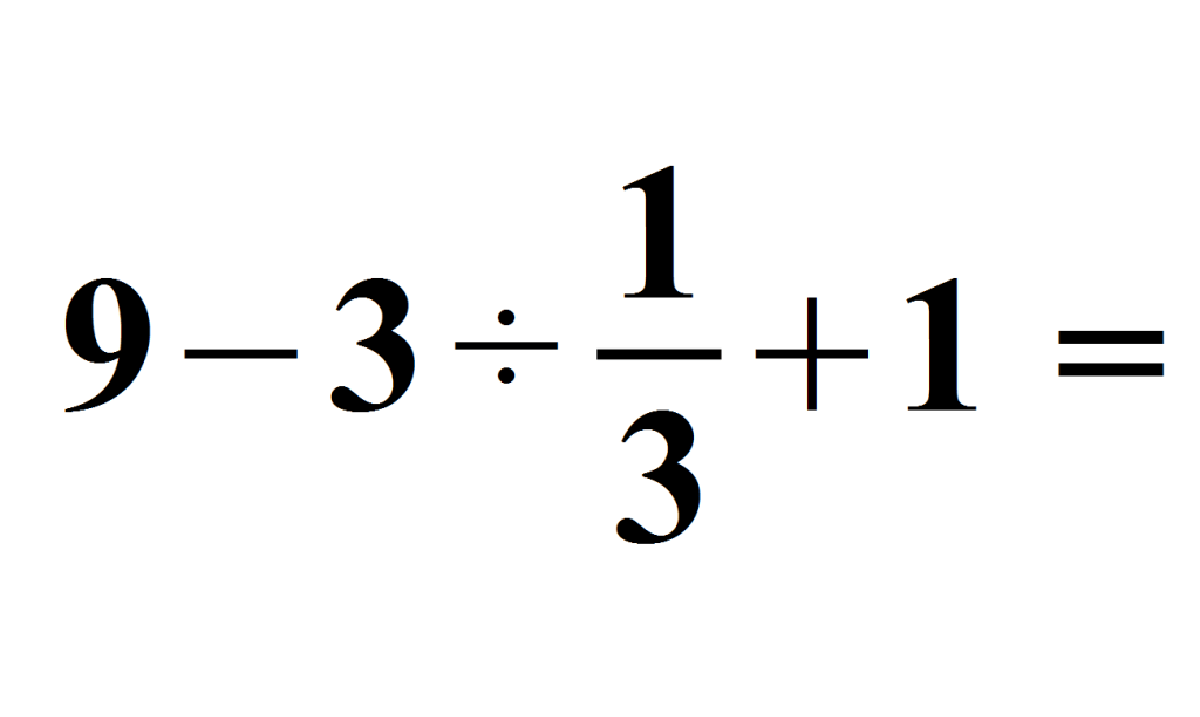 Can You Solve the 5th Grade Math Equation That Has Stumped the Internet?

Lately, internet puzzles, illusions and brain teasers have become quite popular on social media. If you haven’t seen this one before, then you are in for a treat….(Maybe, anyways.)

One of the more recent viral equations has people across several platforms stumped. Many are unable to figure things out on their first tries but once they really break it down a few times things become quite clear.

According to Mind Your Decisions, a recent test actually found only sixty percent of Japanese 20-year-olds were able to solve this equation. This a big drop in performance considering back in the 1980s almost ninety percent were able to solve it. No, it’s not a complicated letter problem, it’s merely a little addition, subtraction, and division with one fraction added in the middle.

Now, right off the bat, you might be reminded of PEMDAS. PEMDAS stands for the order in which you’re supposed to do the different kinds of calculation, right? It stands for parenthesis, exponents, multiplication, division, addition, and then subtraction. That being said, this isn’t exactly as clear cut as you might think. If you think the answer is 9, you are wrong.

While it might not be obvious right away, the correct answer is hiding right under your nose. If you’re using a calculator to get your answer then chances are the relationship between the 3 and the 1/3 is being misrepresented. First, you pull the division symbol and then from there you solve the equation.

The correct answer is actually 1. While it is a simple problem with a simple answer, if you’re not in the 3-5th grade you might not remember exactly how to get it right without a little effort. Math is something that if you don’t use you will lose even if people think the opposite.

This problem is broken down as follows:

Could you solve it?