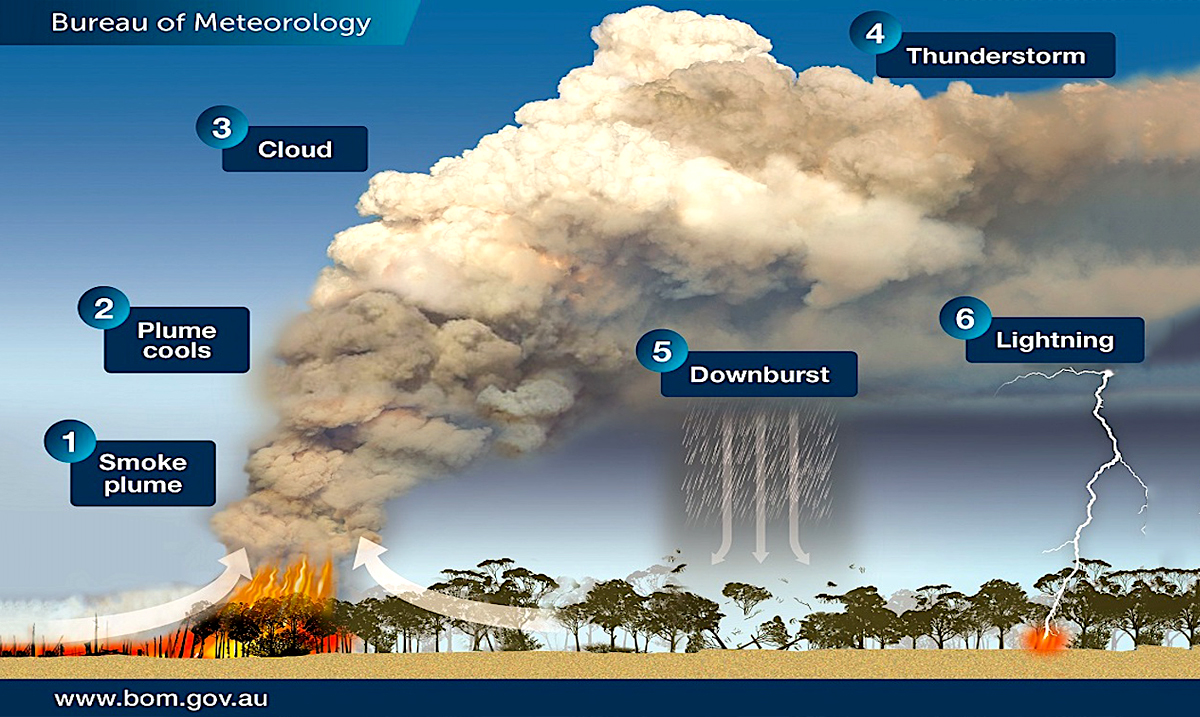 As you may already be aware right now Australia is having serious problems with bushfires. These bushfires are so severe that they’ve killed tons of animals and wreaked serious havoc on the environment as a whole. 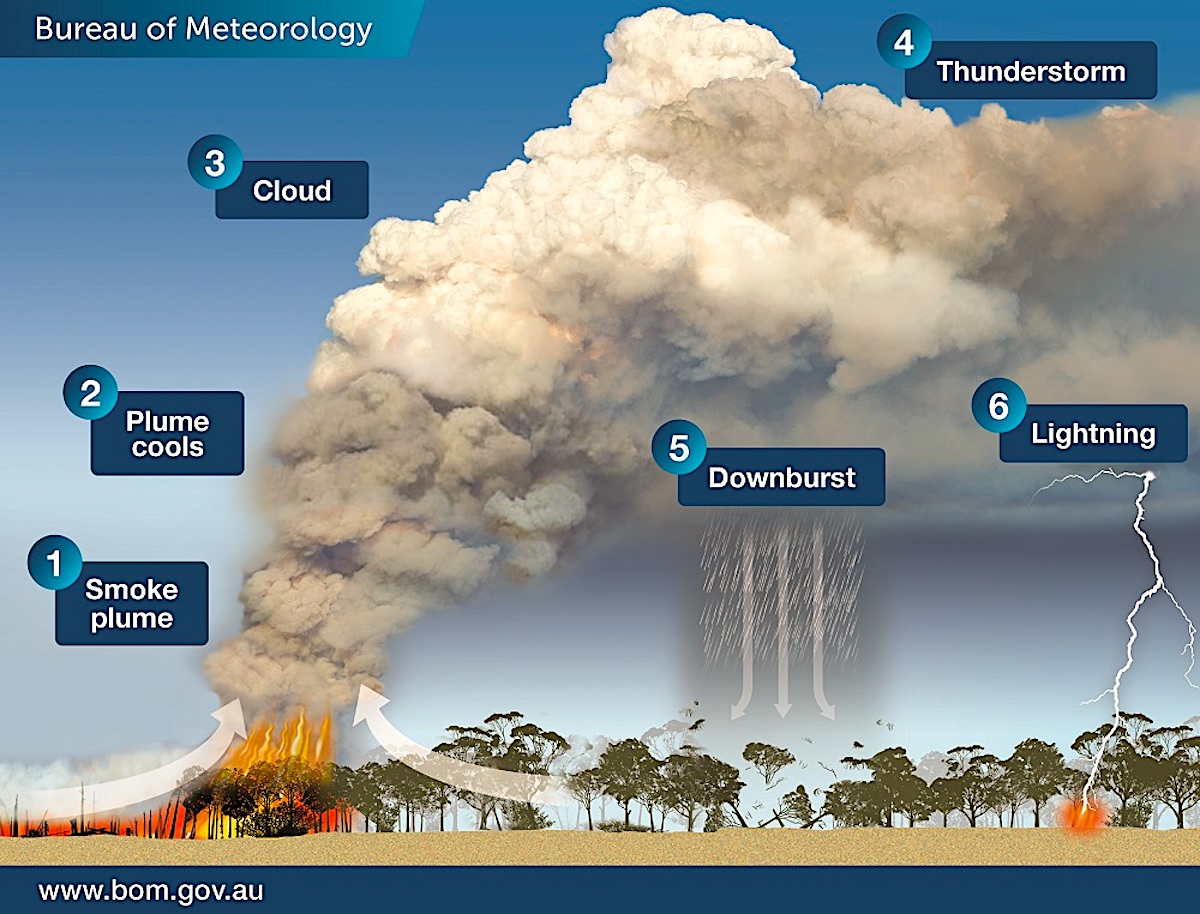 A diagram showing how pyrocumulonimbus clouds are formed. Bureau of Meteorology, Victoria

Things are getting much worse in recent times as it seems warnings are going out regarding these bushfires ‘developing their own weather systems.’ You see, according to Reuters they’re generating so much heat that they’re causing dry lightning storms and fire tornadoes. Yes, fire tornadoes.

Pyro-cumulonimbus clouds have developed to altitudes over 16km in East #Gippsland this afternoon. These fire-induced storms can spread fires through lightning, lofting of embers and generation of severe wind outflows #VicWeather #VicFires pic.twitter.com/gZN6sC7meU

These weather conditions are happening because pyrocumulonimbus clouds have formed. These fire tornadoes and dry lightning storms are extremely dangerous especially amidst the bushfires themselves. Reuters actually mentioned that one RFS firefighter was killed not too long ago as a result of a fire tornado that was formed because one of these pyrocumulonimbus clouds collapsed. It literally rolled over the fire truck that he was inside.

While the whole concept sounds like something out of a post-apocalyptic film, it is a reality for those present in these areas fighting these fires. These kinds of storms overall are violent and unpredictable at best. They can even shoot embers still hot enough to start new fires thus creating more and more damage as they move about. These storms change everything and make these bushfires even more of a danger.

Business Insider reported as follows on the topic just days ago:

The bushfires in Australia are now so big that they are generating their own weather, in the form of giant thunderstorms that start more fires, according to the Bureau of Meteorology in Victoria.

“Pyro-cumulonimbus clouds have developed to altitudes over 16km in East #Gippsland this afternoon. These fire-induced storms can spread fires through lightning, lofting of embers and generation of severe wind outflows,” the bureau tweeted on Monday.

Intense fires generate smoke, obviously. But their heat can also create a localized updraft powerful enough to create its own changes in the atmosphere above. As the heat and smoke rise, the cloud plume can cool off, generating a large, puffy cloud full of potential rain. The plume can also scatter embers and hot ash over a wider area.

To see for yourself how these kinds of clouds progress into something deadly or how these bushfires are affecting Australians please check out the videos below. While we cannot stop this from happening the more aware we are of it the better. Please keep everyone in Australia in your thoughts as they battle these bushfires. Things really do seem to be getting worse and if these bushfires don’t get under control soon, who knows how drastic things could become? This is in every sense of the word a crisis.