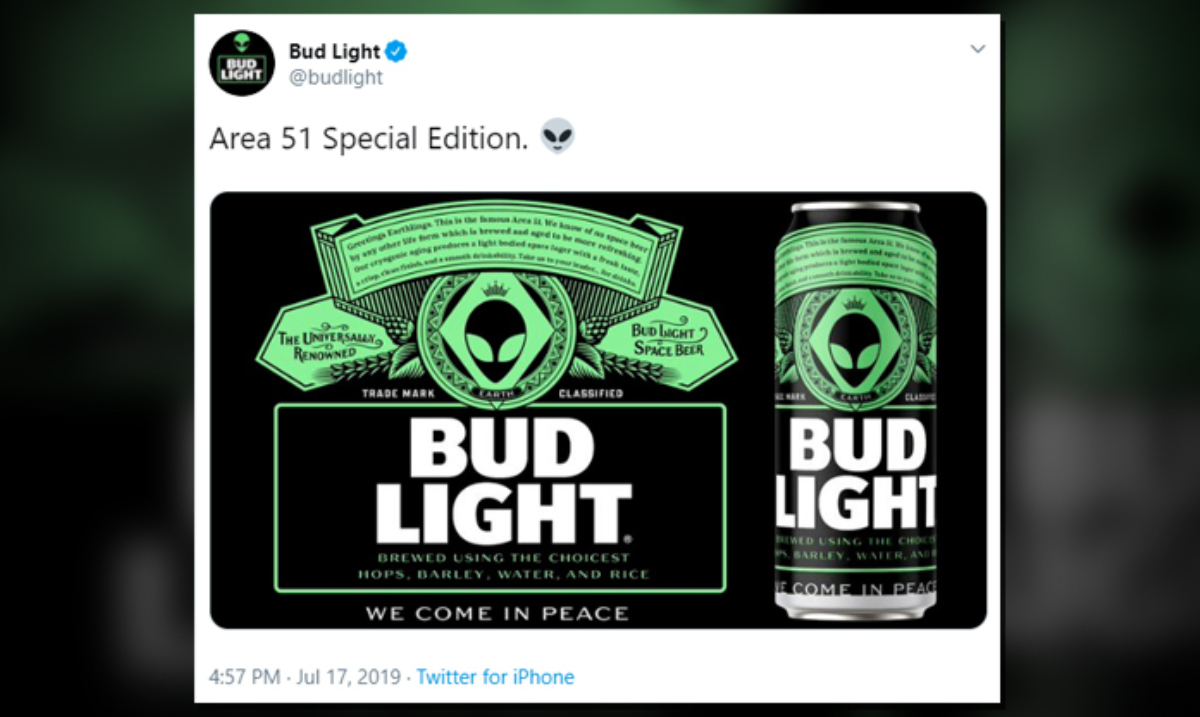 On Monday, Bud Light Tweeted that they would like to ‘be the first brand to formally announce that we will not be sponsoring the Area 51 raid.’ However, later in the week, they changed their tune and stated, ‘Screw it. Free Bud Light to any alien that makes it out.

Screw it. Free Bud Light to any alien that makes it out. https://t.co/AOWOYL3Oyp

Shortly thereafter, they released a photo of their ‘Area 51 Special Edition’ beer. The green and black beer bottle labels read, ‘Greetings Earthlings. This is the famous Area 51.’

“We know of no space beer by any other life form which is brewed and aged to be more refreshing,” the label continued. “Our cryogenic aging produces a light-bodied space lager with a fresh taste, a crisp, clean finish, and a smooth drinkability.”

“Take us to your leader,” it added. The promotion also featured the message: “We come in peace.”

On June 27th, a group was created that has promoted ‘Storming Area 51,’ and while the group was intended to be a meme posting extravaganza, it has caught quite the following, with some people who have even taken the intentions to heart. With that being said, most people are aware of the joke and have taken it to extreme heights.

Following suit, brands like Bud Light and Lego have made various posts joking with the page, and even including the mottos of the group and Alien highlights to their products. What do you think? Would you crack open a cold one with an Alien? If so, perhaps the new Bud Light is just the thing for you…