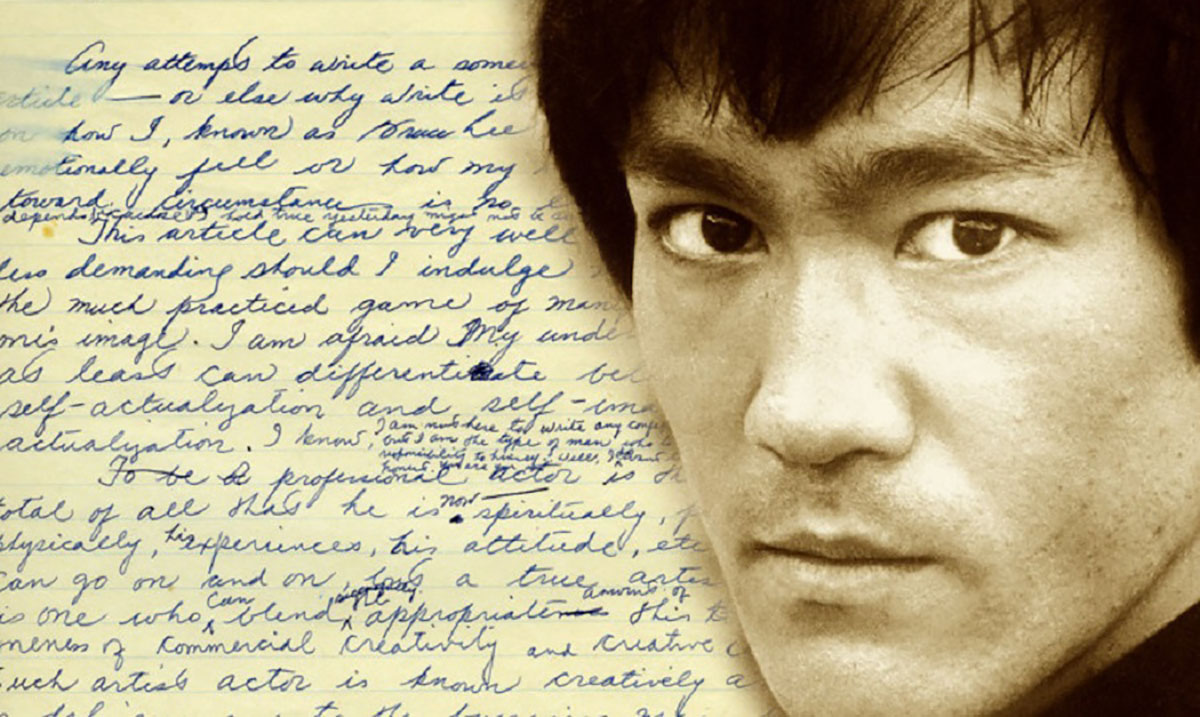 For anyone who may not be aware, Bruce Lee kept a small ‘journal’ of his private thoughts. Lee has been known for his roles in films and martial arts skills but he was so much more than he has been given credit for. In fact, this man was far wiser than anyone could have imagined.

Bruce Lee is easily one of the most underrated ‘hidden’ philosophers I have ever come across. We are able to read parts of his journal thanks to the Bruce Lee Estates and I could not be more grateful. As you may know, martial arts has a lot to do with spirituality. It involves understanding life at all stages and comes with a lot of commitment.

In his writings he went over his ‘spiritual awakening’ and it is something we all need to read. His personal journey to awareness was intense and special. While these things were never published they are extremely important. If you are wondering who you are and where you should go from here this might give you a good idea. 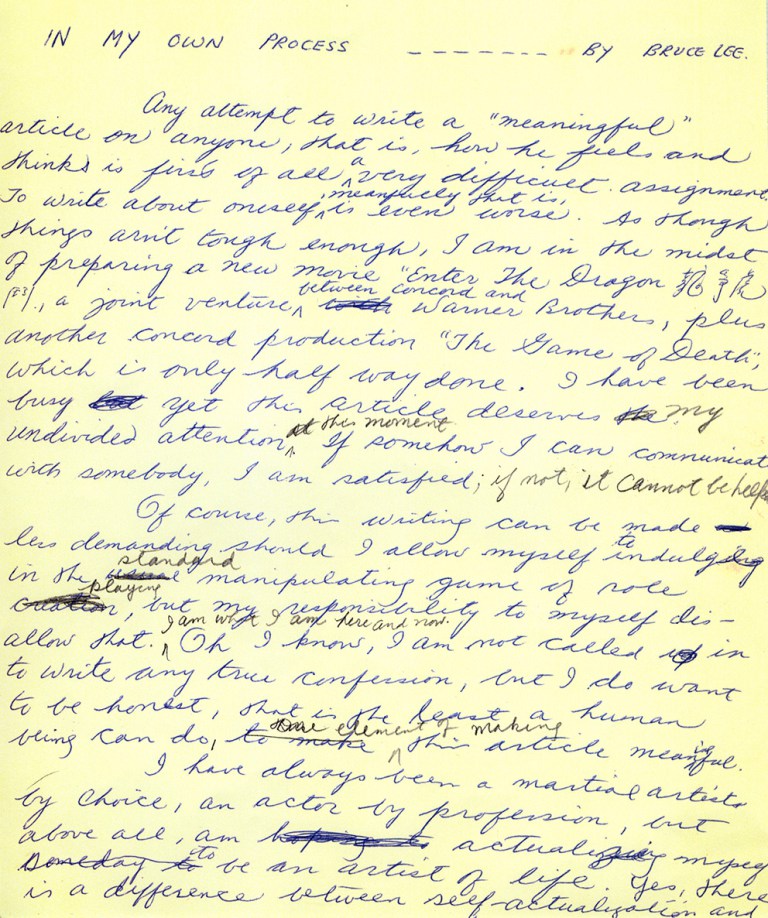 In his writings Lee has said as follows in regards to his awakening:

“At the moment I’m wondering for whom am I writing this organized mess? I have to say I am writing whatever wants to be written.

I have come to the realization that sooner or later what it really amounts to is the bare fact that even an attempt to really write something about one’s self-demands, first of all, an honesty towards oneself to be able to take responsibility to be what we actually are.

What it boils down to is my sincere and honest revelation of a man called Bruce Lee. Just who is Bruce Lee? Where is he heading? What does he hope to discover? To do this a person has to stand on his own two feet and find out the cause of ignorance. For the lazy and hopeless, they can forget it and do what they like best.”

“Of course, this writing can be made less demanding should I allow myself to indulge in the standard manipulating game of role-playing, but my responsibility to myself disallows that… I do want to be honest, that is the least a human being can do… I have always been a martial artist by choice, an actor by profession, but above all, am actualizing myself someday to be an artist of life. Yes, there is a difference between self-actualization and self-image actualization.”

“I have come to accept life as a process, and am satisfied that in my ever-going process, I am constantly discovering, expanding, finding the cause of my ignorance, in martial art and especially in life. In short, to be real…

The truth is that life is an ever going process ever renewing and it just meant to be lived but not lived for. It is something that cannot be squeezed into a self-constructed security pattern, a game of rigid control and clever manipulation. Instead, to be what I term “a quality human being” one has to be transparently real and have the courage to be what he is.”

“Where some people have a self, most people have a void, because they are too busy in wasting their vital creative energy to project themselves as this or that, dedicating their lives to actualizing a concept of what they should be like rather than actualizing their potentiality as a human being, a sort of “being” vs. having — that is, we do not “have” mind, we are simply mind. We are what we are.”