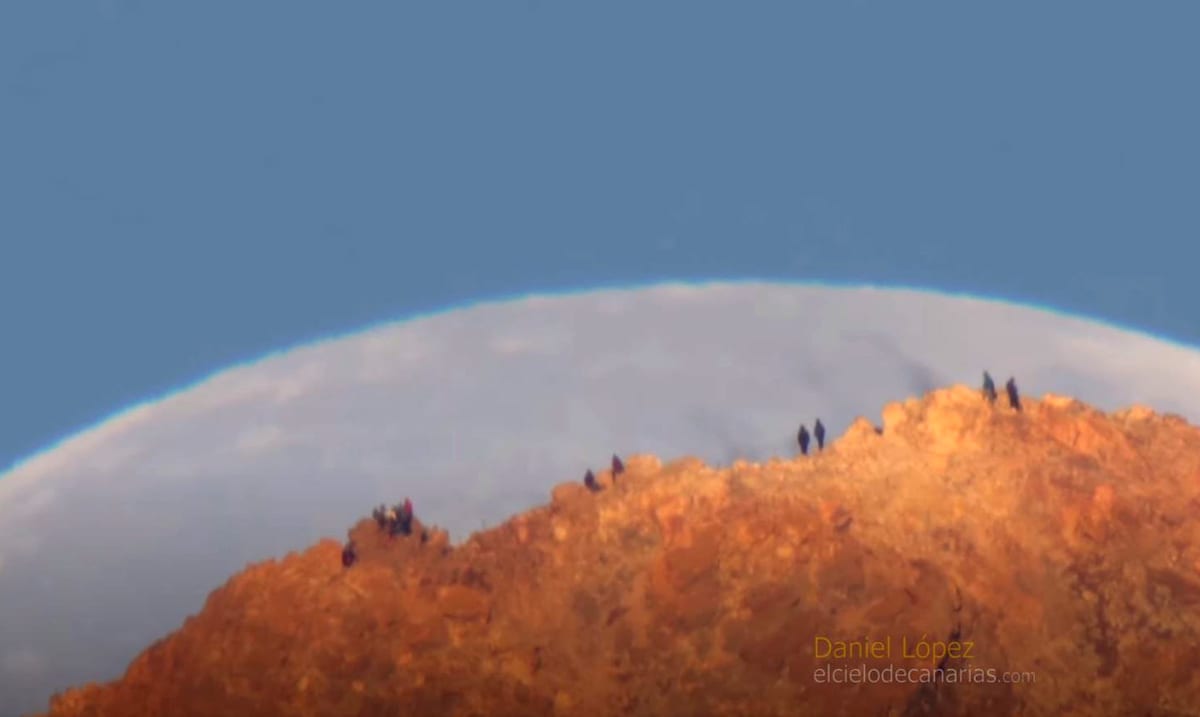 Breathtaking Video Of The Moon ‘Falling’ to Earth

Could you imagine looking up out of the blue to see the moon looking as if it were in the process of basically falling out of the sky? Well, I for one would probably pass out, but the footage taken left me breathless.

NASA’s Astronomy Picture of The Day for June 4th of this year (2018) actually seems to be capturing exactly what I described above. While the moon was not falling and was nowhere near as big as it looks in the images or video footage it is still quite amusing. This video was taken of the view of Mount Teide, a volcano in the Canary Islands and it is mesmerizing in more ways than I can describe.

This video was recorded through a telescopic lens from a very far distance. This was the first full moon of May and was captured back in May, as I am sure you assumed. While to the people you see in the video the moon doesn’t look anything near like it does in this video. The distance is what makes all the difference.

This is something known as the ‘moon illusion.’ It happens for a number of reasons also, the speed you are seeing it at is not sped up as interesting as that might be.  It just reminds me of how mysterious and fascinating the universe really is.

The moon illusion for those who may be a bit confused is:

Even as far back as the 4th century B.C., Aristotle noted the apparent hugeness of the horizon-hugging Moon compared to it viewed overhead. Back then, it was attributed to magnification by the atmosphere, but now we know the Moon illusion all in our head. Photos of the rising and meridian moons show them as identical in size.

To see for yourself, take a sheet of paper and roll it up into a narrow tube. Point it at the rising Moon and adjust the tube’s size until it’s a little larger than the Moon’s diameter. Tape the tube so its size stays the same and look at the Moon again a few hours later when it’s higher in the sky. You’ll see it fills the same space.

The Moon illusion not only applies to the Moon but also to the constellations. Many observers have noticed this when viewing constellations near setting or rising compared to mental images of those same groups viewed higher up. Just the other night I caught sight of the trapezoid-shaped “Keystone” of Hercules setting in the northwest. It was huge! That was my first impression, but interestingly, the sensation faded the longer I looked.

I believe this is one of the best examples of how mysterious this universe really is. Isn’t it marvelous?