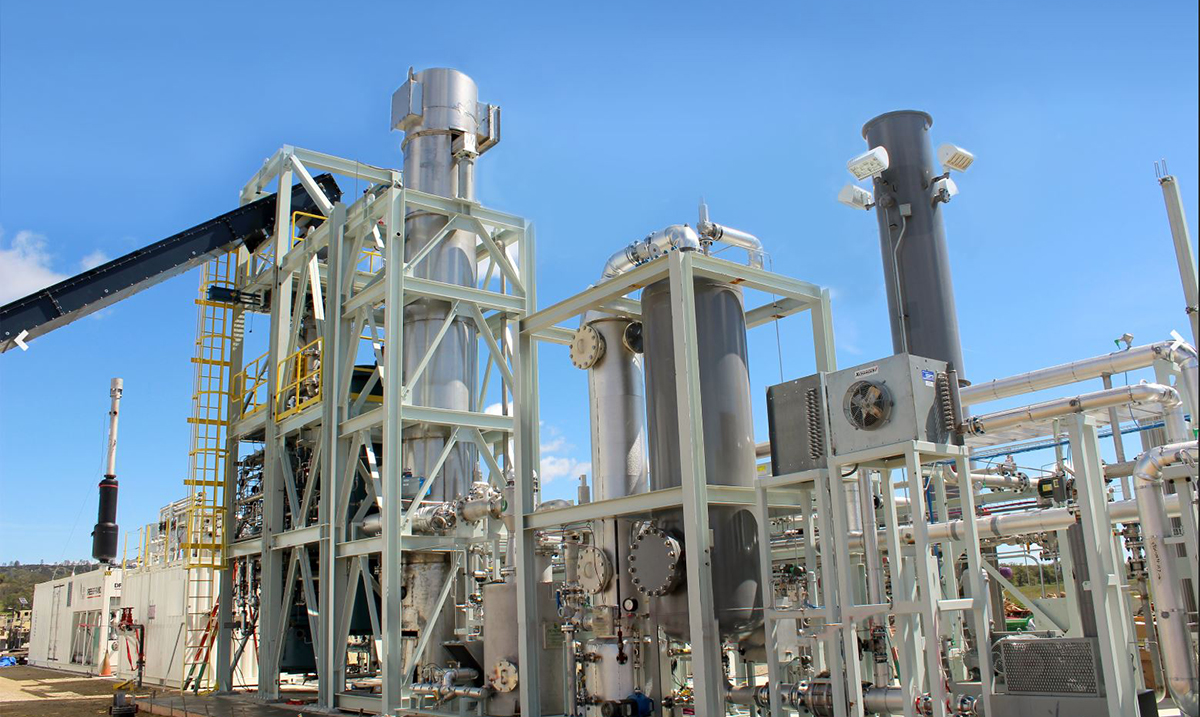 By Gerald Sinclair September 7, 2019 No Comments

We can all agree that in this day and age we have a very serious trash problem. The level of waste we produce is far more intense than it should have ever gotten, and we’re not doing much about it all the while killing our planet with each day that passes.

When it comes to non-recyclable waste, we just don’t know what to do. We pile it up in landfills and mix it with other things to the point where our environment as a whole is suffering. Many people throughout the years have worked to try to figure out a means of resolving this issue and if nothing else at least reducing the levels of trash but most have not managed to get anywhere. That being said, The Sierra Energy company might have a secret weapon under their sleeve that could change EVERYTHING.

This secret weapon is something known as a blast furnace and it is not the same as any ordinary blast furnace. It uses FastOx gasification technology to heat the trash placed within it to a degree well over four thousand Fahrenheit. This for those who do not know is an extreme heat that nothing could survive.

According to the Sierra Energy website, FastOx gasifiers employ a fixed-bed system that breaks down waste at a molecular level. They feed waste into the top of the vessel and from there inject purified oxygen and steam through the base. This causes a reaction that allows the waste to pass through several reaction zones until it reaches the hottest area within the base itself. Once all is said and done, the waste within it is turned into literal carbon char and through all of this energy is created.

Sierra Energy wrote as follows in regards to this process:

Injected oxygen and steam react with the carbon char to produce synthesis gas (syngas), comprised predominately of carbon monoxide and hydrogen. This reaction is highly exothermic, meaning that it releases a large amount of energy in the form of heat. The syngas and heat rise through the gasifier, interacting with the waste as it descends through the vessel. Syngas exits the top of the gasifier vessel and into the heat recovery and gas cleaning isles.

A key innovation of FastOx gasification is the optimized rate and position of oxygen and steam injection into the gasifier. This drives the complete conversion of waste into its molecular constituents without the production of any major byproducts that require additional disposal. The ultra-high temperatures and the use of purified oxygen (as opposed to nitrogen-rich ambient air) avoids greenhouse gas emissions because it eliminates nitrogen from the process and preventing the formation of harmful substances such as nitrogen oxides (NOx).

This amazing technology provides a very minimalistic means of processing waste properly. It doesn’t cost a fortune to operate and is able to produce a very sustainable source of energy as noted above which is mind-blowing. This, in the end, is a lot cleaner than even California fuel standards and better for the environment than most people will ever care to stop and realize.

For more on this amazing and interesting gasification chamber of sorts please feel free to check out the video below. I for one would be ecstatic if this became something used on a widespread scale. Our planet deserves better, so we should be working to do better.