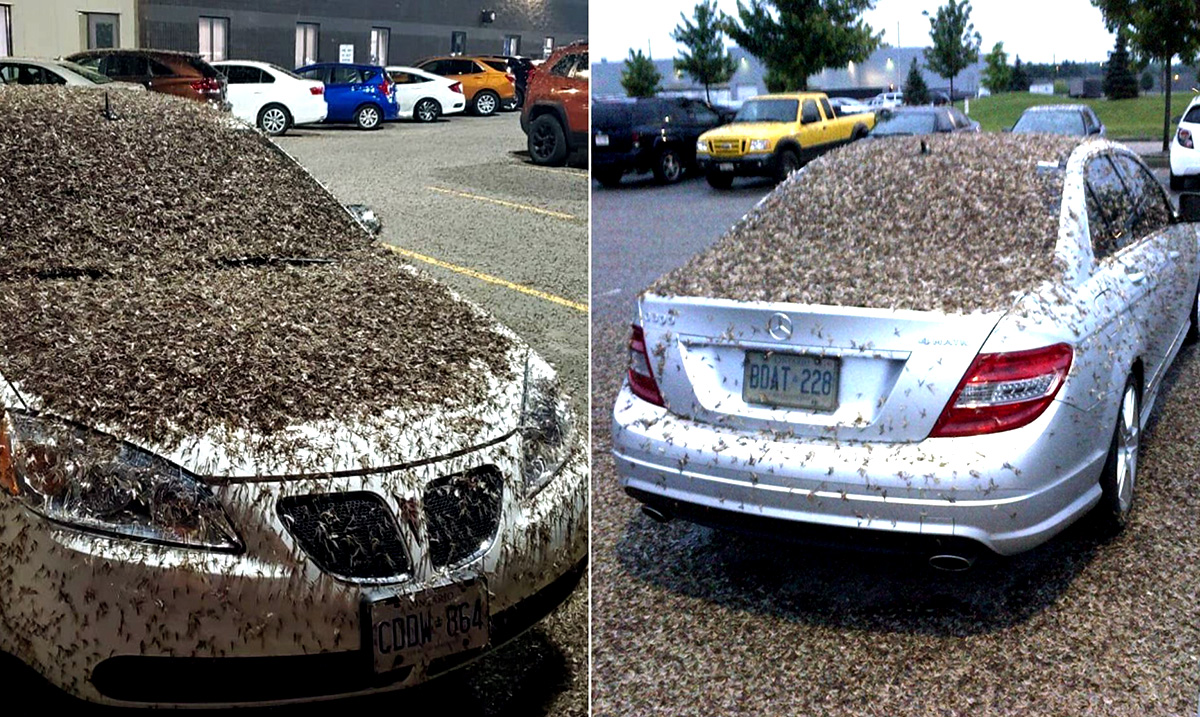 Billions Of Mayflies Swarm Midwest, Even Showing Up On Weather Maps!

A massive swarm of Mayflys is making their way into the U.S, and some have referred to it as an invasion. With that being said, if you have never seen a swarm of Mayflys, when they are swarmed together they look like a massive patch of dirt, especially on the radar.

This genus of animal hatches around the Great Lakes in late June and early July. On one radar, you can see the ascent and downward drift of a billion fishflies over western Lake Erie. And the footage has gone viral. The fact that Mayflys are coming into the area in swarms is nothing new, however, the size of the group that is traveling seems to be what has gotten everyone’s attention.

“We can see that sometimes. It can be birds, it can be bats, it can fly; they will show up sometimes on weather radar,” said AccuWeather Meteorologist Brian Thompson, speaking live on WWJ Newsradio 950 Thursday.

And the swarm itself will be shortlived, but when their swarms are this massive they can be a bit difficult to handle. It’s likely we will be finding their carcasses on sidewalks, lawns, and roads. If you have never experienced a Mayfly swarm checks the following video out by National Geographic. Now, envision that swarm as about three times as bad. With that being said, we won’t have anything major to deal with.

The worst parts will be cleaning their innards off of our car windows, sidewalks, etc. Oh, and the mouthful of bug you may end up with. But the world isn’t coming to an end quite yet.