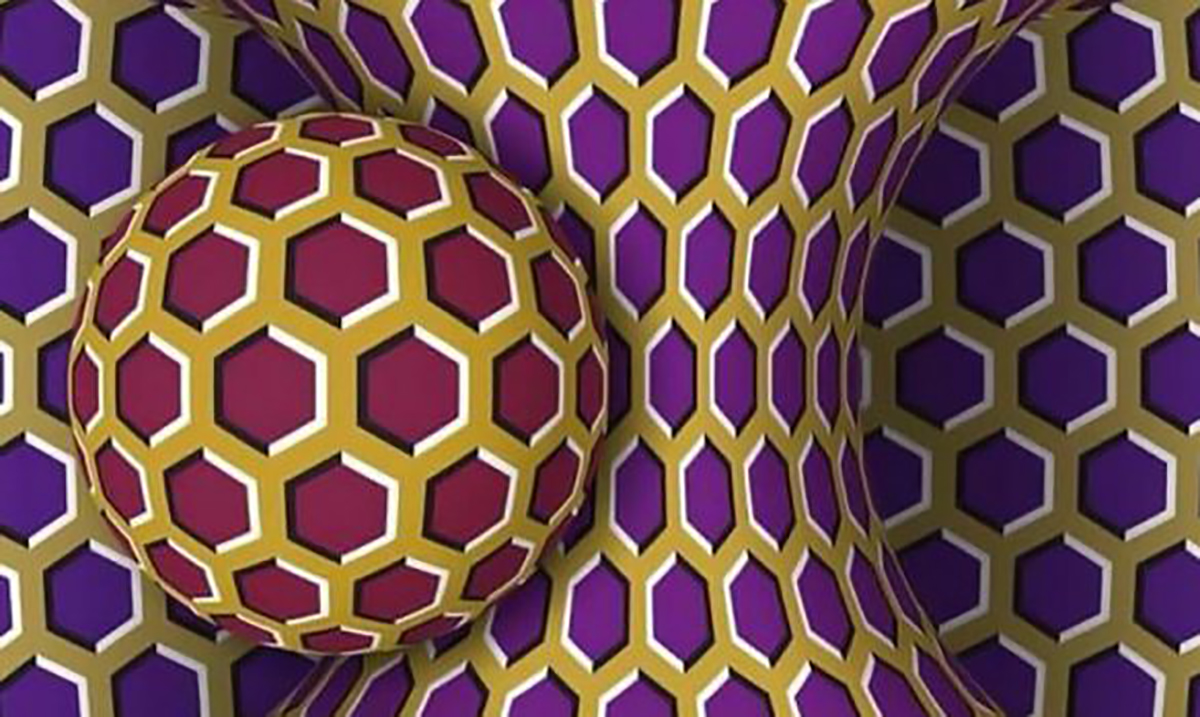 Believe It Or Not, This Image Isn’t Moving, Your Brain is Just Messing With You

Optical illusions are things that people seem to really be obsessed with in recent times. Sometimes the things we see really just don’t appear as they truly are.

One optical illusion that has been circulating lately has been blowing people away. It appears as if it is moving even though it isn’t. No matter how long you look at it, it just doesn’t stop moving. Alice Proverbio shared this image on Twitter and ever since the internet has been in shock.

Proverbio for those who are not aware is a cognitive neuroscience professor at the University of Milano-Bicocca in Italy. She knows all too well the way in which this image works within our minds and breaks it down properly. It might seem like a trick but it’s just your visual cortex pushing itself into overdrive.

Proverbio said as follows in some of her tweets explaining this illusion:

“V5 (or MT) is the cortical area devoted to motion processing, while V4 is devoted to color and shape (like the Pentagon) processing. V4 neurons are saturated so much that the basal/rest firing rate of MT neurons is interpreted as an actual sensory signal.”

“It strictly depends on receptive field sizes (the illusion changes as a function of viewing distance), V4 preference for spirals and spheres, MT involvement in 3D and stereopsis: it is a very complex interaction, rarely leading to such illusions!”

“It basically represents an example of Competition within the visual cortex, whenever a signal is attenuated or suppressed for whatever reason other inputs get the chance to be represented at higher cognitive levels, thus accessing percipient awareness.”

yes! a lot of feedback and feedforward interactions! pic.twitter.com/uMnZCuNHdu

Basically, with this illusion, our mind is fighting with itself and no one is really willing. One part is conflicting with the other and everything is in motion because of that. As someone who has never seen this kind of illusion before I was truly blown away. Isn’t it amazing?