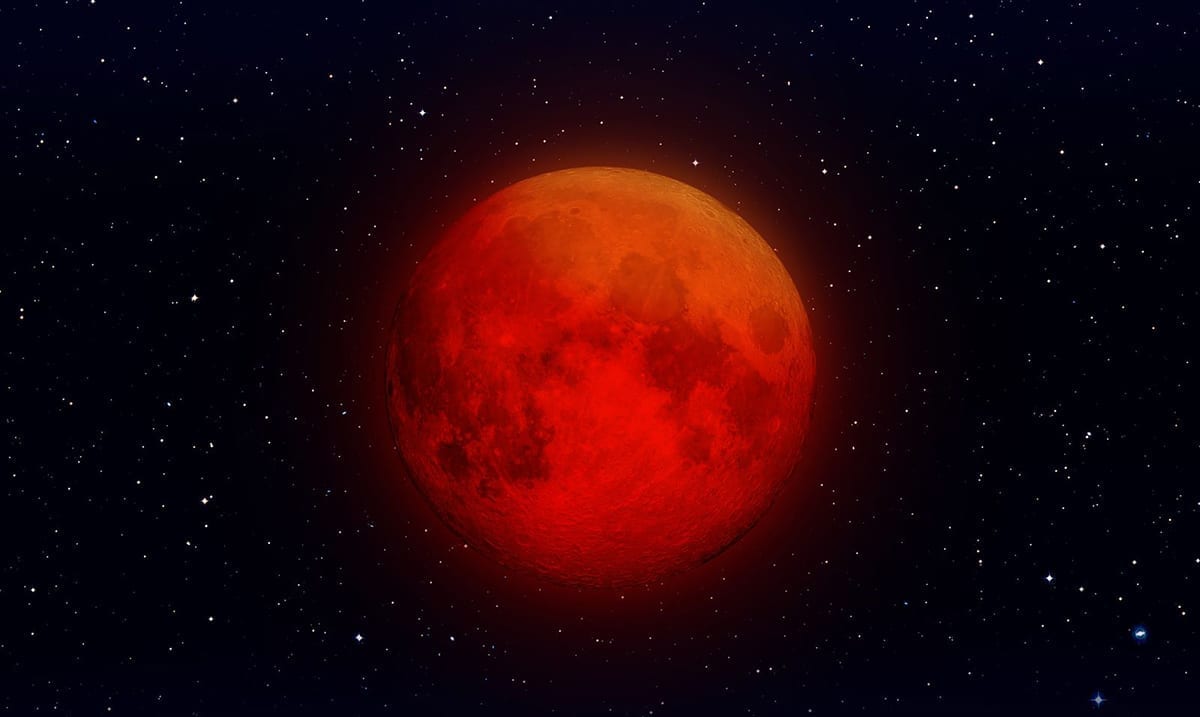 For those who do not know, yes, back in 1110 the moon itself disappeared. While this was a very long time ago, it was an event that until recently we could not come up with an explanation for.

By analyzing ice cores taken from deep within glaciers and ice sheets researchers have managed to uncover something quite interesting. You see, these ice cores have sulfur trapped aerosols within them which after looking at more data and really breaking things down leads some researchers to believe that years before the moon disappeared in this instance there were several volcanic eruptions. Those eruptions being across the globe and pushing forth sulfur into the atmosphere itself. Because of these eruptions, there was a thin layer of dust in the air and the atmosphere itself was quite polluted.

That leading to the conclusion that a lunar eclipse had occurred on the night the moon disappeared, this playing into the things left behind by the volcanic eruptions as they made it darker and left the moon seemingly invisible. While this might sound like a simple explanation, it took a lot to get here and there is a lot more to it than you’d think. While this is not something set in stone just yet, it makes a lot of sense and we hope it can be proven through more intensely in the future. These findings were published in Scientific Reports under the title ‘Climatic and societal impacts of a “forgotten” cluster of volcanic eruptions in 1108-1110 CE.’

Recently revised ice core chronologies for Greenland have newly identified one of the largest sulfate deposition signals of the last millennium as occurring between 1108 and 1113 CE. Long considered the product of the 1104 CE Hekla (Iceland) eruption, this event can now be associated with substantial deposition seen in Antarctica under a similarly revised chronology. This newly recognized bipolar deposition episode has consequently been deemed to reveal a previously unknown major tropical eruption in 1108 CE. Here we show that a unique medieval observation of a “dark” total lunar eclipse attests to a dust veil over Europe in May 1110 CE, corroborating the revised ice-core chronologies. Furthermore, careful evaluation of ice core records points to the occurrence of several closely spaced volcanic eruptions between 1108 and 1110 CE. The sources of these eruptions remain unknown, but we propose that Mt. Asama, whose largest Holocene eruption occurred in August 1108 CE and is credibly documented by a contemporary Japanese observer, is a plausible contributor to the elevated sulfate in Greenland. Dendroclimatology and historical documentation both attest, moreover, to severe climatic anomalies following the proposed eruptions, likely providing the environmental preconditions for subsistence crises experienced in Western Europe between 1109 and 1111 CE.

What do you think about these findings? They should pretty convincing now, don’t they? I for one think these researchers may have figured something out, big time.