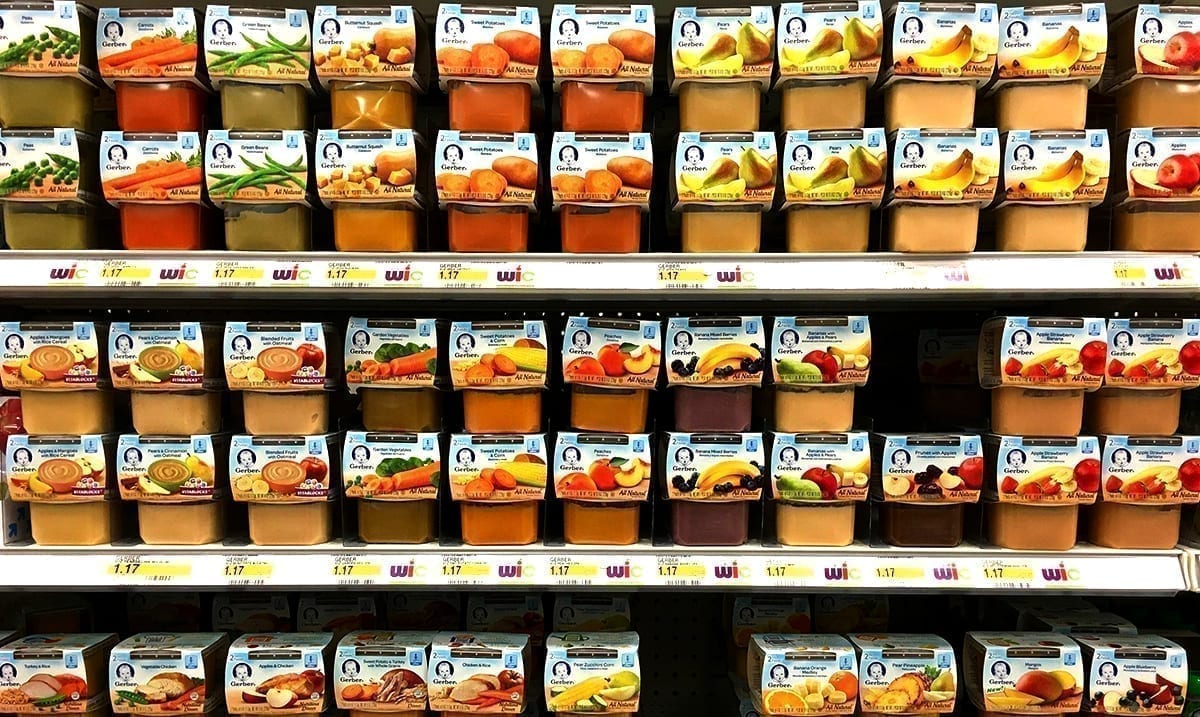 By Gerald SinclairFebruary 6, 2021No Comments

When it comes to things like baby food you would assume that companies would be much more careful but apparently, some things are slipping through that definitely shouldn’t be. A recent congressional report has been making headlines as some mind-blowing things are being brought to light as a result.

According to CNN, four leading baby food manufacturers have knowingly sold baby food that ‘contained high levels of toxic metals.’ This all coming from a congressional investigation that was released Thursday. If you use baby food, you need to be aware of this.

“Dangerous levels of toxic metals like arsenic, lead, cadmium and mercury exist in baby foods at levels that exceed what experts and governing bodies say are permissible,” said Democratic Rep. Raja Krishnamoorthi of Illinois, chair of the House Subcommittee on Economic and Consumer Policy, which conducted the investigation, signed by the Democratic members.

Krishnamoorthi said the spreadsheets provided by manufacturers are “shocking” because they show evidence that some baby foods contain hundreds of parts per billion of dangerous metals. “Yet we know that in a lot of cases, we should not have anything more than single digit parts per billion of any of these metals in any of our foods,” he told CNN.

Arsenic, lead, cadmium and mercury are in the World Health Organization’s top 10 chemicals of concern for infants and children.

As natural elements, they are in the soil in which crops are grown and thus can’t be avoided. Some crop fields and regions, however, contain more toxic levels than others, partly due to the overuse of metal-containing pesticides and ongoing industrial pollution.

“There was a time where we used metals as the predominant pesticide for many years, assuming it was safe,” said Dr. Leonardo Trasande, chief of environmental pediatrics at NYU Langone.

All of these heavy metals have been linked to cancer, chronic disease and neurotoxic effects, but it’s the devastating damage that can be done to a developing baby’s brain that makes baby food toxicity so critical.

The US Food and Drug Administration has not yet set minimum levels for heavy metals in most infant food. The agency did set a standard of 100 parts per billion inorganic arsenic for infant rice cereal, but even that level is considered much too high for baby’s safety, critics say, especially since the FDA has already set a much lower standard of 10 parts per billion of inorganic arsenic for bottled water.

These foods made by some of the largest commercial baby food manufacturers according to The Washington Post as noted in the report contain significant levels of ‘toxic heavy metals, including arsenic, lead, cadmium, and mercury, which can endanger infant neurological development.’ This is not something to take lightly as you will likely agree. When it comes to our babies, we want to make sure they’re not eating anything that could in the long-run hurt them.

The Washington Post reported as follows breaking things down further:

The report released Thursday from the House Oversight Committee’s subcommittee on economic and consumer policy found heavy metals in rice cereals, sweet potato puree, juices and sweet snack puffs made by some of the most trusted names in baby food.

Campbell Soup, which sells Plum Organics baby foods, Walmart (its private brand is Parent’s Choice) and Sprout Foods declined to cooperate, according to members of the subcommittee.

The committee said the findings show the need for more stringent regulation of commercial baby food, including FDA standards for heavy metals, as well as mandatory testing for heavy metals.

What do you think about all of this? I for one am quite blown away and honestly sickened. To learn more on the topic take a look at the video below.