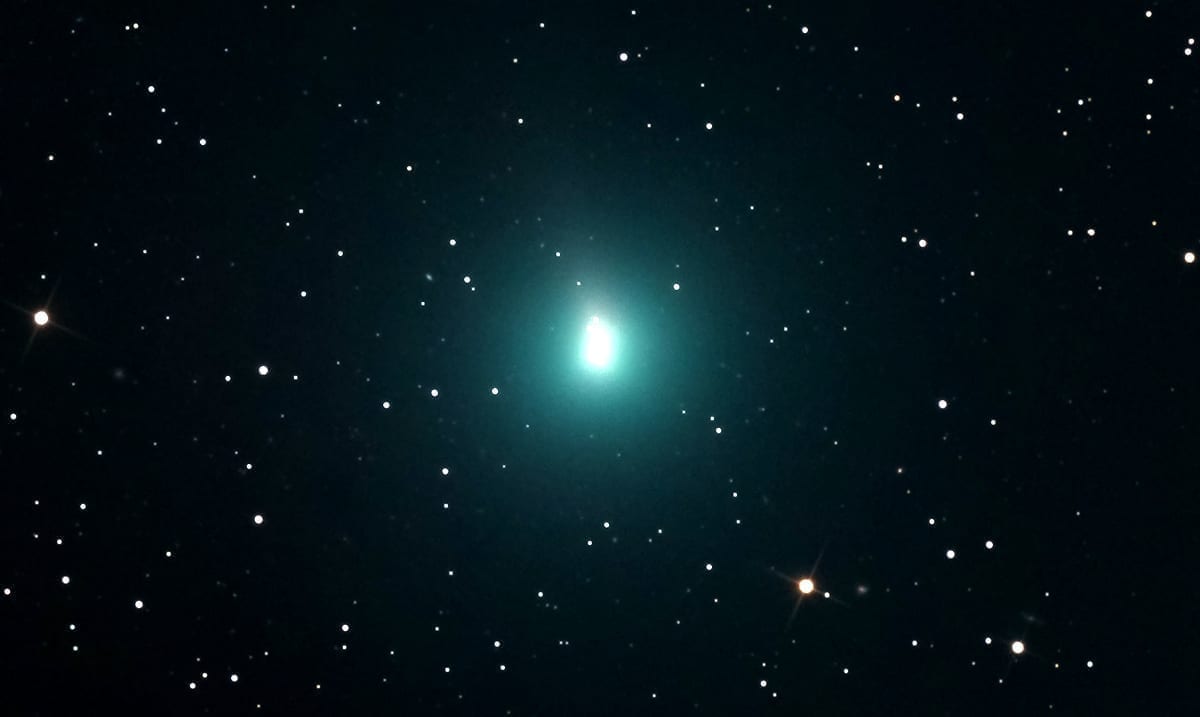 By Gerald SinclairApril 13, 2020No Comments

A comet that those of us here on Earth presently have never seen is about to be visible and well, it’s going to be quite the sight or, so we hope. This comet is known as C0-2019-Y4 Atlas and most refer to it as merely Atlas.

Many astronomers across the world are hoping this specific comet will put on a good show for us all but whether that will prove through is still up in the air. While it has gotten brighter and brighter for a while now, it seems things are not so intense at the moment. This comet’s nucleus disintegrated recently which is not a good sign. According to Earth Sky observations are at the moment suggesting that this comet experienced a break-up event.

While this comet could end up shining brighter than any we’ve seen in quite some time it has to remain as it is and not break down further for that to happen. This comet’s closest approach to Earth will be on May 23rd and that’s a good way from now.

Newsweek reported as follows on the topic:

The reason for the excitement over C/2019 Y4 (ATLAS) is that comets with the potential to become obvious naked-eye objects are rare, according to Don Yeomans, a retired NASA astronomer specializing in comet and asteroid orbits and observations.

In fact, it has been more than two decades since the last spectacularly bright comet—Hale-Bopp—passed by Earth in 1997. However, it would not be unusual for C/2019 Y4 (ATLAS) to disintegrate as it approaches our star—a behavior that is not uncommon for comets that have not been in the inner solar system before.

“Comets are fragile constructs of mostly ices and dust and some have been known to break up and disperse near the sun,” Yeomans told Newsweek. “As the famous astronomer, Fred Whipple used to say, ‘both comets and cats have tails—and both are unpredictable.'”

“The comet, or its fragments, will be visible as it continues to approach the sun but it may not be a naked-eye spectacle. Comets are unpredictable. Whether or not the comet becomes a naked-eye spectacle, a small army of amateur astronomers will be watching with telescopes and binoculars to see if the comet survives its passage by the sun, he said.

Now, whether this comet ends up breaking down more and only being visible through binoculars or a telescope we will end up knowing in the coming weeks I am sure. This comet is whether you end up seeing it or not something to be aware of. It only visits our solar system every 5,500 years according to The Yorkshire Post and that’s mind-blowing.

Cnet wrote as follows about this comet and the recent things that have been happening with it:

Comet Atlas has the potential to put on one of the best shows by a melting space snowball in years, but there’s some early indications that it might be breaking up early and cruising towards a spectacular fizzling instead.

In a note shared via The Astronomer’s Telegram Monday, astronomers Quanzhi Ye from the University of Maryland and Qicheng Zhang of Caltech report that Comet C/2019 Y4, or Atlas, may be falling apart.

“We report the possible disintegration of comet C/2019 Y4 (ATLAS),” they wrote. “Images taken on (April 5) showed an elongated pseudo-nucleus… as would be expected from a major disruption of the nucleus.”

Comets like this one are not easy to predict so, things could still end up putting on quite the show if we are lucky. However, the fact that things like this are being watched and moving around outside of our home planet is truly fascinating. I guess in the end only time will tell what we are actually going to see.