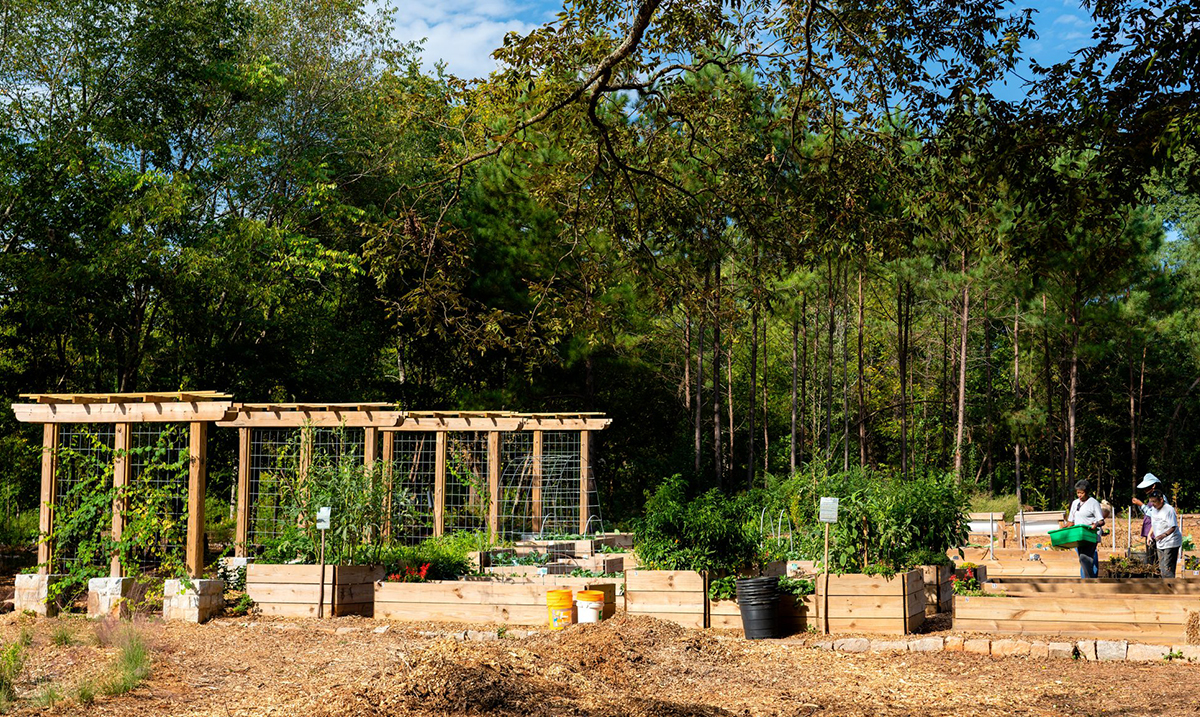 By Harley MansonNovember 29, 2021No Comments

In an amazing turn of events, the city of Atlanta, Georgia turned a 7.1-acre vacant lot near the Lakewood Fairgrounds into a public park and garden, which they refer to as a food forest. As the first of its kind in the state of Georgia, it is the largest in the United States.

Named the Urban Food Forest at Brown’s Mill, the idea was first created in November 2016, after the city received a nearly 90,000 dollar grant from the U.S. Forest Service Community Forest and Open Space Program. Thanks to this and other funding, there are now 2,500 pesticide-free edible and medicinal plants just miles away from the Atlanta airport.

“Access to green space and healthy foods is very important. And that’s a part of our mission,” says Michael McCord, a certified arborist and expert edible landscaper who helps to manage the area.

As a part of Atlanta’s mission to bring healthier food to at least 85% of the local population to residents by 2022, the park and forest vow to help with that effort. Oddly enough, though, since 2014, residential food gardening was made illegal in the city.

With 1 in 3 Browns Mill citizens living below the poverty line, the efforts to thwart hunger have now started in the area, with projects like the Urban Food Forest and others being made towards that. “We host lots of students for field trips, and for a lot of them, it’s their first time at a garden or farm or forest,” said McCord. “So here they get to experience everything urban agriculture and urban forestry all in one day. It’s really special.”

According to CNN, the forest is owned by the parks department with 1,000 volunteers and neighbors that work together to help keep the forest thriving.

Carla Smith, a city councilwoman who helped to start the project, says, “It’s a park for everyone. Every time I go, there’s a community there that respects and appreciates fresh healthy foods. There’s a mentality there that people know to only take what they need.”

For the most part, the workers say that people take only what they need, with local community members being given priority. Currently, there are 70 similar forests in the U.S. and more are coming up each year. “Everything out of park space is a teachable moment, whether it be trees, trails, bees, or vegetables. That’s what’s most important to me — that we’re raising awareness about sustainability and agriculture.”