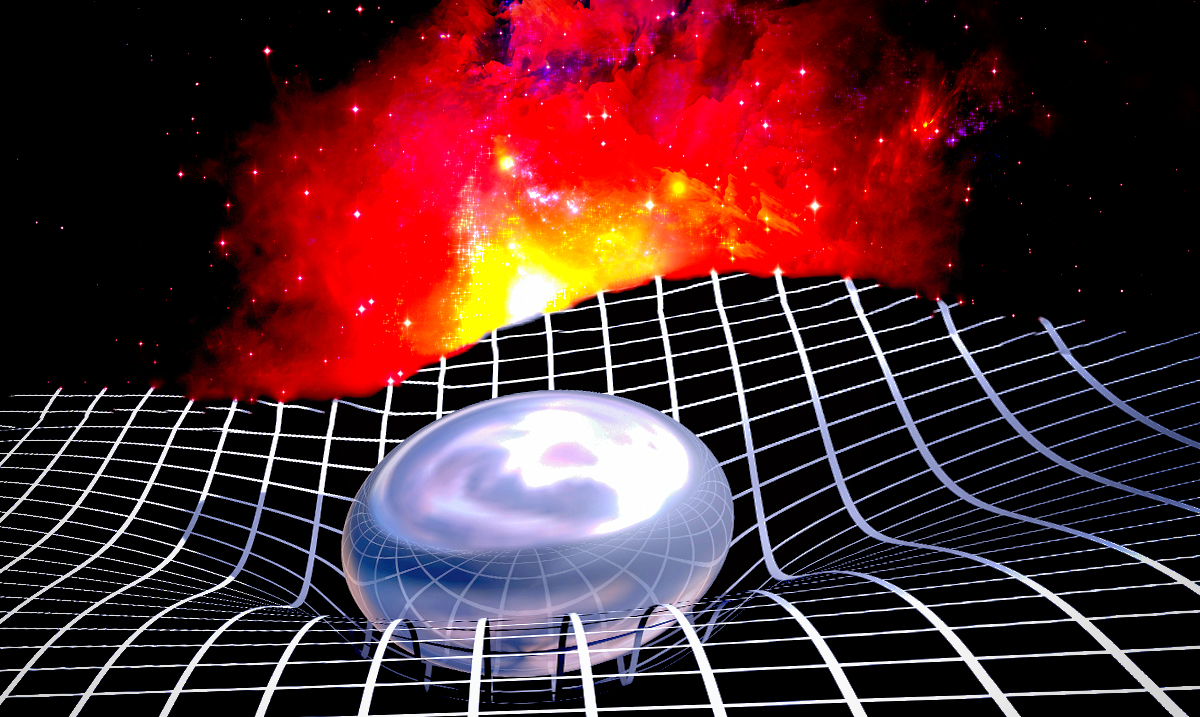 Astrophysicists Witness The Dragging Of Space-Time In Steller Cosmic Dance

By Gerald SinclairFebruary 2, 2020No Comments

While there always seems to be something interesting going on in the world of science and so forth it seems something quite mind-blowing has been noted in recent times. ‘Frame-dragging’ could very well be a thing.

According to the Swinburne University of Technology, an international team of astrophysicists have finally found new evidence of ‘frame-dragging.’ For those who might not be aware, this is something we call the spinning of celestial bodies in relation to how they twist both space and time itself. This could be an enormous find.

This whole ordeal works to prove Einstein’s theory of general relativity when broken down properly and is something he predicted long ago. When finding this these researchers were focusing on PSR J1141-6545 which is a young pulsar about 1.27 times the mass of the Sun itself. This could be up to 25,000 light-years from us here on Earth but is quite possible to see with the proper equipment. These findings were gone over/published just yesterday (January 31st, 2020) in the journal Science and are blowing minds across the globe.

The abstract of these findings goes as follows:

Radio pulsars in short-period eccentric binary orbits can be used to study both gravitational dynamics and binary evolution. The binary system containing PSR J1141–6545 includes a massive white dwarf (WD) companion that formed before the gravitationally bound young radio pulsar. We observed temporal evolution of the orbital inclination of this pulsar that we infer is caused by a combination of a Newtonian quadrupole moment and Lense–Thirring (LT) precession of the orbit resulting from rapid rotation of the WD. LT precession, an effect of relativistic frame-dragging, is a prediction of general relativity. This detection is consistent with an evolutionary scenario in which the WD accreted matter from the pulsar progenitor, spinning up the WD to a period of <200 seconds.

Through this research, it was noticed that frame-dragging itself could explain the tilting orbit they were finding and thus from there were able to come up with the evidence they needed to support the concept itself in their findings. This showing that General Relativity is much more present than some would like to admit. These findings are quite amazing considering some members of this team of researchers have been trekking out to the telescope they’ve been using ever since the early 2000s to map out the orbit of this specific celestial body.

In regards to all of this the Swinburne University of Technology wrote as follows on Psys.org:

Dr. Paulo Freire: “We postulated that this might be, at least in-part, due to the so-called ‘frame-dragging’ that all matter is subject to in the presence of a rotating body as predicted by the Austrian mathematicians Lense and Thirring in 1918.”

Professor Thomas Tauris, Aarhus University: “In a stellar pair, the first star to collapse is often rapidly rotating due to subsequent mass transfer from its companion. Tauris’s simulations helped quantify the magnitude of the white dwarf’s spin. In this system the entire orbit is being dragged around by the white dwarf’s spin, which is misaligned with the orbit.”

Dr. Norbert Wex, Max Planck Institute for Radio Astronomy (MPIfR): “One of the first confirmations of frame-dragging used four gyroscopes in a satellite in orbit around the Earth, but in our system the effects are 100 million times stronger.”

Evan Keane (SKA Organisation): “Pulsars are super clocks in space. Super clocks in strong gravitational fields are Einstein’s dream laboratories. We have been studying one of the most unusual of these in this binary star system. Treating the periodic pulses of light from the pulsar like the ticks of a clock we can see and disentangle many gravitational effects as they change the orbital configuration, and the arrival time of the clock-tick pulses. In this case, we have seen Lens-Thirring precession, a prediction of General Relativity, for the first time in any stellar system.”

Willem van Straten (AUT): “After ruling out a range of potential experimental errors, we started to suspect that the interaction between the white dwarf and neutron star was not as simple as had been assumed to date.”

What do you think about these findings? I for one cannot wait to see what else this brings forth. Isn’t space amazing?