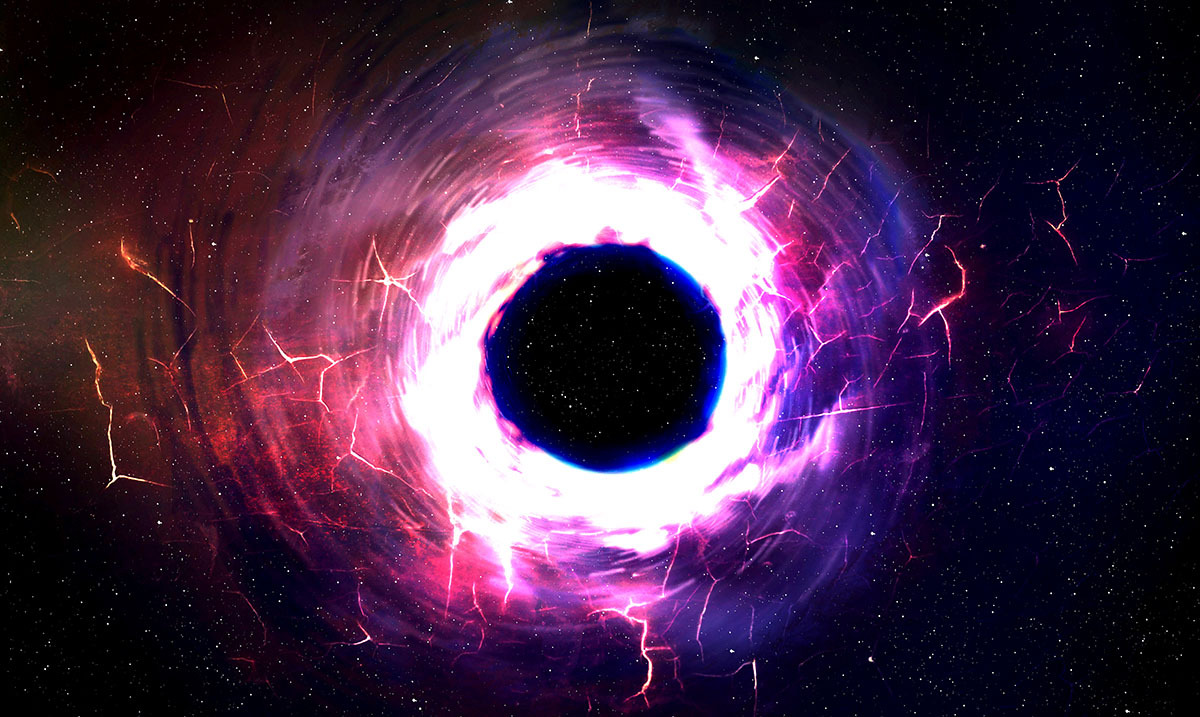 By Gerald SinclairDecember 17, 2019No Comments

While we already know that the galaxy we call our home (the Milky Way galaxy) has a black hole present at its center with an enormous mass but because it is so far away and literally a black hole, we don’t know as much about it as we would like to. That having been said, it seems something quite interesting has recently been brought to the light about this black hole and it makes a lot of sense.

Just days ago an astrophysicist named Smadar Naoz had an article published in The Conversation about her thoughts and some of her findings in regards to the black hole at the center of our galaxy and the likelihood that it has a ‘friend.’ This suggesting that there could be more than one black hole lingering in that area.

You see, based on Naoz and her team’s observations it seems that there could be a smaller seemingly hidden black hole somewhere near the main one. The supermassive black hole at the center of our galaxy is called Sgr A* but anything else that may be present is still unnamed as it has not been confirmed just yet. She noted that based on the things they’ve seen it could be possible for there to be more than one black hole but also that the second is likely a lot smaller than Sgr A* but still at least 100,000 times the mass of the Sun itself.

Naoz wrote as follows in her article:

To understand this idea, we need to go back to when the universe was about 100 million years old, to the era of the very first galaxies. They were much smaller than today’s galaxies, about 10,000 or more times less massive than the Milky Way. Within these early galaxies the very first stars that died created black holes, of about tens to thousand the mass of the Sun. These black holes sank to the center of gravity, the heart of their host galaxy. Since galaxies evolve by merging and colliding with one another, collisions between galaxies will result in supermassive black hole pairs — the key part of this story. The black holes then collide and grow in size as well. A black hole that is more than a million times the mass of our sun is considered supermassive.

If indeed the supermassive black hole has a friend revolving around it in close orbit, the center of the galaxy is locked in a complex dance. The partners’ gravitational tugs will also exert its own pull on the nearby stars disturbing their orbits. The two supermassive black holes are orbiting each other, and at the same time, each is exerting its own pull on the stars around it.

The gravitational forces from the black holes pull on these stars and make them change their orbit; in other words, after one revolution around the supermassive black hole pair, a star will not go exactly back to the point at which it began.

Using our understanding of the gravitational interaction between the possible supermassive black hole pair and the surrounding stars, astronomers can predict what will happen to stars. Astrophysicists like my colleagues and I can compare our predictions to observations, and then can determine the possible orbits of stars and figure out whether the supermassive black hole has a companion that is exerting gravitational influence.

Using a well-studied star, called S0-2, which orbits the supermassive black hole that lies at the center of the galaxy every 16 years, we can already rule out the idea that there is a second supermassive black hole with mass above 100,000 times the mass of the Sun and farther than about 200 times the distance between the Sun and the Earth. If there was such a companion, then I and my colleagues would have detected its effects on the orbit of SO-2.

But that doesn’t mean that a smaller companion black hole cannot still hide there. Such an object may not alter the orbit of SO-2 in a way we can easily measure.

As you can tell, this is something that has to be thought through meticulously and there is a lot that goes into it. While at the end of the day the idea of there being another black hole present is nothing more than an ‘idea’ but eventually we will know for sure just what is out there. What do you think about all of this? I for one find it truly fascinating.

To read more on this topic please click here.