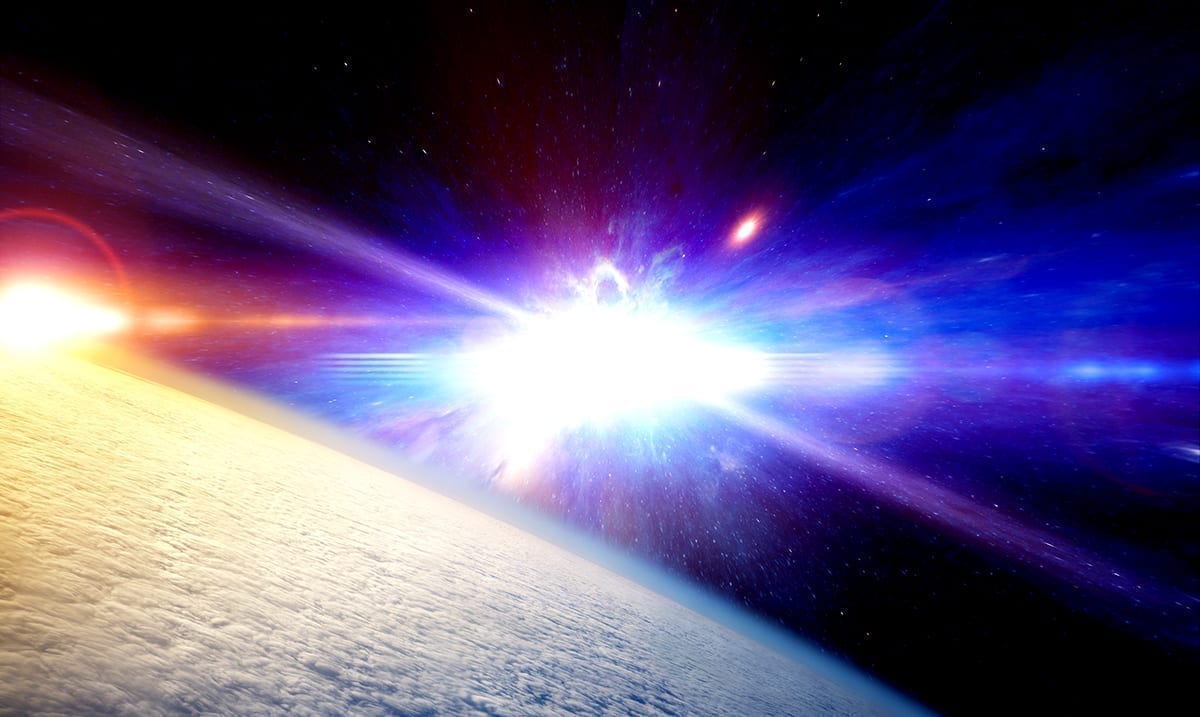 Astronomers Have Found The Most Powerful Supernova Yet

Supernova’s are already usually quite bright and large but apparently, a newly discovered one really takes the cake. This supernova is larger and brighter than any other on record and well, it’s quite mind-blowing.

Now, for those who might not be aware, a supernova is a powerful explosion of a big dying star. Some of these can be quite enormous but the one recently discovered by scientists at the Center for Astrophysics is as noted above, record-breaking. According to CNN, this extremely bright supernova was spotted in 2016 using data from the Panoramic Survey Telescopes as well as Rapid Response System.

CNN wrote as follows on this discovery:

The research team measured the newly discovered supernova using two scales: The total energy of the explosion, and the radiation — or the amount of the explosion’s energy that’s visible as light, according to a study published Monday in the journal Nature Astronomy.

The light emitted in ordinary supernovae is usually less than 1% of the total energy. But this supernova, called SN2016aps, radiated more than five times the explosion energy of a typical supernova. After observing the explosion for two years, the scientists found the mass was between 50 to 100 times greater than the sun. The mass of a normal-sized supernova is between eight to 15 times greater.

The researchers were searching the night sky trying to pick out the “most exotic and the most rare types of supernova explosions,” Edo Berger, professor of astronomy at Harvard University and co-author of the study, said.

“This is one of the best examples we’ve had,” he added. “This is the type of event we estimate is something like one in 1,000 to one in 10,000 stars end their life in this way. So this is an extremely rare type of explosion and incredibly energetic. And this is exactly what we set out to find.”

This supernova seemed to be in the middle of nowhere but apparently, that was in many ways, not the case. This supernova has a host galaxy but because of how bright it is, it outshines it entirely. While this might not sound like much to most, to those who appreciate this kind of thing it is monumental.

The Center for Astrophysics, as well as those who collaborated on this, wrote as follows on Harvard’s website:

Scientists don’t believe the explosion got that big on its own. “Spectroscopic observations during the followup study revealed a restless history for the progenitor star,” said Matt Nicholl, of the University of Birmingham and lead author of the study. “We determined that in the final years before it exploded, the star shed a massive shell of gas as it violently pulsated. The collision of the explosion debris with this massive shell led to the incredible brightness of the supernova. It essentially added fuel to the fire.”

SN2016aps also held another surprise for scientists: high levels of hydrogen gas. Massive stars typically lose the majority of their hydrogen to stellar winds long before they begin pulsating. “That SN2016aps held onto its hydrogen prompted us to theorize that two less massive stars had merged together, since lower mass stars hold onto their hydrogen for longer,” said Berger. “The new star, borne of the merger, was heavy with hydrogen and also high enough in mass to trigger pair instability.”

Future research regarding extremely luminous supernovae is bright, according to Berger. “The identification of SN2016aps has opened pathways to identifying similar events from the first generations of stars. With the upcoming LSST we can find such explosions from the first billion years in the history of the universe, and there will be plenty of examples then.”

In addition to Pan-STARRS, the researchers used data from the MMT Observatory at the Fred Lawrence Whipple Observatory in Amado, Arizona; the Hubble Space Telescope; and, the Keck and Gemini Observatories in Hawaii. Other collaborating institutions included Stockholm University, Copenhagen University, California Institute of Technology, and Space Telescope Science Institute. The research was funded by grants from the National Science Foundation, NASA, and the Horizon 2020 European Union Framework, along with a Royal Astronomical Society Research Fellowship.

Space truly is a mystery to us all but it seems as time passes we’re unraveling more and more. I cannot wait to see what else we uncover in the future. What do you think we can learn from this supernova?