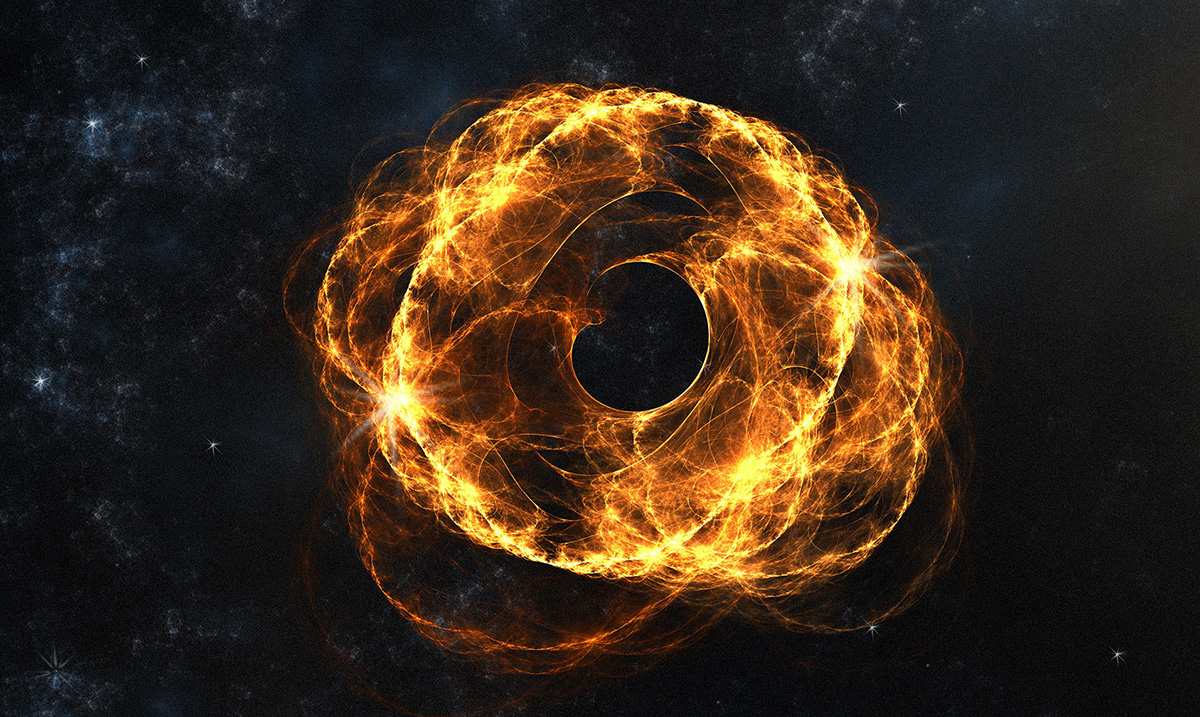 By Gerald Sinclair November 10, 2018 No Comments

Back in 2016, a black hole was spotted literally bursting out X-rays. This was quite interesting and has since been monitored by NASA.

According to NASA’s Chandra X-Ray Observatory, these bursts were cause by gas and dust that were falling into the black hole. This black hole was about ten times the mass of the Sun. Through their research, they were able to find that the object is spinning at a pace like never seen before. This black hole literally spins so fast that it could be spinning close to the speed of light.

A study on this black hole has been approved for publication and will be going into The Astrophysical Journal. While scientists currently only have two means of measuring black holes the spinning rate is important. This one was spinning at the rate of 0.9. That meaning it is almost capable of literally making space itself rotate, isn’t that insane?

The Department of Space Research in India wrote as follows in regards to these findings as they worked hand in hand with NASA on the project:

Astronomers have always been puzzled by the enigmatic black hole system called GRS 1915+105. It shows many different kinds of behavior and its X-ray emission sometimes oscillates nearly periodically (hence these oscillations are termed as Quasi-period oscillations) on a time-scale of a few hundred milliseconds. Astronomers believe that these oscillations may occur because the inner part of the disk surrounding the black hole processes (i.e. wobbles) because the spinning black hole drags the space-time fabric around it as predicted by Einstein’s General theory of relativity.

While these oscillations have been known and studied earlier in low energy X-rays using the American satellite Rossi X-ray Timing Experiment, they have now been detected and characterized in high energy X-rays by the Large Area X-ray Proportional Counter (LAXPC) on board the ISRO space mission, AstroSat. Observing the phenomenon in high energy X-rays is critical since the higher energy photons are expected to be emitted closer to the black hole than the low energy ones. The highly sensitive instrument, LAXPC, also measured the arrival time difference between the high and low energy X-rays (which is of the order of tens of milliseconds) providing direct clues to the geometry and dynamic behavior of the gas swirling around a spinning black hole.

All this was obtained by just nine orbits or a few hours of AstroSat observation of the source and no other observatory at present (or earlier) is capable of achieving these results. After careful performance verification of the instruments on board AstroSat, Indian Scientists are now using AstroSat to unravel the mysteries of the Universe and this finding is just the beginning of a large number of such discoveries that AstroSat is expected to make. This marks a new era for Indian Astronomy with AstroSat being a front-line dedicated astronomy satellite.

What do you think about these findings? I for one think they are a step towards better understanding black holes. Where do you think things will go from here?

Image via My Noise