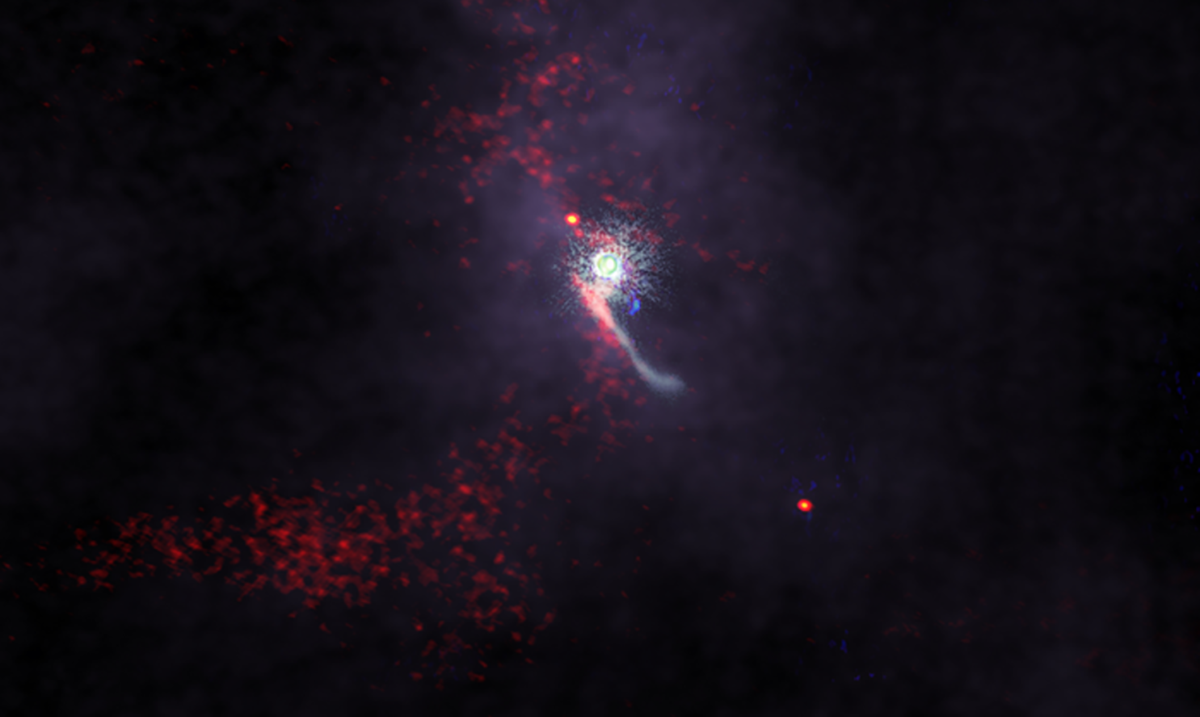 Using the Atacama Large Millimeter/submillimeter Array, scientists recently witnessed a strange stellar flyby in the Z Canis Majoris star system. During the event, scientists witnessed the object going up to a star, which disturbed its formation.

As they watched the object, it seemed to interact with the star and the environment surrounding it, then it flew past, leaving a stream of gas. 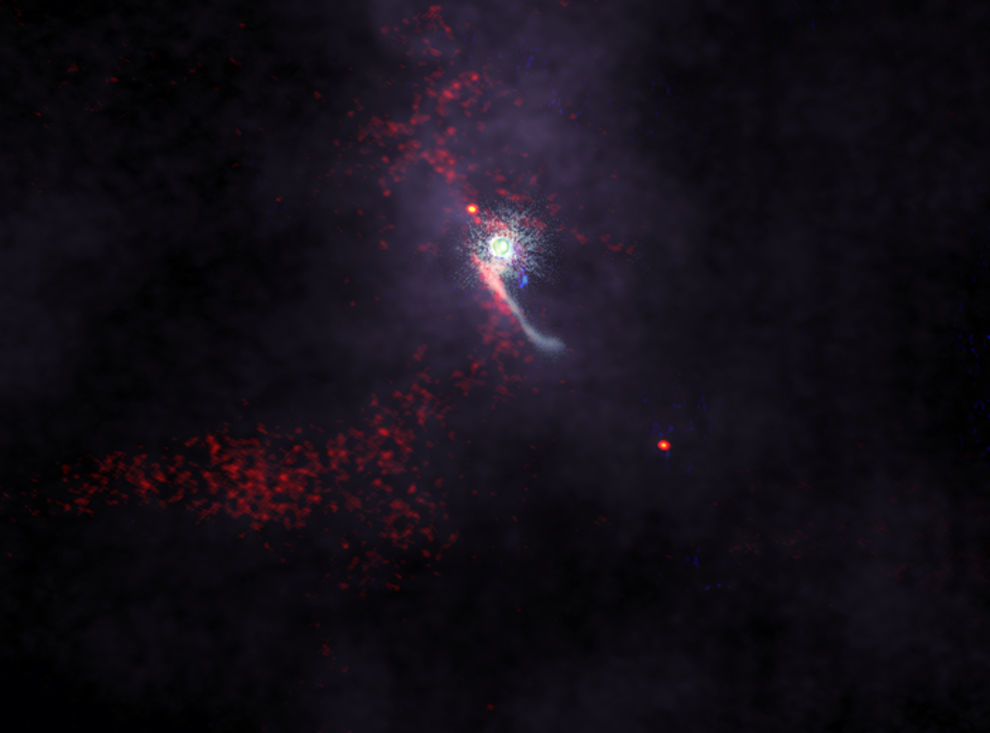 While such events have happened in simulations in the past, scientists are now able to say they not only observed it but recorded it.

“Observational evidence of flyby events is difficult to obtain because these events happen fast, and it is difficult to capture them in action. What we have done with our ALMA Band 6 and VLA observations is equivalent to capturing lightning striking a tree,” explained Ruobing Dong, who is an astronomer at the University of Victoria in Canada.

“This discovery shows that close encounters between young stars harboring disks do happen in real life, and they are not just theoretical situations seen in computer simulations. Prior observational studies had seen flybys, but hadn’t been able to collect the comprehensive evidence we were able to obtain of the event at Z CMa.”

The findings have been published in Nature Astronomy Today.

Typically, disturbances like this are oftentimes other stars, but in this case, it was an intruder. “When a stellar encounter occurs, it causes changes in disk morphology—spirals, warps, shadows, etc.—that could be considered as flyby fingerprints. In this case, by looking very carefully at Z CMa’s disk, we revealed the presence of several flyby fingerprints,” said Nicolás Cuello, an astrophysicist, and co-author of the paper.

Dong believes that by studying these types of events, we can better understand what happened in the early development of our solar system.

“Right now, VLA and ALMA have given us the first evidence to solve this mystery, and the next generations of these technologies will open windows on the Universe that we have yet only dreamed of.”