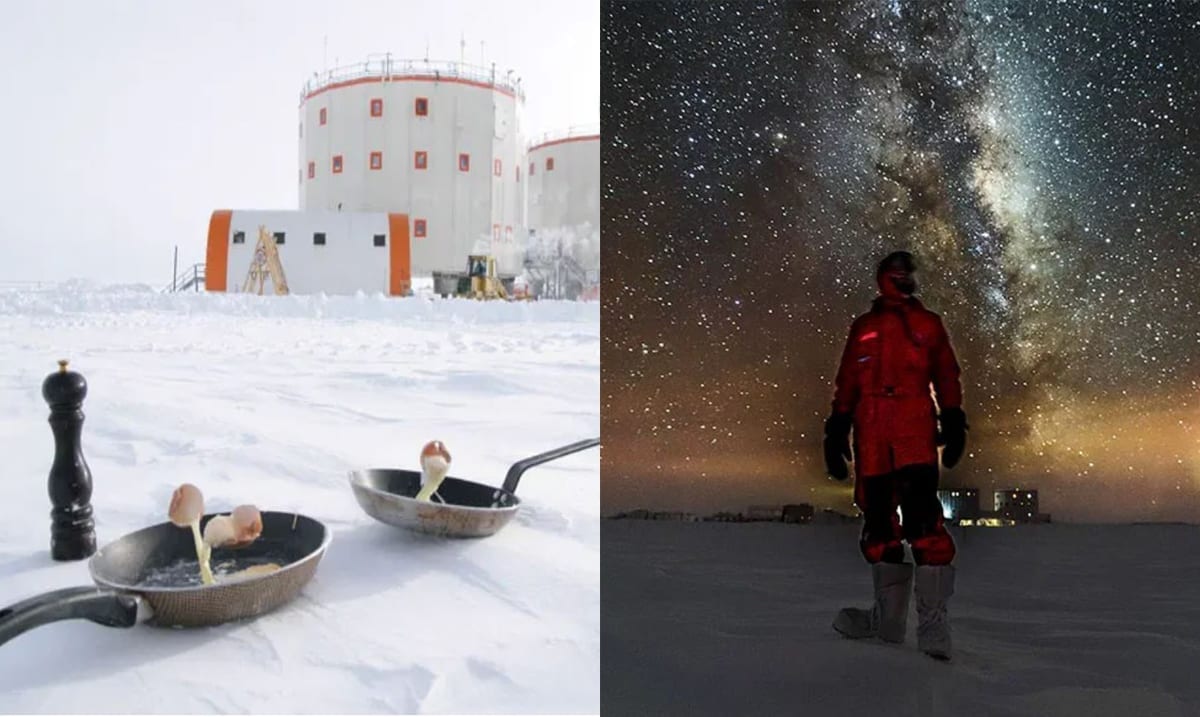 Astrobiologist Tries To ‘Cook’ While In Extreme Temperatures Of Antarctica

By Gerald SinclairFebruary 10, 2021No Comments

We all know the temperatures in places like Antarctica are very cold and for some unfathomable but have you ever wondered what it would be like to try and cook in temperatures like those? Well, I, for one, doubt I’ll ever get the chance to cook in -94 degrees Fahrenheit, but luckily an astrobiologist has given exactly that a good effort.

Cyprien Verseux is an astrobiologist as well as a glaciologist and for a long time has been working on a base known as Concordia Station. This station is present in Antarctica and well, it’s quite cold there. Verseux for those who do not know has a blog and that blog has seemingly something for everyone present as it even shows his experiences in such an extreme environment and makes light of some of it. While I am sure cooking inside is something those on this station make work, taking things outside or perhaps even having any kind of barbeque just won’t work.

On Verseux’s Twitter account you can see a lot of his ventures into the world of cooking and honestly, they’re quite hilarious when you think about it. Even just bringing food outside to eat doesn’t seem to be something that goes over too well in such a climate. While most would never imagine this kind of thing happening, food literally freezes almost instantly or appears to at the very least.

While most of the photos present on his Twitter are from 2018, they are still very worth looking through. As you can see below, he has managed to make an art out of showing off what happens with food and the temperatures in Antarctica. Could you imagine being in such a situation? I don’t think I could handle even being near Antarctica when I really think about it.

Yes, even doing something like cracking an egg would be a task if you were doing it in such extreme elements. While Verseux wasn’t actually planning on doing any real cooking overall, this interesting game he has brought forth is quite amusing and sadly has gone without an update for a long time now. This really highlights how truly cold it is in places like Antarctica. While we tend to think we understand what true cold is, in comparison to something like this we actually don’t have much idea at all.