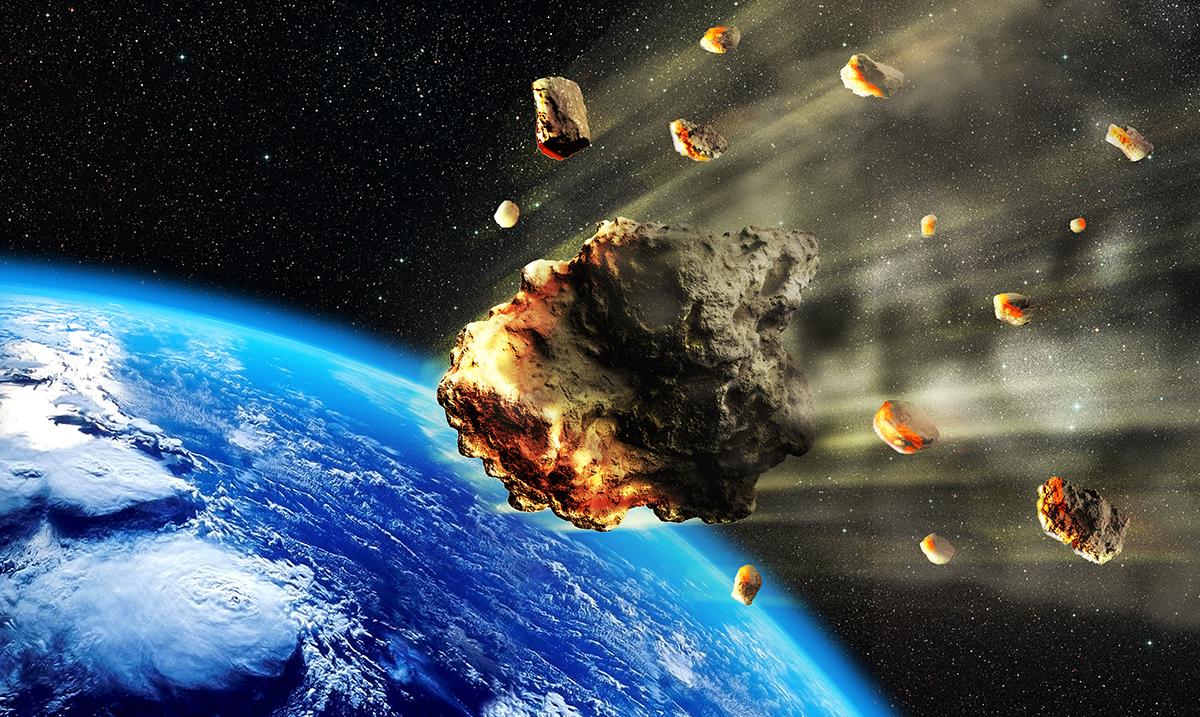 While we all know asteroids come passing our planet by quite often, this one has been making headlines for a long time now. It still has a little time before it becomes present near our planet, but it is well on its way here.

For those who do not know, this asteroid is known as 231937 (2001 FO32) while it is a quite big asteroid, it’s not something we should be too alarmed about and isn’t necessarily a threat as it’s not on track to smack our planet. That being said, it is the fastest and possibly the biggest that we will face in 2021. That being as far as we know for the time being.

This asteroid is being classified as potentially hazardous by NASA but that in itself doesn’t mean it’s destined to be our end, just that it will be quite near our planet when it makes its pass. I know, this might sound confusing and scary but overall it’s not really that frightening and more-so interesting than anything. Learning about the things happening in space has always fascinated me.

Earth Sky wrote as follows about this asteroid’s up and coming pass by our home planet:

The biggest known asteroid to pass in 2021 will sweep by on March 21. Asteroid 2001 FO32 is estimated to be about .6 miles (1 km) in diameter, not quite as long as the Golden Gate Bridge, but comparable in length. Although there’s no risk of impact, the space rock is of interest also because it’s one of the fastest space rocks known to fly by Earth. It’s traveling at about 76,980 miles per hour (123,887 km/h) or 21 miles (34.4 km) per second, relative to Earth. In contrast, Earth travels around the sun at about 18 miles (30 km) per second. Since 2001 FO32 is good-sized and occasionally passes near Earth, it’s been classified as a Potentially Hazardous Asteroid. Its orbit is well known, and it poses no risk of impact.

A fascinating aspect of asteroids is that observers using backyard telescopes can spot them as apparently slow-moving “stars.” It typically takes at least 5 to 10 minutes for backyard telescope users to detect a space rock’s motion in front of its starfield. But asteroid 2001 FO32 will be sweeping past Earth at such a fast pace that, when it’s closest, observers using 8″ or larger telescopes might be able to detect its motion – its drift in front of the stars – in real time.

We note that the space rock will be too faint to see wth the unaided eye. It’ll be visible to observers using 8″ or larger diameter telescopes. You must aim your telescope at the correct position in the sky, at the right time. The charts in this post provide details. You might also check Stellarium online or TheSkyLive for more details on observing.

After it passes by Earth in March 2021, the next encounter of this asteroid with our planet occurs in 31 years, on March 22, 2052. However, the 2021 approach will be its closest to Earth for the next 200 years for which its orbit has been calculated.

The space rock’s orbit carries it around the sun every 810 days (2.22 years). It comes as close to the sun as 0.30 astronomical units (1 AU = 1 Earth-sun distance). It travels as far from the sun as 3.11 AU. Its orbit is highly elliptical (as opposed to being closer to circular).

As noted above it is set to cross our path on the 21st of March and will be quite the ordeal even if we shouldn’t be worried. There will be astronomers all over the world watching and that in itself should provide you with a bit of relief. However, once again, it is not a threat as the risk of impact is null.