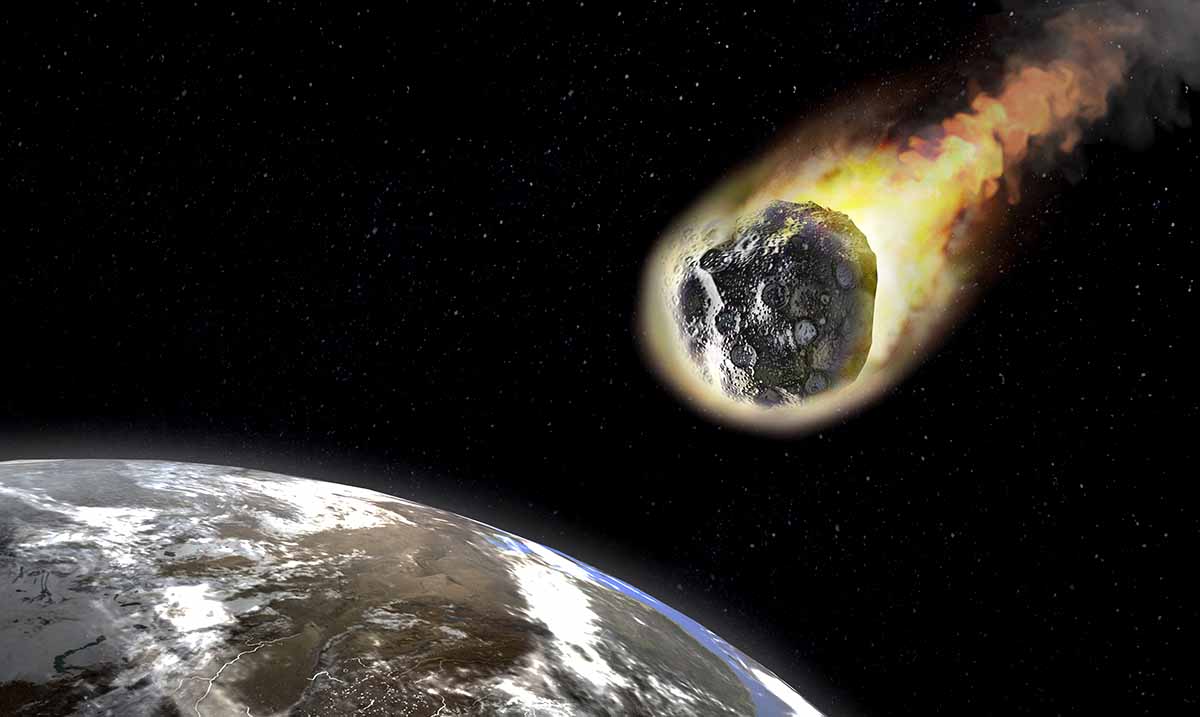 By Gerald SinclairMarch 18, 2021No Comments

While we hear about asteroids all the time, they for the most part are not a threat to us at the moment. The ones making headlines overall are typically not on a path to smash into our planet or aren’t big enough to make a difference whether they were to or not.

As of late, an asteroid reported as being similar in size to the Golden Gate Bridge has been making headlines and while it is set to whirl past our planet quickly near the end of this month on the first full day of Spring, it’s not going to be hitting us. It won’t actually be close enough to hit us even though it is being hailed as quite close. This asteroid according to CBS News is known by NASA as 231937 or 2001 FO32. It is being watched by NEOWISE and is while still quite big when you think about it, is a lot smaller than some asteroids.

This asteroid will be passing on March 21st, and it will be passing by safely according to NASA’s JPL or Jet Propulsion Laboratory. It will be the biggest asteroid to pass us by in 2021 but still as noted above isn’t as big as some we’ve faced in the past. For those who watch the sky, it could be quite the sight.

JPL wrote as follows on this asteroids up and coming passing:

The largest asteroid predicted to pass by our planet in 2021 will be at its closest on March 21, providing astronomers a rare opportunity to get a good look at a rocky relic that formed at the dawn of our solar system.

Called 2001 FO32, the near-Earth asteroid will make its closest approach at a distance of about 1.25 million miles (2 million kilometers) – or 5 1/4 times the distance from Earth to the Moon. There is no threat of a collision with our planet now or for centuries to come.

“We know the orbital path of 2001 FO32 around the Sun very accurately, since it was discovered 20 years ago and has been tracked ever since,” said Paul Chodas, director of the Center for Near Earth Object Studies (CNEOS), which is managed by NASA’s Jet Propulsion Laboratory in Southern California. “There is no chance the asteroid will get any closer to Earth than 1.25 million miles.”

Still, that distance is close in astronomical terms, which is why 2001 FO32 has been designated a “potentially hazardous asteroid.” CNEOS computes high-precision orbits for near-Earth objects (NEOs) in support of NASA’s Planetary Defense Coordination Office, relying on telescopes and ground-based radar to help precisely characterize every NEO’s orbit to improve long-term hazard assessments.

During this approach, 2001 FO32 will pass by at about 77,000 mph (124,000 kph) – faster than the speed at which most asteroids encounter Earth. The reason for the asteroid’s unusually speedy close approach is its highly inclined and elongated (or eccentric) orbit around the Sun, an orbit that is tilted 39 degrees to Earth’s orbital plane. This orbit takes the asteroid closer to the Sun than Mercury and twice as far from the Sun as Mars.

Don’t be afraid, this asteroid isn’t anything to be too worried about. I may pull my telescope out and see if I can spot it as it gets nearer. What do you think about all of this?