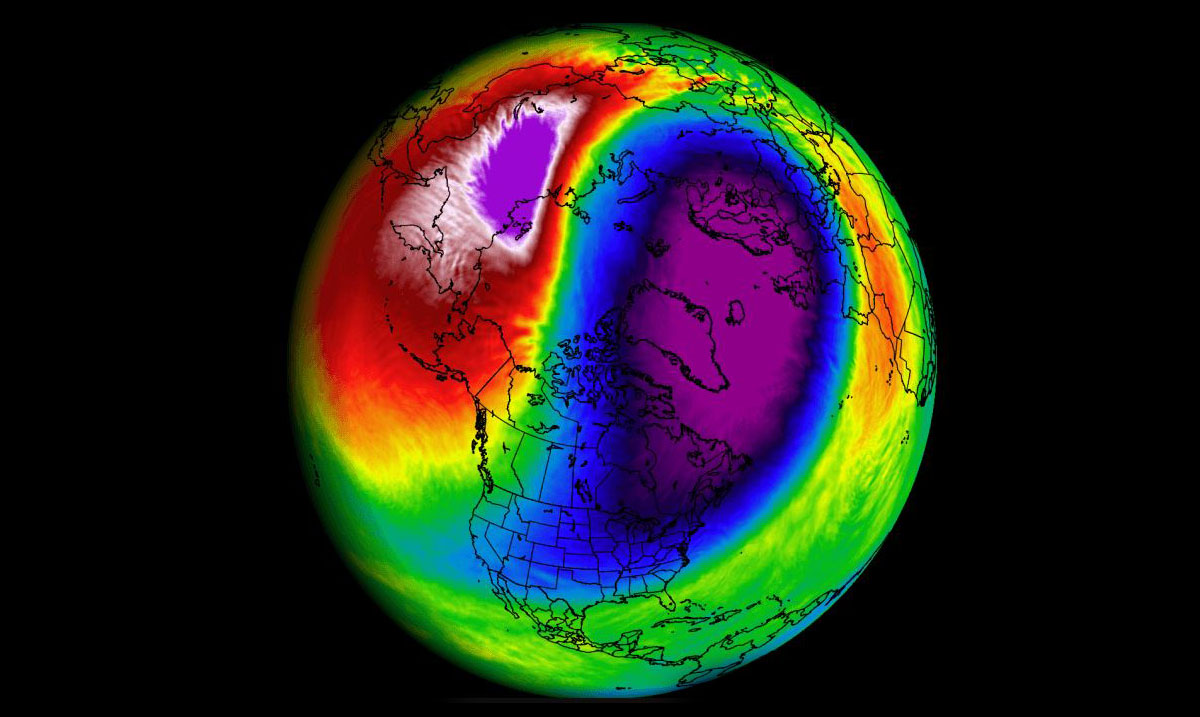 By Harley MansonDecember 27, 2022No Comments

Over the past few weeks, many regions have experienced record-cold temperatures due to a polar vortex. However, as this vortex continues to power up, we will begin to experience a strange shift in weather, and one that will cause the temperatures to do the opposite of what we have been experiencing.

Our weather is directly connected to the stratospheric Polar Vortex, and because of it, we are due to see some strange weather. During the autumn months, the polar regions begin to cool. This is because the sun gets lower, which leads to less energy reaching the North Pole. However, as the polar temperature drop, the atmosphere near the south still remains relatively warm.

Because of this, there is a major temperature difference between the polar and subtropical regions, which causes a large low-pressure cyclonic circulation to develop across the Northern Hemisphere. In turn, we achieve what is known as the Polar Vortex.

The stratospheric (upper) part of the vortex is circular and more symmetrical and spins above the ground. The lower part of the structure is a bit less even, though. This is caused by the mountains and terrain, which causes strong pressure. All of this majorly impacts the winter weather.

Let’s take the 2022 winter as an example, which is currently causing high and low-pressure anomalies. Recently, the Arctic cold began making its way into the U.S. due to this, which caused the warmer anomalies to be pushed into the polar regions. But, as the Polar Vortex begins to shift, it will cause the pressure patterns to change this week. Which will cause us to experience unseasonably warm weather, which will replace the cold.

Additionally, these regions will be experiencing more humidity and precipitation. What comes with such a shift could be extreme weather, which is why meteorologists tend to keep an eye on the Polar Vortex and its shifts. For now, we can all assume that in the next few weeks, most regions in the U.S. and even in parts of Canada will be experiencing a massive shift from freezing to unprecedented heat.