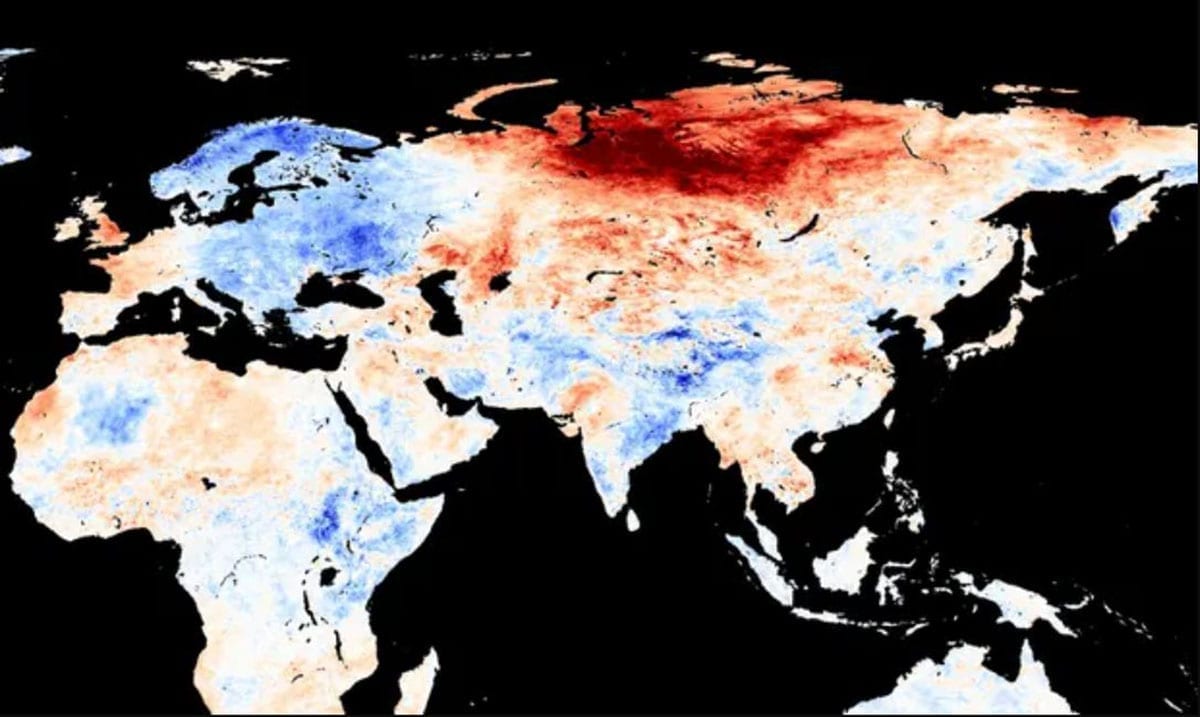 While it might not sound like a lot when the Arctic Circle begins heating up we should all take note. Just within the past week or two, it seems searing temperatures have been quite present.

According to Forbes a small Russian town in the Arctic Circle recently managed to hit just over 100 degrees Fahrenheit which is monumental in many ways. This for those wondering is the hottest temperature ever recorded in the Arctic Circle and quite mind-blowing. This town’s name is Verkhoyansk and it’s known for being one of the coldest towns on our planet, yet these temps don’t quite resonate with that now, do they?

This town is in Siberia and 100.4 degrees is according to CBS News 32 degrees higher than their normal ‘high temperatures.’ I can only imagine how drastic this change was for those living in the area, could you imagine being used to the cold and suddenly experiencing a day this hot? Sure, it might not sound like much but it’s pretty crazy to think about.

Likely the hottest temperature ever recorded in the Arctic happened today-100.4 F- What’s happening in Siberia this year is nothing short of remarkable. The kind of weather we expect by 2100, 80 years early.
For perspective Miami has only reached 100 degrees once on record. https://t.co/WDPRmLRD4d

CBS News reported as follows on this heat:

This heat is not an isolated occurrence. Parts of Siberia have been sizzling for weeks and running remarkably above normal since January. May featured astonishing warmth in western Siberia, where some locales were 18 degrees Fahrenheit above normal, not just for a day, but for the month. As a whole, western Siberia averaged 10 degrees above normal for May, obliterating anything previously experienced.

On May 23, the Siberian town of Khatanga, far north of the Arctic Circle, hit 78 degrees Fahrenheit. This was 46 degrees above normal and shattered the previous record by a virtually unheard-of 22 degrees. On June 9, Nizhnyaya Pesha, an area 900 miles northeast of Moscow, near the Arctic Ocean’s Barents Sea, hit a sweltering 86 degrees Fahrenheit, a staggering 30 degrees above normal.

What’s perhaps even more impressive is that this relative warmth has persisted since December, with average temperatures in western Siberia 10 degrees Fahrenheit above normal — doubling the previous departure from average in 2016.

The average heat across Russia from January to May is so remarkable that it matches what’s projected to be normal by the year 2100 if current trends in heat-trapping carbon emissions continue. In the image below, the data point for 2020 is almost off the charts, and matches what climate models expect to be typical many decades from now.

The extreme events of recent years are due to a combination of natural weather patterns and human-caused climate change. The weather pattern giving rise to this heat wave is an incredibly stubborn ridge of high pressure; a dome of heat which extends vertically upward through the atmosphere. The sweltering heat is forecast to remain in place for at least the next week, catapulting temperatures easily into the 90s in eastern Siberia.

This interesting ‘heatwave’ is not something we’re considering just some coincidence as last summer a village also located in the Arctic Circle faced similar issues/temperature rises. Things like this are going to become more and more common with the way our world is in current times and that much I don’t see changing anytime soon. This should be a huge wakeup call for all of us but I highly doubt it will be. To learn more about this take a look at the video below.