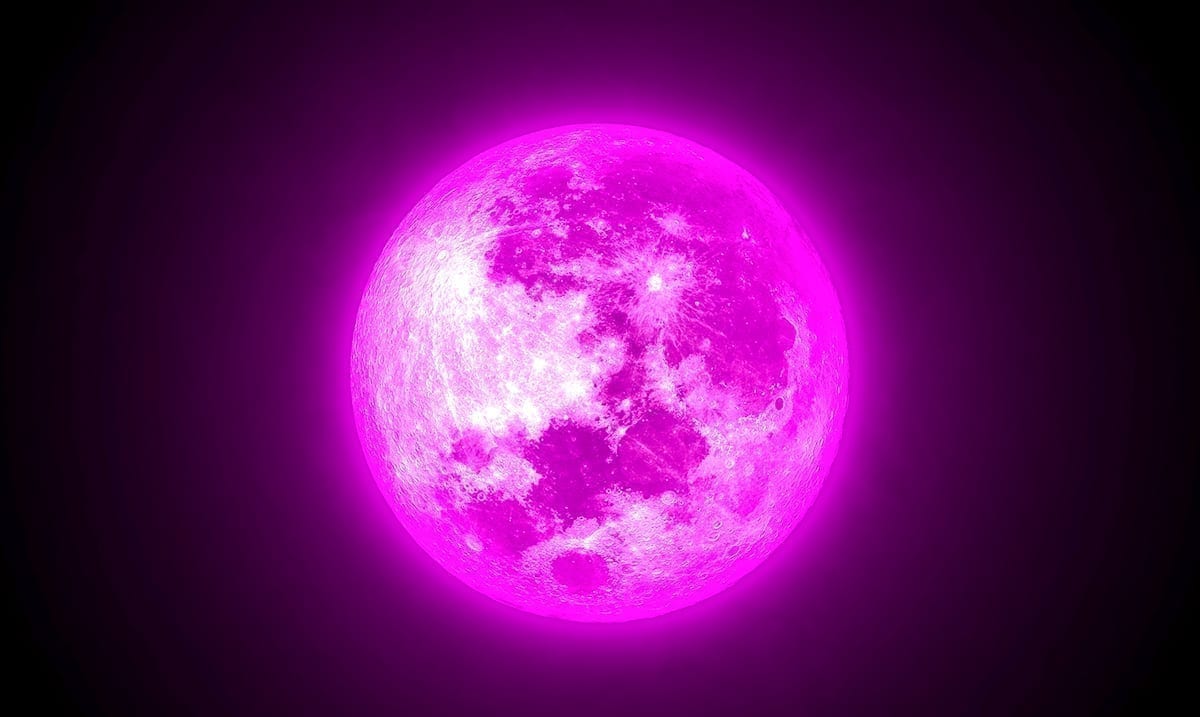 As we all know there is going to be a very spectacular full moon this month, within the next few days. This full moon will be a super moon and a pink moon (but not pink in color).

This full moon will happen on the 7th and according to NASA, it will be at full perigee on Tuesday afternoon. This as the night sky darkens leaving the moon to be truly full around ten-thirty PM EDT on that same day/night. You see, This full moon of April is referred to as a pink moon because of the time of year it’s present. During this time of year, we end up seeing lots of pink herb moss.

NASA wrote as follows on their website regarding sky gazing at the things coming in April:

At the beginning of April, look to the west each evening in the couple of hours after sunset as Venus visits the Pleiades.

Watch each night from the 1st through the 5th, as Venus climbs higher in the sky each evening, crossing through the Pleiades star cluster. The real highlight is on April 3rd, when Venus will appear inside the Pleiades — meaning it’ll be in the same field of view through binoculars or a telescope with a wide field of view. This should be spectacular if the weather’s clear where you are, so here’s wishing you clear skies.

The planetary quartet of Jupiter, Saturn, Mars, and the Moon once again make a showing in mid-April. Since giving Jupiter and Saturn the slip last month, the Red Planet continues its getaway from the gas giants in this month’s morning skies. Mars begins the month just beneath Saturn, but by the middle of April, it’s moved a decent distance away. The Moon swings by on the 14th, 15th and 16th. The three planets won’t appear close together in the sky again for a couple of years, so catch them now if you can!

Earth is currently catching up to Mars in its orbit, as the two planets come into the right position for the launch of NASA’s Mars 2020 mission and its newly named Perseverance rover.

Most of us have had the experience of watching the full moon rise in the distance, maybe over a city or a distant mountain, and it looks HUGE. In fact, it’s got the very appropriate (if unimaginative) name of “the Moon illusion.” Although this illusion has been known for thousands of years, there still isn’t a truly satisfying scientific explanation for why we see it.

While not all of this is going to be as exciting for everyone, with us all stuck at home watching the sky is something we can all do. This moon is going to be huge since it’s a super moon and that in itself is always something amazing to look at. With there being several big celestial events this month, we have a lot to look forward to.