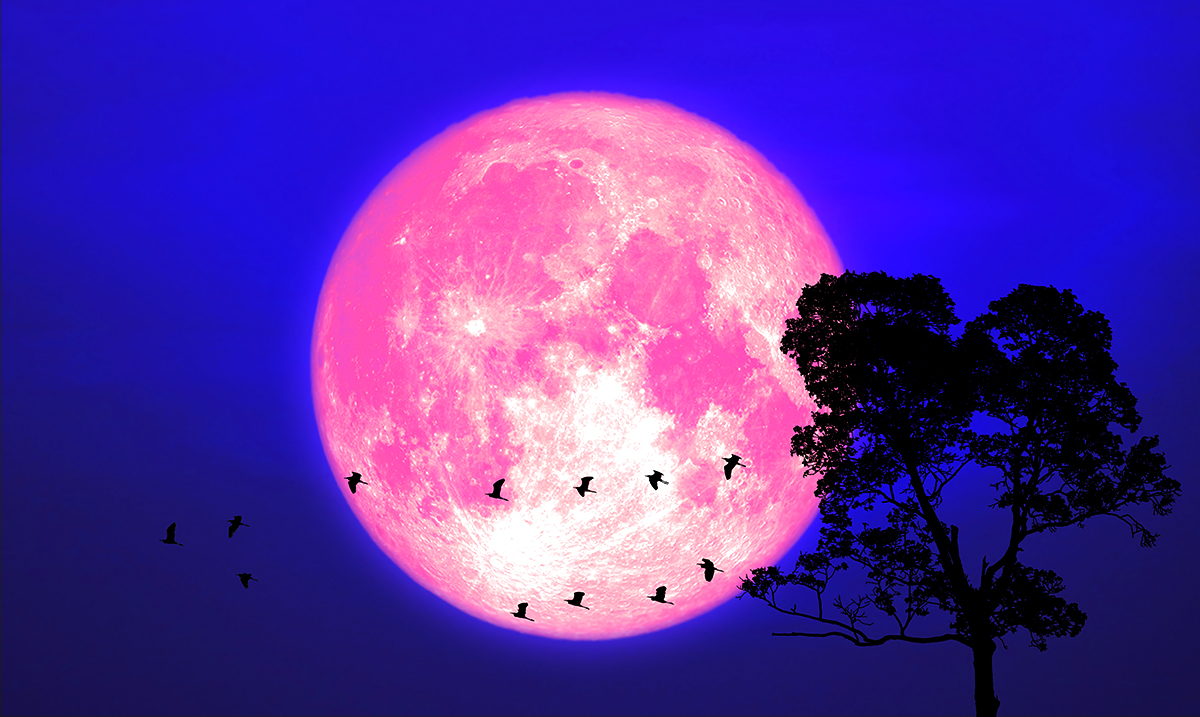 While the color won’t be pink, the moon is going to be beautiful and will have a lovely golden color. It is called the Paschal full moon because it falls so close to Easter. Additionally, Easter’s date is dependent on this particular full moon, according to the Farmer’s Almanac.

After the Paschal full moon, Easter falls on Sunday directly after the full moon. In this case, the moon falls on the 16th, and Easter is on the 17th, just one day later.

While the color of this moon will not be pink, it was named after the Native American tribes that tied the name of the moon to the colorful wildflowers that begin to spring up during this time known as the Phlox subulata, or “moss pink.”

Other tribes have referred to it as the “Sugar Maker Moon,” or the “Sugarbush moon,” because maple sap is beginning to flow.

While this moon is significant to Easter, it’s also significant to Islamic nations, where the moon is celebrated as Bara’at Night or the Night of Innocence. During this moon, Muslims offer prayers to absolve the sins of their ancestors.

During this moon, folklore says that it’s a great time for removing weeds and working on gardens and other landscaping.

While it will peak at 2:55 p.m, the moon will not be visible in the sky until the sunsets. And because the moon appears full for three days, the day before the peak, the day of, and the day after, the moon is full on Easter, making this time of year all the more magical!