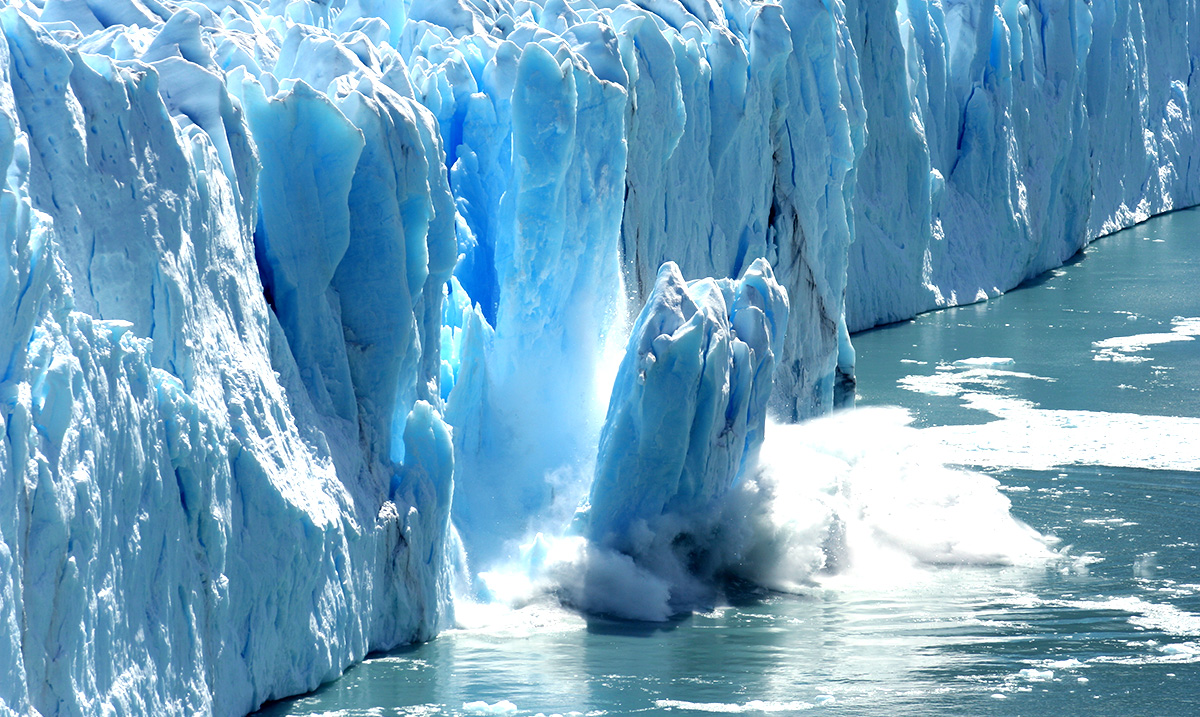 Antarctica Glaciers Are Melting At An Accelerated Pace, Nothing Is Safe

While we’ve known for quite some time that the glaciers in Antarctica were melting, the rate at which they are melting is alarming even now. It has been found that things are progressing much quicker than we had assumed they would and that could mean disaster.

According to a study published just days ago in the Proceedings of the National Academy of Sciences, the number of tons of melting ice we’re losing to the ocean each year rose from 40 billion to 252 billion back in 2009. Up until 1989 we had not seen loss over 40 billion tons before and the fact that we’re in the hundreds is quite shocking.

This study shows we could notice sea levels rising much sooner than expected and with that, the consequences of climate change would become much more present in our lives. The sea level’s potential to rise is quite the concerning topic for many and could result in flooding lots of island communities across the globe. We’ve been noting a rise but as time passes that rise becomes more and more extreme.

A ‘Significant Statement’ noted on this study goes as follows:

We evaluate the state of the mass balance of the Antarctic Ice Sheet over the last four decades using a comprehensive, precise satellite record and output products from a regional atmospheric climate model to document its impact on sea-level rise. The mass loss is dominated by enhanced glacier flow in areas closest to warm, salty, subsurface circumpolar deep water, including East Antarctica, which has been a major contributor over the entire period. The same sectors are likely to dominate sea-level rise from Antarctica in decades to come as enhanced polar westerlies push more circumpolar deep water toward the glaciers.

Right now the Antarctic ice sheet holds around 90 percent of all of the ice in the world and thus its melting would result in a sea level rise of around 240 feet or more. every coastal city would be flooded regardless of where it was or is on the planet. This is not something we can continue to ignore.

Eric Rignot an Earth-System Scientist at NASA who took part in this study told The Washington Post as follows in regards to their findings:

“The places undergoing changes in Antarctica are not limited to just a couple places.”

“They seem to be more extensive than what we thought. That, to me, seems to be reason for concern.”

In the last ten years, this study noted that West Antarctica was responsible for 63 percent of the total loss. As ice-shelf melting increases less and less resistance is being met. Lots of areas we thought were not vulnerable clearly are and all need to be worked with in order to combat this serious issue.

The Washington Post went on to report as follows on the topic of this study:

West Antarctica is the continent’s major ice loser. Monday’s research affirms that finding, detailing how a single glacier, Pine Island, has lost more than a trillion tons of ice since 1979. Thwaites Glacier, the biggest and potentially most vulnerable in the region, has lost 634 billion. The entire West Antarctic ice sheet is capable of driving a sea-level rise of 5.28 meters, or 17.32 feet, and is now losing 159 billion tons every year.

The most striking finding in Monday’s study is the assertion that East Antarctica, which contains by far the continent’s most ice — a vast sheet capable of nearly 170 feet of potential sea-level rise — is also experiencing serious melting.

The new research highlights how some massive glaciers, ones that to this point have been studied relatively little, are losing significant amounts of ice. That includes Cook and Ninnis, which are the gateway to the massive Wilkes Subglacial Basin, and other glaciers known as Dibble, Frost, Holmes, and Denman.

Denman, for instance, contains nearly five feet of potential sea-level rise alone and has lost almost 200 billion tons of ice, the study finds. And it remains alarmingly vulnerable. The study notes that the glacier is “grounded on a ridge with a steep retrograde slope immediately upstream,” meaning additional losses could cause the glacier to rapidly retreat.

With Antarctica losing six times more ice than it was four decades ago it is clear we are not currently making enough change. If we want to see this planet flourish we have got to get on the same page. This melting is going to cause serious issues if we do not do something about it, it is time to stop ignoring the problem, do you think the findings of this study will be enough to bring change?