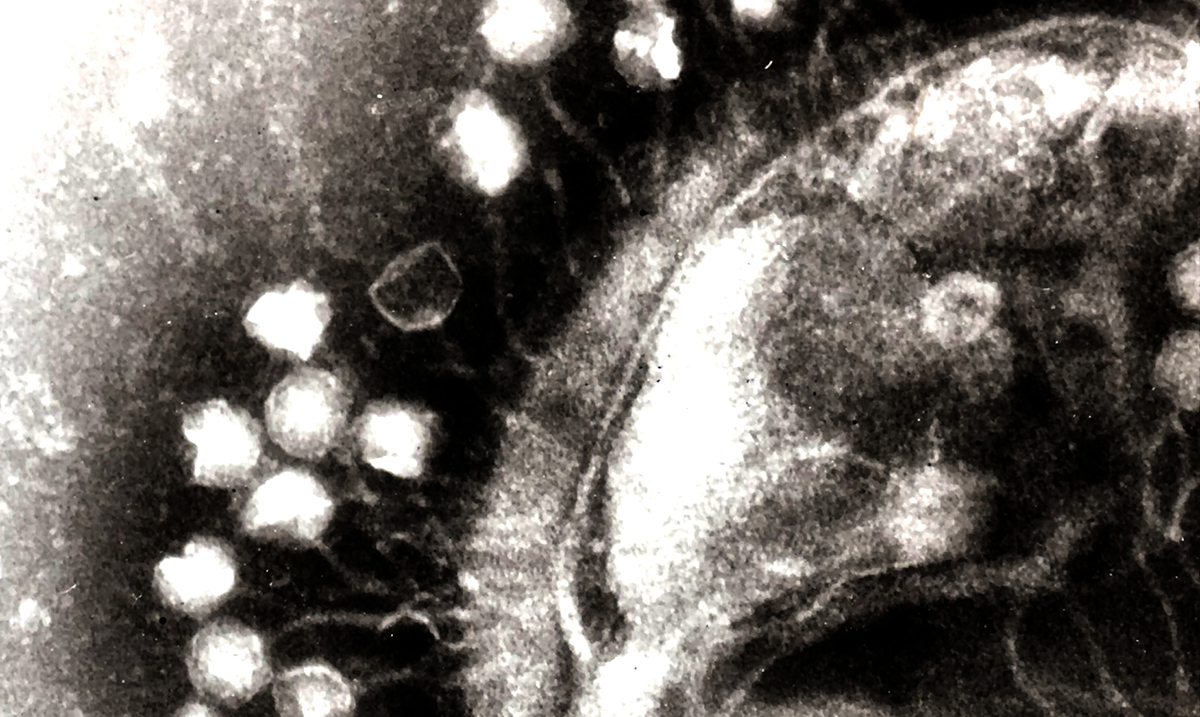 Scientists who study glacier ice have found viruses dating nearly 15,000 years, in two ice samples taken from the Tibetan Plateau in China. Most of the viruses, which survived because they had remained frozen, are unlike any viruses that have been catalogued to this day.

You could look at glaciers as time capsules to the past, preserving information from thousands of years ago. This can relate to the past climate, atmospheric chemistry or even past inhabitants.

“These glaciers were formed gradually, and along with dust and gasses, many, many viruses were also deposited in that ice,” said Zhi-Ping Zhong, lead author of the study and a researcher at The Ohio State University Byrd Polar and Climate Research Center who also focuses on microbiology. “The glaciers in western China are not well-studied, and our goal is to use this information to reflect past environments. And viruses are a part of those environments.”

Viruses and other microbes can survive thousands of years, frozen in the ice. In a new study conducted by researchers from Ohio State University, researchers analyzed ice cored from Guliya ice cap in the Tibetan Plateau. The cores, which date as far back as 14,400 years, revealed 33 viruses, 28 of which are completely unknown to science.

“Melting will not only lead to the loss of those ancient, archived microbes and viruses, but also release them to the environments in the future,” researchers write in a new study, led by first author and microbiologist Zhi-Ping Zhong from Ohio State University.

Past studies have shown microbial communities correlate with changes in dust and ion concentrations in the atmosphere, and can also indicate climate and environmental conditions at the time.

Within these frozen records of the ancient world, researchers discovered 28 of the 33 viruses that they identified.

“These are viruses that would have thrived in extreme environments,” said Ohio State University microbiologist Matthew Sullivan, with “signatures of genes that help them infect cells in cold environments – just surreal genetic signatures for how a virus is able to survive in extreme conditions.”

While comparing their genetic sequences to a database from known viruses, the team found the most abundant in both ice core samples were bacteriophages that infect Methylobacterium – bacteria important to the methane cycle within ice.

The were most related to viruses found in Methylobacterium strains in plant and soil habitats, consistent with previous reports that the main source of dust deposited on Guliya ice cap likely originates from the soils.

“These frozen viruses likely originate from soil or plants and facilitate nutrient acquisition for their hosts,” the team concluded.

While this specter of ancient viruses seems particularly worrisome mid-pandemic, the greatest danger lies in what else the melting ice is releasing, massive reserves of sequestered methane and carbon. But it is clear the ice could also hold insight into past environmental changes, and the evolution of viruses too.

“We know very little about viruses and microbes in these extreme environments, and what is actually there,” says Earth scientist Lonnie Thompson, who notes we still have many important questions unanswered.

“How do bacteria and viruses respond to climate change? What happens when we go from an ice age to a warm period like we’re in now?”

There is so much still that needs to be explored.