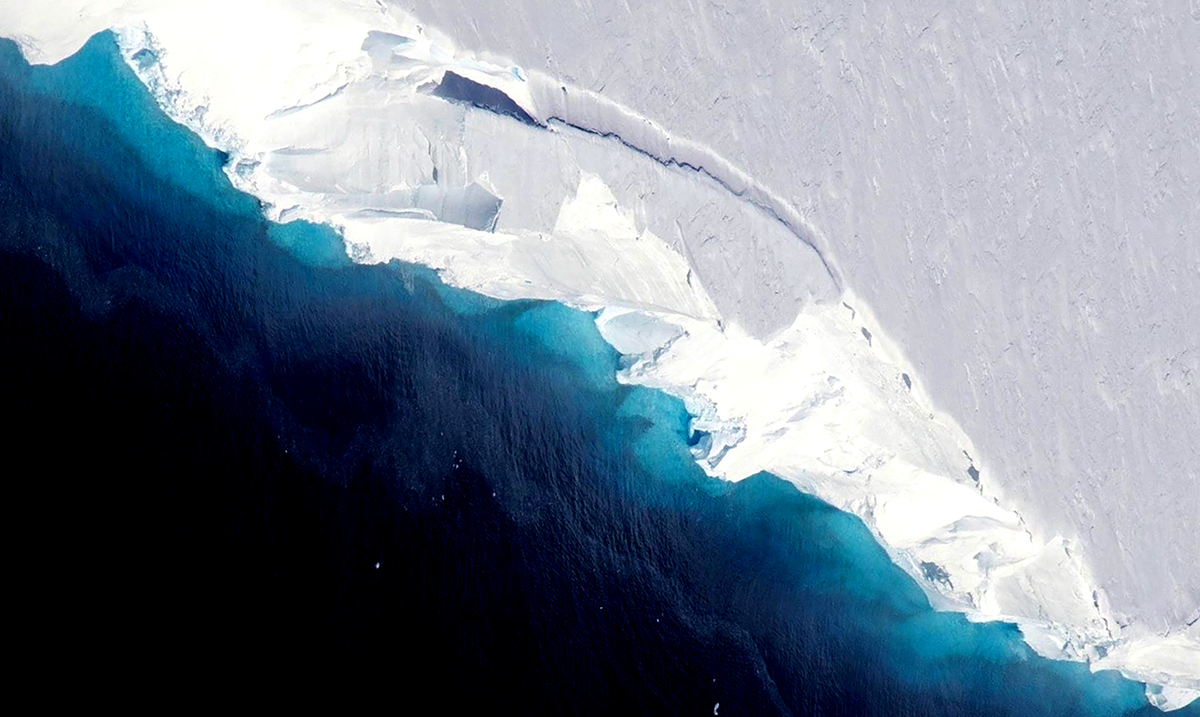 By Gerald SinclairAugust 29, 2019No Comments

We all know there are interesting things about Antarctica that have not been uncovered yet but as time passes these things become more and more clear to those researching them. While this location never ceases to amaze us, this interesting find is something we did not see coming at all.

Earlier this year research was published in the Journal Nature Geoscience that went over the boundary that protects the ice shelf known as the Ross Ice Shelf. This boundary is something that makes the seafloor deeper on one side than it does the other and is something we were not necessarily aware of before. This boundary is basically a huge hidden rock that has most likely been in place for hundreds upon hundreds of millions of years.

It controls the water flow as noted above and acts as a buffer in a lot of ways. This boundary prevents the ice from floating out into other parts of the ocean and was only something researchers were able to find upon using something known as an IcePod. For those who are unaware, an IcePod is a scanning system that measures ice-shelf height and thickness. Through this researchers are able to in many ways see the internal structures of many bodies of ice and other things of the sort.

In regards to this find, Columbia University wrote as follows on their website:

The team then used IcePod’s measurements of Earth’s gravity field to model the shape of the seafloor beneath the ice shelf. “We could see that the geological boundary was making the seafloor on the East Antarctic side much deeper than the West, and that affects the way the ocean water circulates under the ice shelf,” explained Kirsty Tinto, the Lamont research scientist who led all three field expeditions and is a lead author of the study.

Using the new map of the seabed under the ice shelf, the team ran a model of ocean circulation and its effect on ice shelf melting. Compared with the Amundsen Sea to the east, where warm water crosses the continental shelf to cause rapid melting of the ice shelves, little warm water reaches the Ross Ice Shelf. In the Ross Sea heat from the deep ocean is removed by the cold winter atmosphere in a region of open water, called the Ross Shelf Polynya, before flowing under the ice shelf. The model showed that this cold water melts deeper portions of east Antarctic glaciers, but it is steered away from the west Antarctic side by the depth change at the ancient tectonic boundary.

In a surprise twist, however, the team found that the polynya also contributes to a region of intense summertime melting along the ice shelf’s leading edge. This melting was confirmed in the radar images of the ice shelf’s internal structure. “We found that the ice loss from the Ross Ice Shelf and flow of the adjoining grounded ice are sensitive to changes in processes along the ice front, such as increased summer warming if sea ice or clouds decrease,” said Laurie Padman, a co-author and senior scientist at Earth and Space Research.

Overall, the results indicate that models used to predict Antarctic ice loss in future climates must consider changing local conditions near the ice front, not just the large-scale changes in the circulation of warm deep water. “We found out that it’s these local processes we need to understand to make sound predictions,” said Tinto.

Being aware of this rock while not necessarily being able to get to it helps us to in a lot of ways better understand the melting pattern of Antarctica. As we move forward and the future comes forth we will begin to see how this kind of thing changes as time passes. The project that uncovered this interesting rock was and is known as the ROSETTA-Ice Project, and they will continue to look into things like this as long as they are able to. This interesting complex system present in Antarctica is not something we will be able to understand overnight, even in six years time we still will be uncovering new things about the world of ice and snow.

The abstract of the study noted above in regards to this finding goes as follows:

Ocean melting has thinned Antarctica’s ice shelves at an increasing rate over the past two decades, leading to loss of grounded ice. The Ross Ice Shelf is currently close to steady-state but geological records indicate that it can disintegrate rapidly, which would accelerate grounded ice loss from catchments equivalent to 11.6 m of global sea-level rise. Here, we use data from the ROSETTA-Ice airborne survey and ocean simulations to identify the principal threats to Ross Ice Shelf stability. We locate the tectonic boundary between East and West Antarctica from magnetic anomalies and use gravity data to generate a new high-resolution map of sub-ice-shelf bathymetry. The tectonic imprint on the bathymetry constrains sub-ice-shelf ocean circulation, protecting the ice-shelf grounding line from moderate changes in global ocean heat content. In contrast, local, seasonal production of warm upper-ocean water near the ice front drives rapid ice shelf melting east of Ross Island, where thinning would lead to faster-grounded ice loss from both the East and West Antarctic ice sheets. We confirm high modeled melt rates in this region using ROSETTA-Ice radar data. Our findings highlight the significance of both the tectonic framework and local ocean-atmosphere exchange processes near the ice front in determining the future of the Antarctic Ice Sheet.

To learn more about the secrets of Antarctica, feel free to check out the video below. I for one cannot wait to see what else we learn about this interesting and mind-blowing location. There is so much more to the world we call home than most of us stop to really take in.