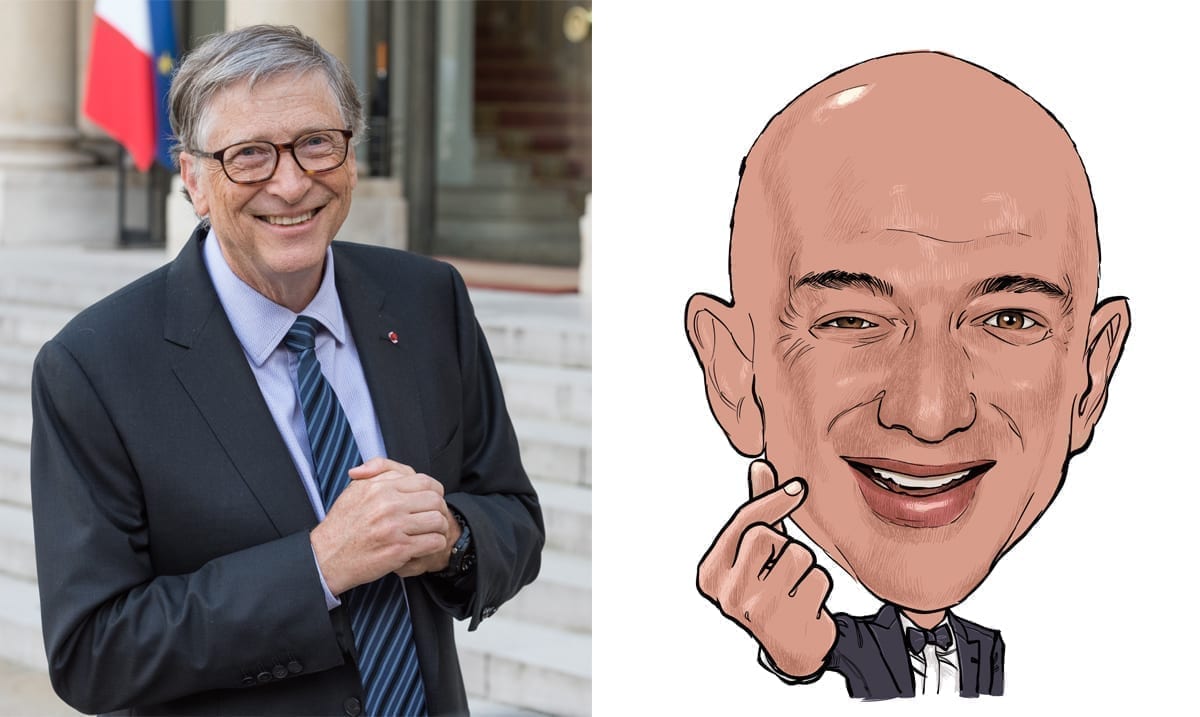 America’s Rich Get Richer During Pandemic

Here in the US, more people now than ever have been filing for unemployment and for some reason we’re opening things back up amidst all of this chaos unleashing who knows what.

While normally you’d expect everyone to be taking financial hits during periods like these, it seems your average person is not the one gaining all of the benefits even though some may make them out to be. Sure, we’re getting a stimulus check but according to this new report from the Institute for Policy Studies those who are considered to be extremely wealthy are seeing big increases in their overall worth.

There is an entire section on ‘billionaire pandemic profiteers’ and it’s well worth reading through which you can do by clicking here. Right now Bezos is up by 25 billion dollars and Eric Yuan is up by almost three Billion. Times like these should bring us all together more and make us want to spread things around a bit more properly but, of course, there will always be someone out there profiting off the hardships of others. That in this world never fails.

As of April 15, Amazon founder and CEO Jeff Bezos’ already incredible wealth soared an additional $25 billion during the pandemic—after being down for a bit during the early days of the outbreak and the stock market’s initial free fall. Eric Yuan, the founder, and CEO of Zoom, the now ubiquitous online video conferencing technology company, realized a rapid rise in his wealth throughout the outbreak and is reported to be worth about $2.58 billion.

Billionaires, including Bezos, his ex-wife MacKenzie Bezos, Eric Yuan, former Microsoft chief Steve Ballmer, and Elon Musk, each saw their fortunes jump by more than $1billion dollars. Bezos, Bill Gates, and Warren Buffett have as much money as the bottom half of all American households. This is juxtaposed with roughly 78% of people in the United States living paycheck to paycheck, 20% with no or negative net worth, and lack three months’ worth of emergency funds.

In addition to the billionaires, the rich are getting richer too. The multi-trillion-dollar stimulus plan included financial help to small business owners in the form of the Paycheck Protection Program. The program was corrupted by large companies taking a lion share of the proceeds.

The banks that processed the $349 billion loan program made out very well, booking over $10 billion in fees, according to NPR. The banks charged up to 5% in fees, although there was little or no risk to them, as the loans are guaranteed by the Small Business Administration.

While Americans are scraping over buying toilet paper and necessities, homeschooling their children, caring for sick family members, or just trying to make it through the day, the uber-wealthy have taken to their yachts and private jets.

Within this report, some of the key findings are things like the fact that between 1990 and 2020 Us billionaire wealth soared 1,130 percent in 2020. Yes, 1,130 percent that meaning they saw an over 200 times greater increase. Oh, and the billionaire share of America’s increased wealth has risen throughout the past four decades.

How does it make sense that those who are already overly rich and more than comfortable right now are making so much more money? As we edge closer and closer to the as CNN has called it ‘a recession worse than the crash of a decade ago’ billionaires are gaining more and more. This smells a bit fishy now, doesn’t it?