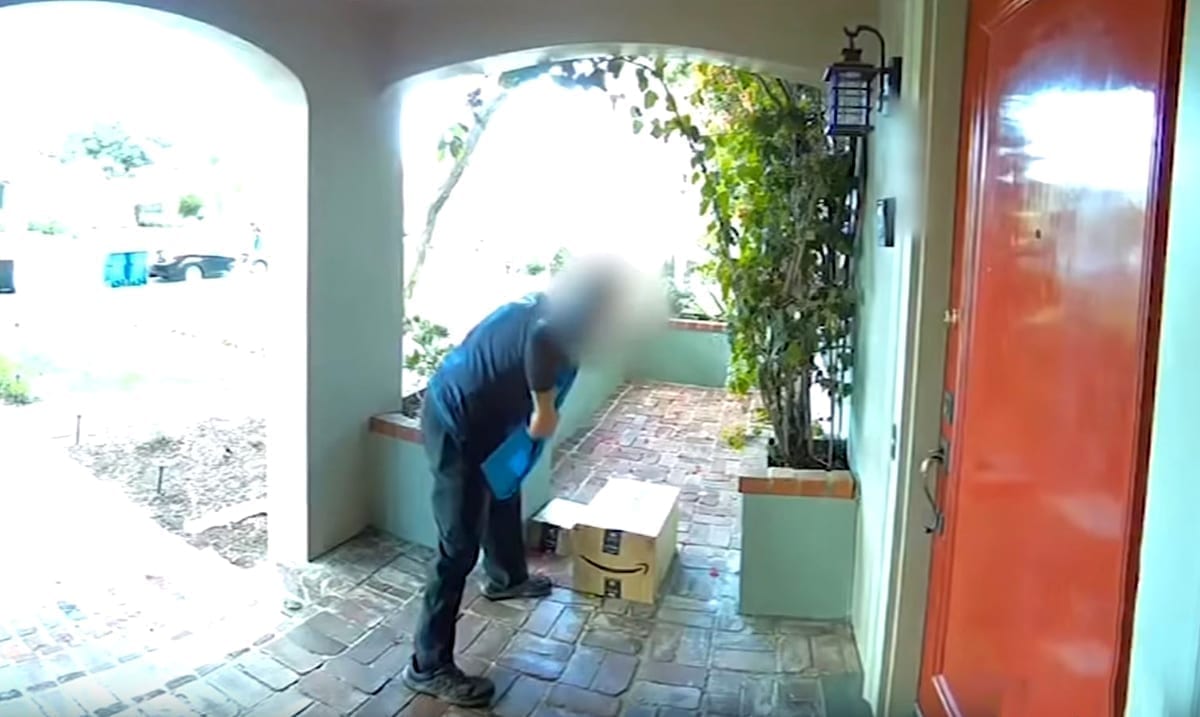 Amidst all of this coronavirus chaos, it seems some are not as concerned as others. In recent times an Amazon delivery driver was caught on camera spitting on a package alarming many.

While you don’t normally expect your delivery drivers to spit on your things when delivering them, that’s exactly what happened in this scenario. This delivery driver in California spit on his hand and wiped it on a package as can be seen in the security camera footage at the end of this video. According to the person who the package was being delivered to initially they thought that a dog had possibly peed on the package or something else of that sort.

However, upon watching their security footage the truth became quite clear. On their Ring doorbell camera the delivery man can be seen quite clearly spitting on his hand and wiping that spit along the package itself. This happened in Los Angeles which is a place heavily affected by this virus.

The driver in the video has gray hair and glasses but according to Fox News is not delivering packages anymore at this time as the incident is being investigated. While some claim the driver could have been trying to remove some kind of barcode from the box, in general, it’s never okay to spit on things that do not belong to you, especially during times like these. We can only hope he wasn’t doing this at all the houses he stopped at.

According to Fox News, Amazon issued a statement on the topic that goes as follows:

“We are aggressively investigating to understand what may have occurred in this situation. If it truly was a malicious act by the driver, we will be sure he is held accountable, up through and including law enforcement action.”

This kind of thing should not be taken lightly and some are calling for that specific driver to be tested for the virus just to be safe. While we do not yet know what will come from all of this, it is important to be aware of. Not everyone is being as cautious as they should and this story makes that quite clear.

To see this footage for yourself please check out the video below. The victim in all of this was offered a 50 dollar gift card from Amazon but honestly, that doesn’t seem like enough considering the pandemic we’re facing. What do you think about this situation and do you think it’s being handled properly?