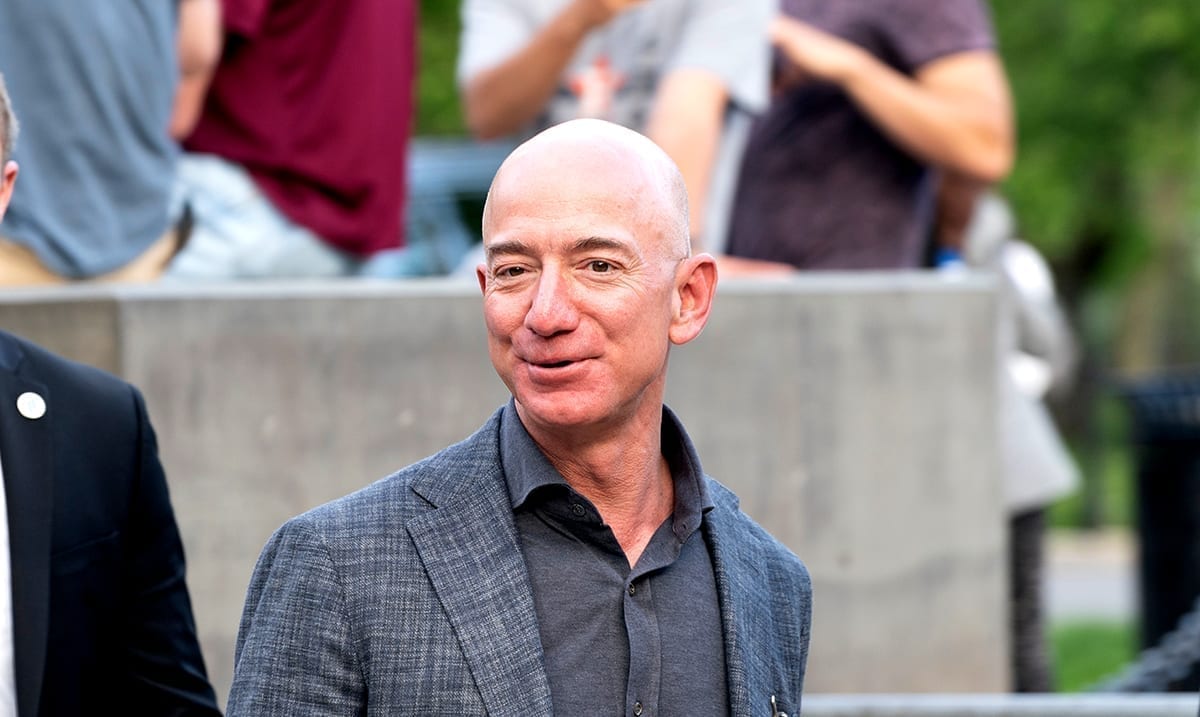 By Gerald SinclairMay 14, 2020No Comments

There is no denying that Jeff Bezos has plenty of money but are you aware of just how much money this man has? He has so much money and is constantly making more to the point where he could soon become a literal trillionaire.

Now, for those who may not be aware, Jeff Bezos is the CEO of Amazon, and he has been sitting at the top of most world’s richest lists for a long time now. While right now he’s a billionaire, as time passes, and he continues to make more and more money he could become the world’s first actual trillionaire. According to Comparisun, a company that happens to compare business projects and things of the sort, Bezos is right on track to become the world’s first trillionaire. It was also noted that he was already the first to hit the 100 billion dollar mark as well.

Comparisun wrote as follows on this topic on their website:

Despite losing an estimated $38 billion as part of his recent divorce, Jeff Bezos is still by far the world’s richest person and his net worth has grown by 34% on average over the last five years, which could potentially see him become the world’s first trillionaire as early as 2026, at which point he’ll be aged 62.

While he might have to wait a couple of extra years, Facebook founder Mark Zuckerberg could gain trillionaire status at a younger age than Bezos, as his current rate growth would see him worth $1 trillion aged 51.

Of the 25 individuals we analyzed, only eleven realistically have a chance of becoming a trillionaire during their lifetime, based on their recent rate of wealth growth.

Basically, by the year 2026 Bezos could end up being a trillionaire. His net worth is growing and as noted is likely to continue to grow as time passes. While this in itself is fascinating many are quite upset about it. Lots of people after learning of this took to Twitter to complain. With so many people struggling in the world right now, a lot of people think Bezos and other ‘rich’ people should be doing more to help especially those who seem to be profiting off of the current pandemic.

Jeff Bezos is about to become the world’s first trillionaire while we’re about to enter a depression pic.twitter.com/901vsfmD5p

I see no difference. pic.twitter.com/v37K4tS962

For more information on all of this check out the video below. While it might not be something a lot of people are behind, it cannot necessarily be stopped. Bezos will continue to make money and could possibly end up being the world’s first trillionaire.