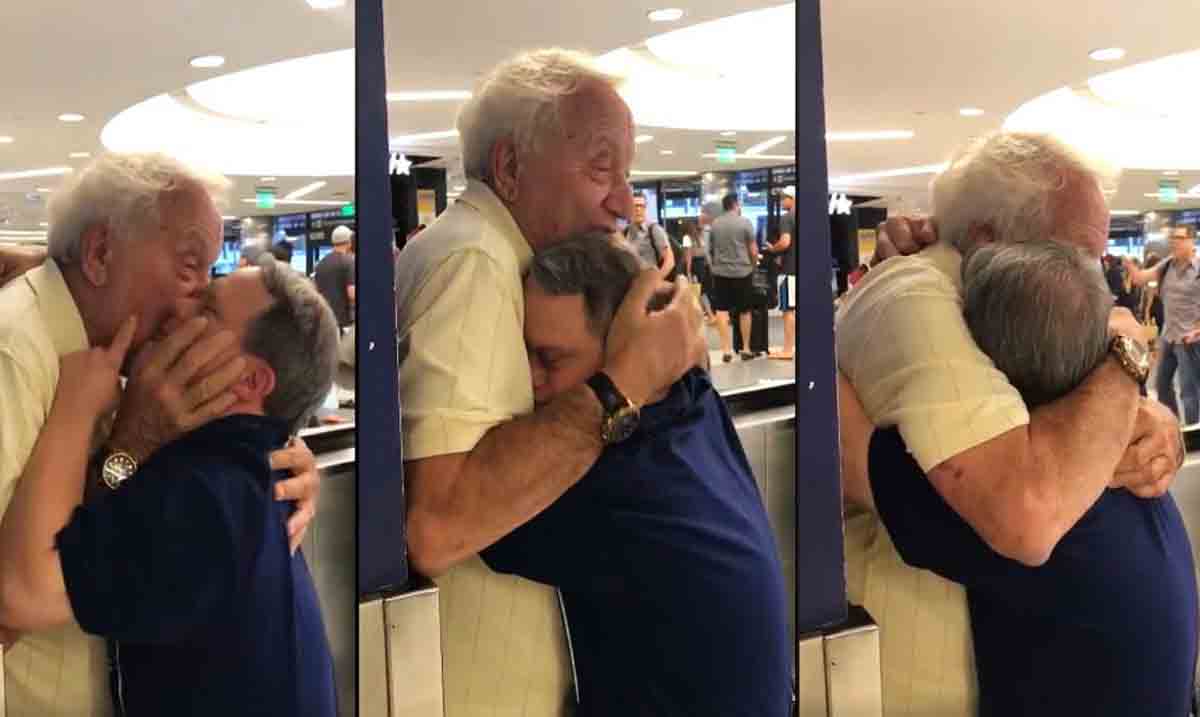 By Gerald Sinclair September 6, 2018 No Comments

There is a lot going on in the world but the best moments often go overlooked. This beautiful moment reminds us all how important it is to be there with the people we truly care about.

Matt Cobrink age 53 recently traveled across the country to see his favorite baseball player. During this time he was away from his father for about a week. This was the first time Matt was away from his father Malcolm in at least 25 years. Marcy, Matt’s sister told PEOPLE that she knew her brother and father are so close that their reunion was going to be a great one so she decided to record it.

In the footage she took of their reunion you can see Matt is ecstatic to see his father. Matt rushes towards Malcolm and showers him with kisses right in the airport as if they had not seen one another in years. Marcy says Matt is extremely loving and happy to see everyone, he is very close to her and her father. This video since being posted has without a doubt gone viral and is all over Facebook.

Within about a week it had already been viewed around 14 million times. This kind of thing really brings people together and gives you a look on those with Down Syndrome you don’t often see. They care for their families just like everyone else does and the relationship between father and son is one that grows even in old age.

Marcy also told PEOPLE as follows in regards to the overwhelming response the video has gained:

“People all over the world were sending me pictures of their children with Down Syndrome, telling me that it made them cry, that they’re so happy to see such a long, loving relationship between my father and my brother.”

“We just want to share the love. We want to let people know it’s really not Down Syndrome, we call it ‘Up Syndrome,’ because my brother has brought so much love into everybody’s life that he comes in contact with.”

Down Syndrome is the most common chromosomal disorder and about 6,000 babies are born with it each year. This is 1 in 700, we really need to begin learning more about it and those with it. While a lot of people refuse to give these people a chance, they are just like everyone else and can be more-so amazing with their ability to really care on a deeper level.