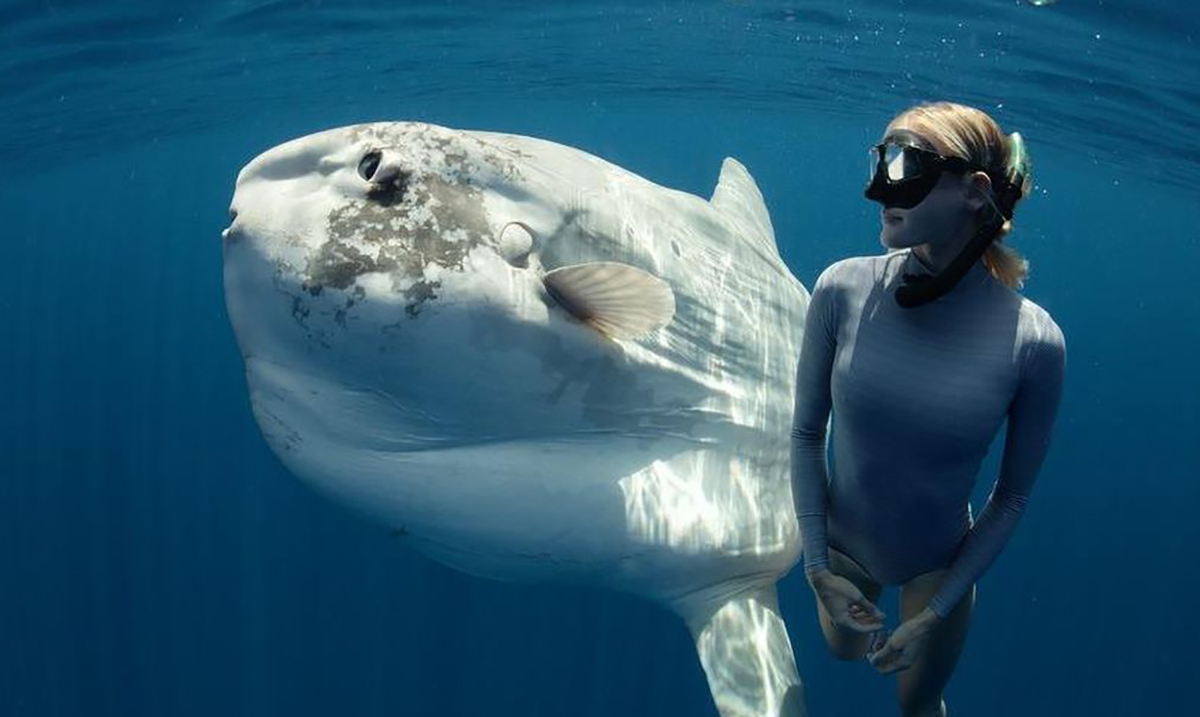 Sunfish are not something we see often and they can but quite intimidating. They can weigh up to five thousand pounds and make everyone looks so small in comparison.

Ocean Sunfish are also known as Mola mola and are the largest known bony fish in the world. They are for the most part very gentle and come off as harmless to humans. Their diet consists primarily of jellyfish and they look quite odd, to say the least.

According to HawaiiNewsNow, local divers Kurt Chambers and Katie Pentz saw this beautiful creature swimming towards them just off the coast of Kona. At first, they questioned whether or not it could be a shark but were quite surprised to see that it was not. While this was a smaller sunfish it was still easily six foot long and quite massive.

“It was just a really easy, gentle experience. That fish is not very afraid of humans or boats and we were able to swim around with it while it meandered around.”

“It didn’t seem to be on a particular path, it wandered around slowly for about 20 minutes.”

These interesting creatures are listed as vulnerable and so even getting near them like this is not something that happens often. You see, these creatures often get caught in nets and accidentally eat things that look like jellyfish (plastic bags and so forth). They are because of our impact decreasing in numbers.

That being said, this encounter should serve as a reminder that these creatures are worth protecting. We should be trying to get a handle on our waste and as consumers cutting back as much as possible. Take a peek at the amazing footage below. This fish is like nothing I have ever seen before.