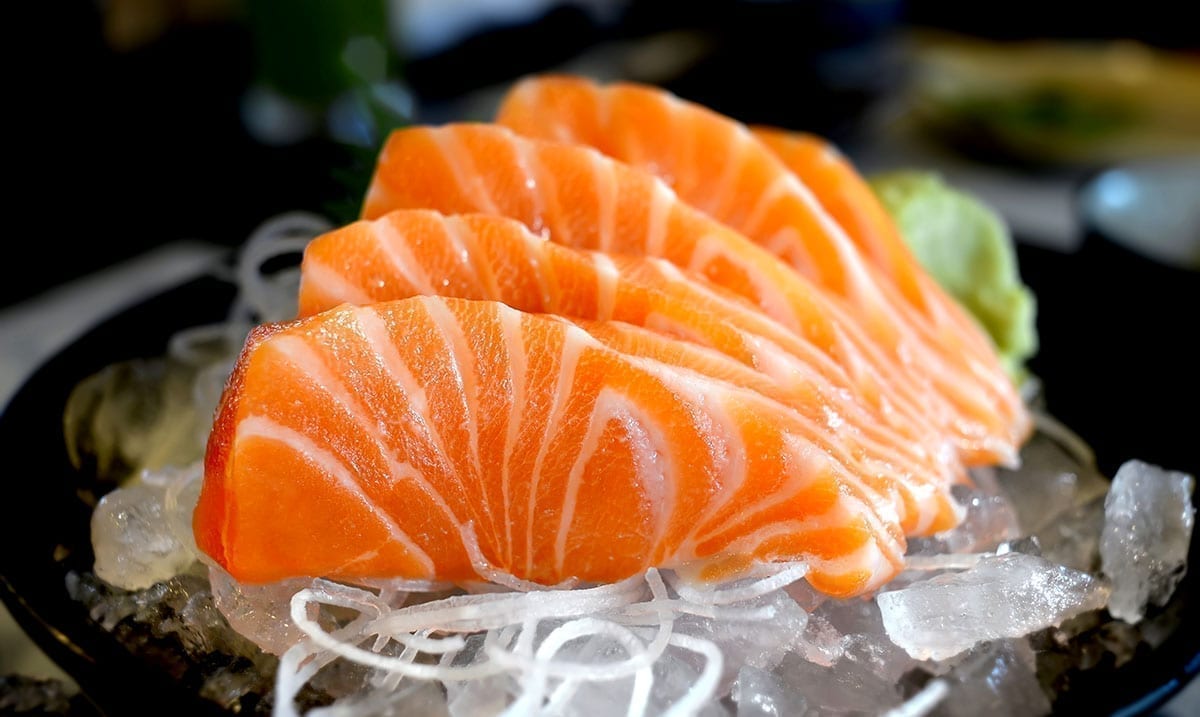 While you might not think about worms when you think of parasites in fish, they are quite present. Even freshly caught fish can have things hidden inside of them that many do not notice.

Regardless of how fancy the restaurant is you could end up finding worms in your leftovers as one food blogger made Munchies aware. She actually found three in her leftovers from a quite well-reviewed Portland restaurant that many truly love. She told Munchies ‘I got sea bass and just looked at my leftovers, and THEY ARE CRAWLING WITH WORMS ALIVE WORMS.’

While normally you might assume the risks are with farmed fish regarding these kinds of things but the fish swimming in your oceans and rivers are also susceptible. They can get things called nematodes and nematodes are worms that live inside of fish and marine mammals. They can cause serious gastrointestinal infection and bring someone to have severe upset stomach and diarrhea. Sure, its presence is rare but is a risk we all take when ingesting fish, especially raw fish.

Now, in regards to combating this kind of thing you should keep as follows in mind according to the NHK:

If wild fish are to be eaten raw or lightly cooked, ensure that all parts, especially the thickest part, has been frozen for at least four days in a domestic freezer at -15C or colder. This will ensure that any undetected anisakis larvae are killed.

Where whole large fish, or very thick parts of unfilleted fish, are frozen, it may take some time for the thickest parts of the fish to get down to this temperature after placing in the freezer.

In such cases, it is advisable to freeze for five days or longer to ensure that a low enough temperature is maintained right through the fish for at least four full days.

This freezing advice also relates to wild caught fish that are to be cold-smoked or eaten after marinating or salting.

Parasites are a natural thing and while it can come across as quite horrifying it is something we have to keep in mind. The health risks are far less than most with other issues but having worms inside your body doesn’t sound fun at all now, does it? The life cycle of an anisakid nematode begins when seals or lions eat infected fish and from there they move onto lay eggs and become excreted by those who have eaten them. Once their eggs are free they are eaten by shrimp and so forth and eventually make their way back into the bodies of fish. It is a cycle that is seemingly neverending.

Munchies when speaking to an unnamed fish purveyor were told as follows in regards to this kind of thing:

“There are parasites in almost every kind of fish,”

“What I provide is as fresh as can be. It comes straight from the ocean to the restaurant.”

“I don’t eat raw fish because of what I’ve seen,”

“I don’t eat sushi anymore. I urge people not to cook whole fish because the parasites can hide in the head and gills. At home, I fillet them right away.”

“A lot of times fish that are farmed are dyed and treated, the space they’re kept in, the way they’re treated.”

“I dory fish, a dying occupation. So many places are focused on price, and I’m trying to bring back local sustainable fish. It would be sad to lose the tradition and the quality too.”

While there are around 20,000 cases of nematode infections from fish globally at least 90 percent of those are from Japan. Here in the US, there are as few as 60 per year. I guess what you should take away from all of this is that it does not hurt to be careful.