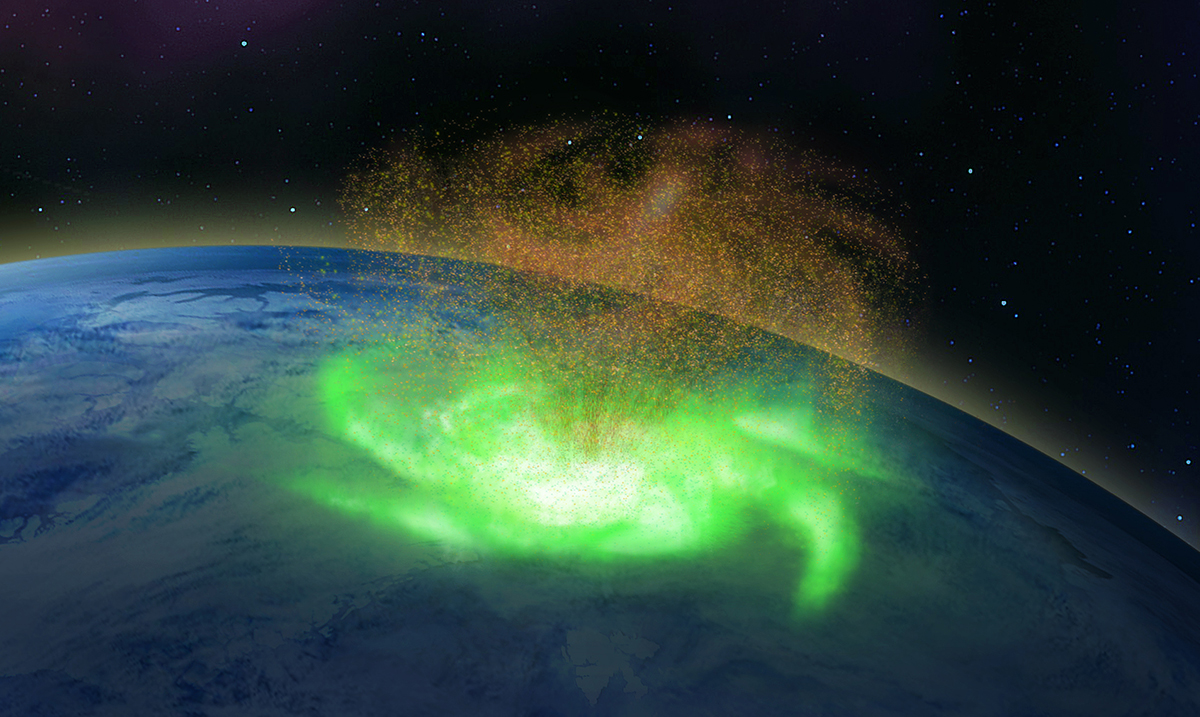 By Gerald Sinclair March 5, 2021 No Comments

I know, the idea of a space hurricane is one that blows the minds of many, but apparently it is a real thing. We’ve never seen this kind of thing before but well, researchers seem to have spotted one as of late.

According to WGN9, a space hurricane was observed finally. Now if this was something we had seen before most wouldn’t think much of it, but this is easily the first time we’ve observed such in the upper atmosphere of earth.’ WGN9 actually noted that this observation in itself was the first true confirmation we’ve ever had of the phenomenon itself.

While findings on this were published in late February of this year the observations were made back in 2014. Sure, that might sound like a long time for information to come forth, but research was needed and diving into the phenomenon was not easy. This observation was actually even recorded by satellites back when it was made in 2014.

Fox 8 wrote as follows on the topic:

A team of scientists from the U.S., China, Norway and the U.K. made the retroactive discovery from observations recorded by satellites in August 2014. Their findings were published in late February in the journal Nature Communications.

“Until now, it was uncertain that space plasma hurricanes even existed, so to prove this with such a striking observation is incredible,” said Mike Lockwood, a space scientist at the University of Reading and coauthor of the study, in a statement.

The hurricane was 1,000 km wide — or roughly the driving distance between New York and Detroit. The swirling mass of plasma rains electrons, rather than water, but otherwise relatively resembles the hurricanes we have on earth.

“Tropical storms are associated with huge amounts of energy, and these space hurricanes must be created by unusually large and rapid transfer of solar wind energy and charged particles into the Earth’s upper atmosphere,” Lockwood said.

Because plasma and magnetic fields are commonplace in the atmosphere of planets throughout the universe, the researchers assume the phenomena of space hurricanes are widespread.

I know, to some this might not sound like much but it changes a lot of things and gives us more to dive into. Who knows how many more of these we will observe as time goes by. Why did it take so long to actually even observe one?

The abstract of the research published on this topic goes as follows:

In Earth’s low atmosphere, hurricanes are destructive due to their great size, strong spiral winds with shears, and intense rain/precipitation. However, disturbances resembling hurricanes have not been detected in Earth’s upper atmosphere. Here, we report a long-lasting space hurricane in the polar ionosphere and magnetosphere during low solar and otherwise low geomagnetic activity. This hurricane shows strong circular horizontal plasma flow with shears, a nearly zero-flow center, and a coincident cyclone-shaped aurora caused by strong electron precipitation associated with intense upward magnetic field-aligned currents. Near the center, precipitating electrons were substantially accelerated to ~10 keV. The hurricane imparted large energy and momentum deposition into the ionosphere despite otherwise extremely quiet conditions. The observations and simulations reveal that the space hurricane is generated by steady high-latitude lobe magnetic reconnection and current continuity during a several hour period of northward interplanetary magnetic field and very low solar wind density and speed.

What do you think about all of this? I, for one, find it to be quite fascinating. Could you imagine being the one to spot such a thing?