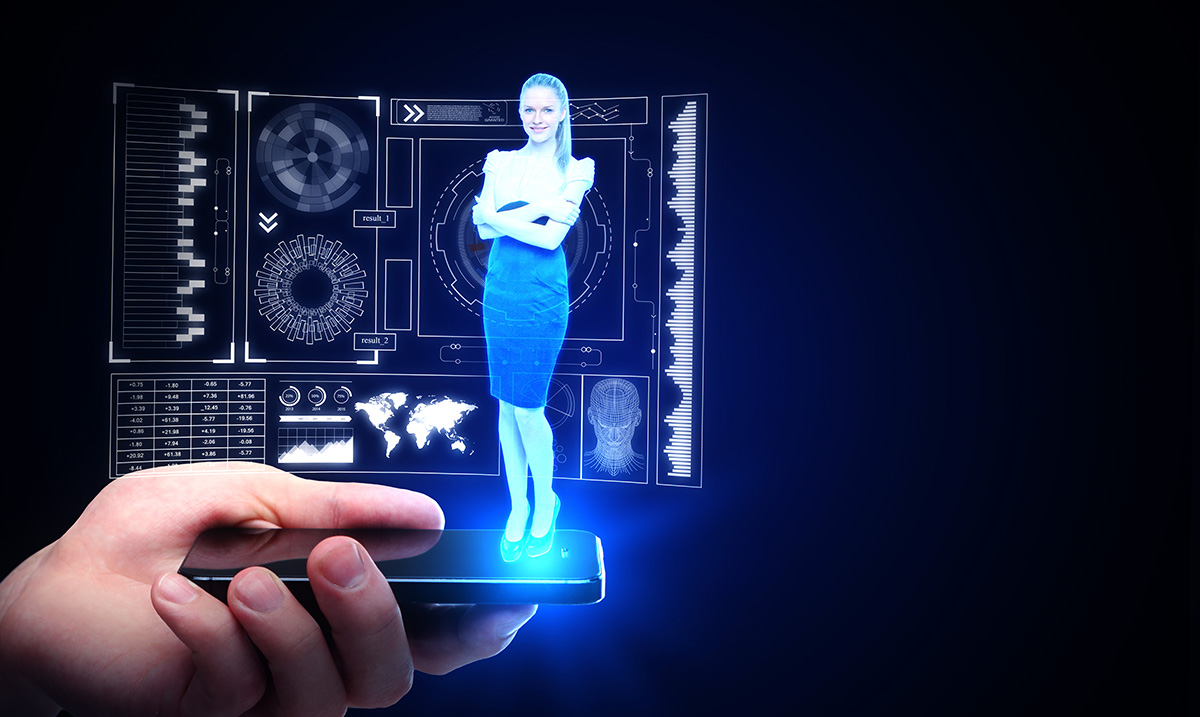 A New Way To Build A Hologram Has Been Discovered

While there are ways to create holograms, this new way is quite interesting and brings forth a lot of questions. According to Phys.org as of late this new type of ‘quantum holography’ may very well be capable of helping us to overcome the ‘limitations of conventional holographic approaches.’

A study on this new means was published in Nature Physics under the title ‘Polarization entanglement-enabled quantum holography’ and it breaks things down in big ways. I know, it might not sound like much to some, but to those who know about holography and things of this nature, it is an enormous and truly groundbreaking find.

Holography is a cornerstone characterization and imaging technique that can be applied to the full electromagnetic spectrum, from X-rays to radio waves or even particles such as neutrons. The key property in all these holographic approaches is coherence, which is required to extract the phase information through interference with a reference beam. Without this, holography is not possible. Here we introduce a holographic imaging approach that operates on first-order incoherent and unpolarized beams, so that no phase information can be extracted from a classical interference measurement. Instead, the holographic information is encoded in the second-order coherence of entangled states of light. Using spatial-polarization hyper-entangled photon pairs, we remotely reconstruct phase images of complex objects. Information is encoded into the polarization degree of the entangled state, allowing us to image through dynamic phase disorder and even in the presence of strong classical noise, with enhanced spatial resolution compared with classical coherent holographic systems. Beyond imaging, quantum holography quantifies hyper-entanglement distributed over 104 modes via a spatially resolved Clauser–Horne–Shimony–Holt inequality measurement, with applications in quantum state characterization.

You see, this means of holography works in a very unique way. One that is quite different from traditional holography. Basically, it’s holography with entanglement in a sense. Through using quantum entanglement, things become much more complex and somehow simpler in some ways as well.

Phys.org wrote as follows on these findings:

So optical coherence is vital to any holographic process. But our new study circumvents the need for coherence in holography by exploiting something called “quantum entanglement” between light particles called photons.

Conventional holography fundamentally relies on optical coherence because, firstly, light must interfere to produce holograms, and secondly, light must be coherent to interfere. However, the second part is not entirely true because there are certain types of light that can be both incoherent and produce interference. This is the case for light made of entangled photons, emitted by a quantum source in the form of a flow of particles grouped in pairs—entangled photons.

These pairs carry a unique property called quantum entanglement. When two particles are entangled, they are intrinsically connected and effectively act as a single object, even though they may be separated in space. As a result, any measurement performed on one entangled particle affects the entangled system as a whole.

In our study, the two photons of each pair are separated and sent in two different directions. One photon is sent towards an object, which could be for example, a microscope slide with a biological sample on it. When it hits the object, the photon will be slightly deviated or slowed a bit depending on the thickness of the sample material it has passed through. But, as a quantum object, a photon has the surprising property of behaving not only as a particle, but also simultaneously as a wave.

Such wave-particle duality property enables it to not only probe the thickness of the object at the precise location it hit it (as a larger particle would do), but to measure its thickness along its entire length all at once. The thickness of the sample—and therefore its three-dimensional structure—becomes “imprinted” on to the photon.

Because the photons are entangled, the projection imprinted on one photon is simultaneously shared by both. The interference phenomenon then occurs remotely, without the need to overlap the beams, and a hologram is finally obtained by detecting the two photons using separate cameras and measuring correlations between them.