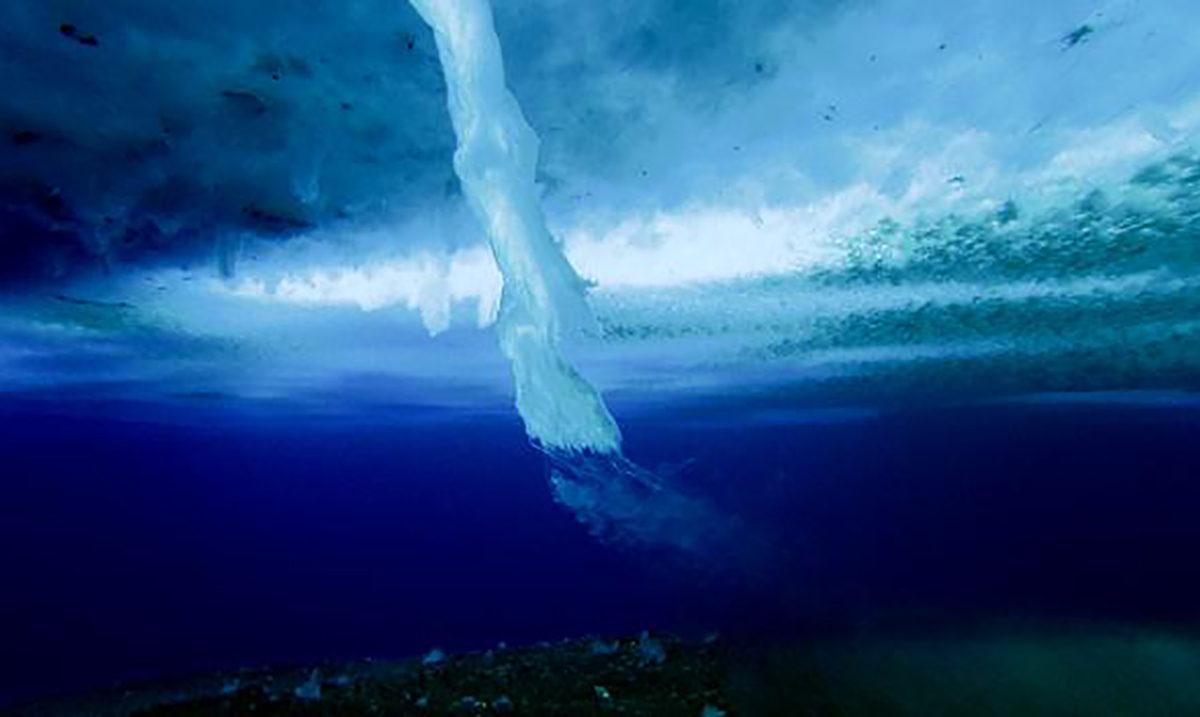 By Gerald Sinclair January 7, 2019 No Comments

Nature can truly be far scarier than most realize. If you’ve never heard of a brinicle, this might blow you away.

Brinicles are something formed when sea water freezes. Seawater does not freeze in the same ways that normal water does. It won’t become a solid lump, it just becomes a spongy cold mess. This becomes a network of brine channels within the frozen areas and looks like of like an icicle.

So, basically, this is a twisting column of ice that moves down to the sea floor where there is lots of life. Many refer to this as the ‘ice finger of death’ and other things of the sort. It happens in this manner because the floor temperatures are not the same as the surface and heat ends up flowing through the freezing sea itself.

This kind of thing was described as follows by Live Science:

When salt-rich water leaks out of sea ice, it sinks into the sea and can occasionally create an eerie finger of ice called a brinicle. New research explains how these strange fingers of ice form and how the salty water within sea ice could have been a prime environment in which life may have evolved.

The study, published in the American Chemical Society’s journal Langmuir, suggests that brinicles form in the same way as hydrothermal vents, except in reverse. Hydrothermal vents are spiny-looking towers on the ocean bottom where boiling, chemical-rich water flows out of the seafloor.

The brinicle-forming process goes like this: When sea ice freezes in the Arctic and Antarctic, the salt and other ions in the water is excluded from the water crystals, said study author Bruno Escribano, a researcher at the Basque Center for Applied Mathematics in the Basque Country in northern Spain. This salt-heavy brine accumulates in fractures and compartments within the sea ice.

This kind of thing kills/freezes everything in its path. They are normally found in the Antarctic where saline water is introduced to the ocean and throughout the years some of the most amazing footage has been caught of them processing big time. While it is rare to catch them, we have known about their existence since the 1960s.

Some of the best footage I have seen was captured by BBC and has since been making its rounds for quite some time now. This was the first time it was ever captured and in order to obtain this footage, those associated had to battle brutal conditions and even faced seal attacks according to Message To Eagle’s website. Could you imagine seeing this kind of thing in the ways they were able to?

To see this amazing yet terrifying brinicle form for yourself please check out the video below. What do you think about all of this? Isn’t it amazing how nature works? Even when something seems simple, it can do so much damage and is far more complicated than we assume. While it is beautiful, it is something that ends a lot of lives regarding the creatures of the sea, this finger of death is very true to its name.