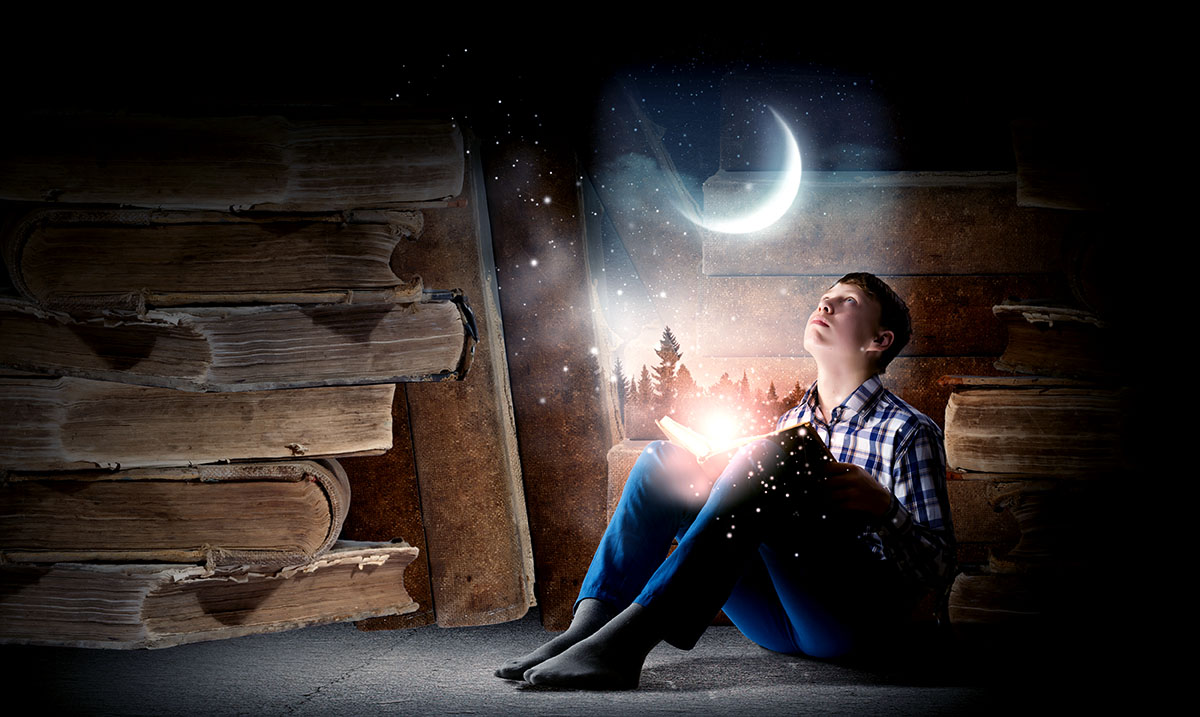 A Home Library Could Have A Forceful Effect On Children

While you might not think too much about the concept of having a library at home, it could do more good than you’d expect. When a child is raised loving to read a lot of things are brought forth that otherwise would not.

Findings 2018 that were published in the journal Social Science Research actually found that raising a child in a house full of books could impact his/her future academic growth as a whole. The more we immerse our children in books and other positive means of growth the more they can and will flourish. According to these findings, at least 80 books within the home is a great place to start and gives our children a big boost in more ways than we usually consider.

The results of this study are noted as follows:

“The reported adolescent exposure to books at home varies considerably from society to society (Table 1). Adults in Scandinavia and in some post-Communist societies recall growing up with large home libraries. The average library size in Norway was 212 and in Sweden, it was 210, in contrast to 192 in Denmark and 162 in Finland. Estonians grew up with 218 books on average and the Czechs with 204. On the other end of the spectrum, the average home library size in Turkey was 27 books, in Chile or Singapore 52 books, with the average across the 31 societies at 115 books.

Evidently, what counts as a large home library varies considerably depending on societal context. Nevertheless, these reports broadly correspond with reports in other data collections in different time periods, where the residents of post-Soviet and Scandinavian societies also reported larger home libraries than the denizens of English speaking parts of the world (Evans et al., 2015; Evans et al., 2010). Local standards of bookishness matter for local practices and success at school, therefore our key conclusions are based on society-specific analyses with the pooled analyses serving merely as a convenient summary of what we establish, society-by-society, as nearly universal effects.”

“Growing up with almost no books is associated with literacy levels at about half a standard deviation below the mean in the pooled sample. Having had approximately 80 books in adolescent home library raises literacy levels to the average while from about 350 books onwards further growth in the library size is not associated with significant literacy gains.

The relationship is remarkably similar for numeracy and ICT skills (Fig. 1b and c) but gains in ICT skills, associated with larger library sizes, are not as steep. While it may appear that bookishness matters less for digital competencies, the important caveat of the data about ICT skills, however, is that they are available only from a PIAAC subsample, which, on average, was two years younger than the entire sample, had more educated parents and more books in their adolescent libraries (152 versus 127 across 28 societies). Thus, it is only to be expected that for this group of respondents, given the general pattern of smaller returns in the upper end of the distribution, the benefits will be more moderate. Notwithstanding that, the log-linear relationship between the number of books and the dependent variables holds for all three cognitive domains and the natural log of the average number of books represents well these relationships, when compared to a dummy variable specification, which we also considered (see Supplementary materials Appendix Tables 3 through 5). Therefore, we settled on using the natural log of books as our key independent variable.”

This study goes over two different factors that come into play when it comes to the benefits of this kind of thing. Exposure of books and the environment a person is growing up in paired with the skills that we tend to gain through reading in itself. Considering how cheap it can be to obtain different books, this kind of thing is quite doable for people in homes of all varieties. You can go to yard sales and get books for pennies, literally if need be.

Scholastics went over these findings on their website not too long ago as well and in their postings, they mentioned that if you’re unsure of where to begin in building a library for your kids you should start by sharing books you loved as a kid yourself. Ask your kids what they’re interested in and find books that have things to do with the things they are interested in. It’s not as hard to get them interested in reading as most of us tend to think and I believe that is why we usually shut things down in regards.

To learn more about this topic please check out the video below. What do you think about the idea of having a home library? Did you grow up surrounded by books?