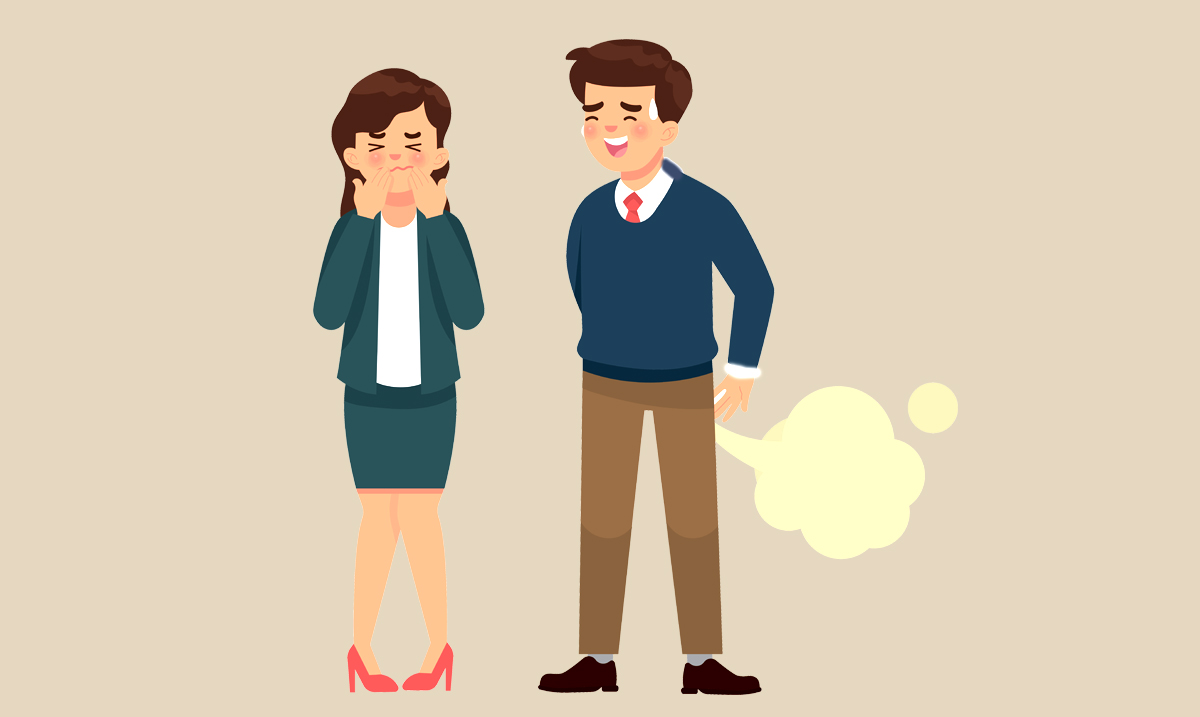 A Couple Who Farts Together Stays Together, According To Recent Survey

Holding in your fart is never a good idea as it can cause serious issues and force the gas that would have been released to get absorbed by our bodies. That being said, a new survey shows that couples who fart in front of one another seem to last longer. Farting is gross but it’s not the worst thing in the world and isn’t going to make anyone hate you.

The survey mentioned above was carried out by MIC and notes that for the most part, it takes anywhere from two to six months for most people to begin farting in front of their partner. Farting in and of itself plays a role in establishing a sense of true intimacy whether you’re willing to see that or not. It makes you closer and builds a stronger bond between the two of you.

Somehow the period at which most begin farting in front of one another is also the period at which ‘I love you’ is shared. Sure, it can be a bit embarrassing but overall it is a very positive thing. As long as you’re on the same page with your partner this kind of thing won’t be a problem.

As a matter of fact, Shannon Chavez a psychologist who works with couples specifically believes that the social stigma to do with this kind of thing needs to be worked through. Passing gas and other things of the sort is perfectly normal and needs to be ‘normalized.’ She believes that we should not be feeling shame when doing anything of the sort.

Chavez told Huffington Post as follows in regards to passing gas in your partner’s presence:

“Passing gas is viewed as gross, dirty, stinky and not attractive. Kids get ridiculed about it in school and are even embarrassed by peers if they pass gas in front of the opposite sex or anyone, for that matter.”

“This early programming can come up in our romantic relationships where someone feels inhibited or embarrassed by just the thought of it.”

“I think it’s something most people avoid in any sort of intimate relationship out of shame.”

“The more we can normalize it and not shame it, the better. It allows people to feel more open in dealing with changes in their bodies and less secrecy and shame which can be isolating and embarrassing.”

“This can also open up the dialogue to other important bodily functions that are often shamed and cause embarrassment.”

What do you think about all of this? Do you fart in front of your lover? I for one am more than comfortable letting my gas go. For more information on the potential benefits you might be gaining by farting in your partner’s presence please feel free to take a peek at the video below.