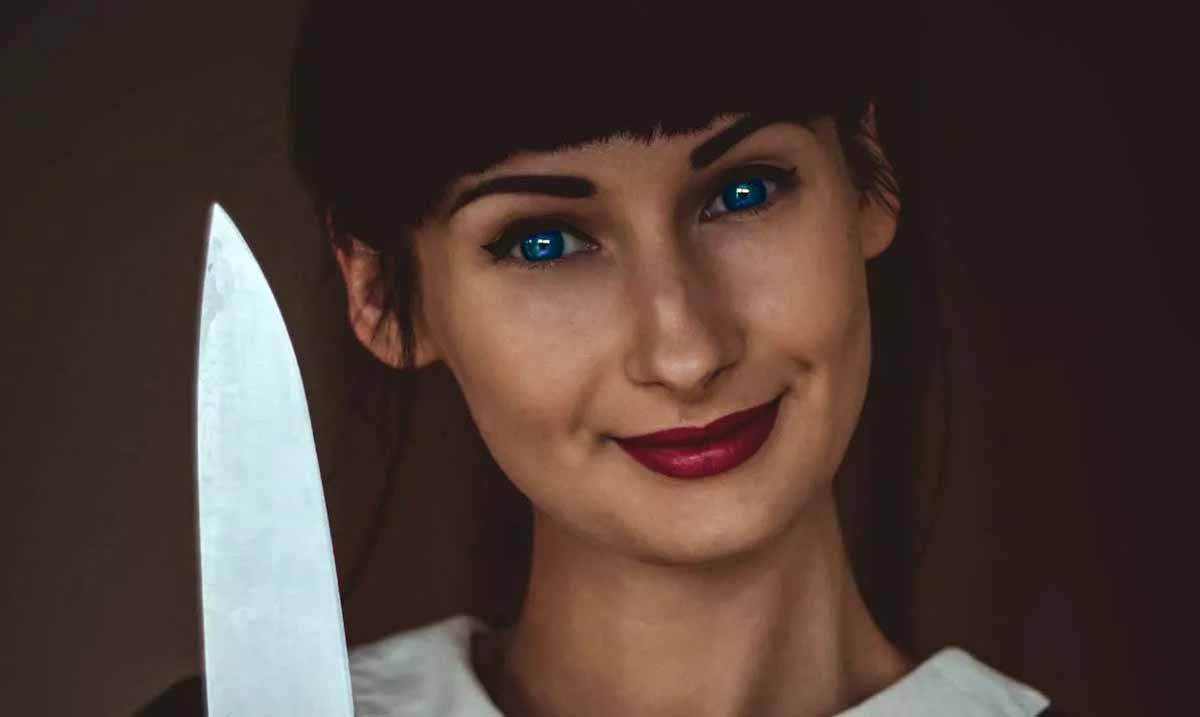 A Complete Guide To The Female Psychopath

By Harley Manson September 2, 2021 No Comments

With so many misconceptions surrounding psychopaths, it’s no wonder why they are so hard for many to identify. However, knowledge is power, and the more you understand the inner workings of a dark damsel, the more likely you will be able to spot one before they leave a mark.

To diagnose a psychopath, professionals use a test called the “Psychopathy Checklist-Revised (PCL-R 2003).” This test was developed by Robert Hare and is a checklist of 20 items. Each item can provide a score of up to 2 points, and points are given based on how well they fit the individual. You can score a maximum of 40 points, which isn’t likely. And a score of 30 qualifies as a psychopath. (Hart, Hare, and Harper)

Anti-social personality disorder, on the other hand, is diagnosed through the Diagnostic and Statistical Manual of Mental Disorders (DSM) which sets a structure for psychiatrists and doctors to use. The most confusing aspect of this is the fact that while there are diagnostic criteria for anti-social personality disorder, there is not one for psychopathy in the manual.

Hart and Hare assert that while all psychopaths are sociopaths – not all sociopaths are psychopaths. Studies show that a mass majority of men in prison (70-100%) fit the criteria for sociopathy, while only 28% would qualify as a psychopath according to the checklist.

Around 1% of the general population are psychopaths, and typically there are more men than women who fit the description. Psychopaths lack empathy, and remorse, just like a sociopath, but they are far more impulsive and thrill-seeking.

And while unfortunately there isn’t a massive amount of research on female psychopaths, there have been studies and papers carried out by experts that shed some light on the dichotomy of a female psychopath.

One study, for example, that was carried out in 2012 and published in the International Journal of Women’s Health found that female psychopaths are more likely to flirt and use their sexuality to manipulate others. What’s quite interesting is that a female psychopath isn’t prone to physical violence. Instead, they are most likely to become verbally aggressive and cruel by the use of their words. This factor alone separates them from psychopathic men, who are more likely to resort to violence or commit fraud.

Another study that was published in the Journal of Personality Disorders in 2017 found that female psychopaths are likely to be anxious, to have emotional problems, and to be promiscuous.

And while most psychopaths exhibit narcissistic behaviors, the female psychopath is far more covert about it.

In other research, female psychopaths were found to show relational aggression that was characterized by jealousy, self-harm, manipulation, and verbal aggression.

When speaking with Insider, Adrian Raine, a professor of criminology at the University of Pennsylvania (who is also an expert of psychopathy) calls psychopathy a neurodevelopment disorder. In the brain, we have regions that are responsible for certain functions. Our amygdala is responsible for our emotional function, and in psychopaths, the region is around 18% smaller than a normal brain.

During scans, normal brains will light up when given a moral dilemma. But in psychopaths, the reaction isn’t the same. “there are that there are strong genetic contributions to the brain areas but we also know that social environment can impact the brain,” Rain explained to Insider. “People who are abused early in life or who are neglected, for example, have a reduction in the volume of the amygdala. That’s at least true in children. So it can be genetics and it can be the environment. Most likely, it’s a contribution of both.”

When asked about the differences between men and women, he stated that women are less likely to commit homicide. As far as ratios, he explained that the ratio is rather large, with nine males to every one female psychopathic killer. He clarifies this by saying that “Most psychopaths don’t kill. Most psychopaths are not violent. However, they are perhaps more likely to be violent and more likely to commit homicide than other offenders.”

Regardless, female psychopaths are still just as dangerous as male psychopaths. Some could argue that they are even more dangerous because they are much harder to spot. Their different exterior and pattern of behavior can make them more difficult to identify. Despite their exterior- beneath the mask lies the same manipulative, impulsive, and lack of conscience.