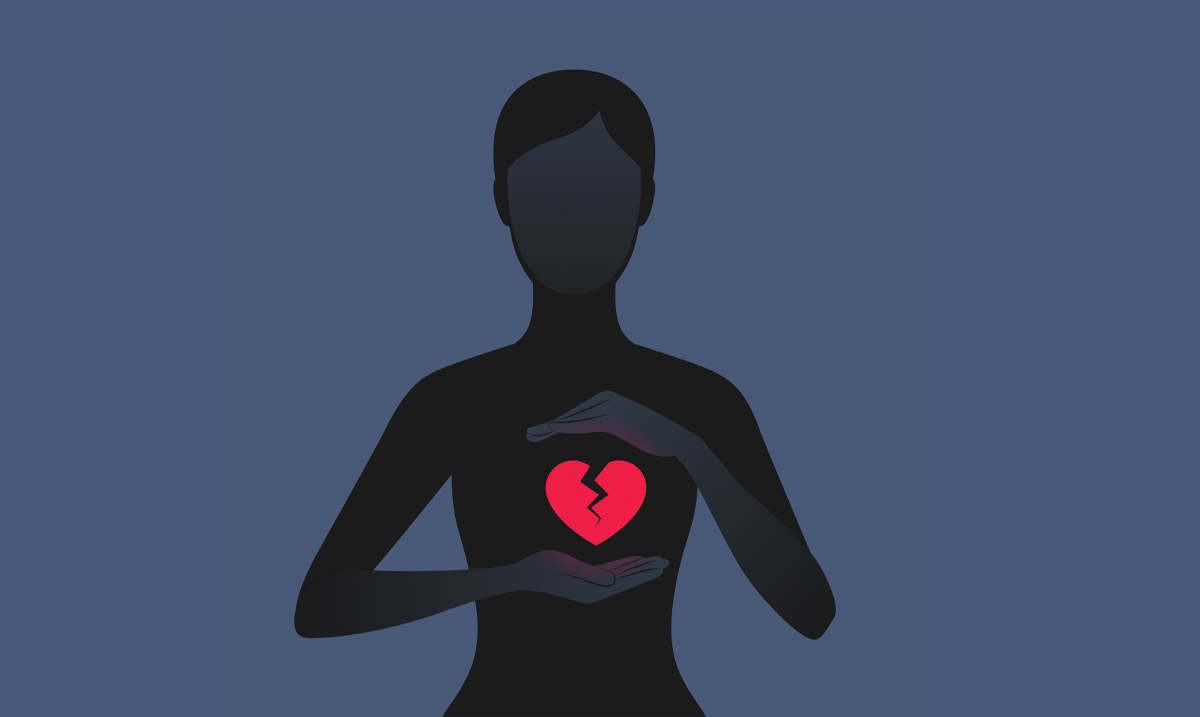 Trauma is a very tricky thing, as it can manifest in so many different forms, especially when it is unresolved. For many of us, when issues begin to arise, our first instinct is to blame ourselves, especially in the case of trauma, despite it not being our fault.

When we feel our unresolved emotions bubbling to the surface, we often wonder, why can’t I control myself? But the thing about trauma and emotions, in general, is that when we don’t allow them to process when we don’t allow ourselves to feel our emotional states, they find other ways to come through.

Because of that, unresolved trauma can make us feel broken or defective when, in reality, that isn’t the case at all.

Here are 9 signs you aren’t broken, but instead have unhealed trauma.

Those who have endured trauma typically have a hard time in states of conflict. Because they have seen a situation manifest into the worst possible scenario, deep down they will always fear what is next. And in situations of conflict, the chances may seem much higher.

Addiction and trauma go hand in hand. And 9 times out of 10, a person who is suffering from extreme alcoholism, extreme drug abuse, or even someone with a gambling or hoarding addiction, beneath the surface, there is a trauma that has gone unresolved.

As a coping mechanism, those who have endured trauma will often end up avoiding people and situations which bring them any discomfort. They may believe if they keep themselves isolated, they are free from harm. But, unfortunately, what happens is that by avoiding people altogether, they are bringing on the one thing they are trying to avoid: pain.

Those who have endured trauma often relive their trauma through flashbacks and nightmares. For a split second, they feel like they are taken back to the moment in which it happens. And triggers can be scents, names, certain music, or really anything that reminded them of the traumatic experience.

Another symptom of unresolved trauma is feelings of detachment. Those who have endured trauma often report feeling empty or feeling separated from their body. In some cases, they may not even believe they are real. This is called disassociation, depersonalization, and derealization, and it’s very typical among those who suffer from post-traumatic stress disorder.

When a major trauma occurs, it sends our nervous system on overdrive. This is due to massive amounts of cortisol being released, which places us in fight or flight mode. In turn, because trauma stays with us when it is unresolved, we may find ourselves in this mode over and over again.

Hypervigilance is a state of hyperawareness. Those who endure trauma will often try to be aware of everything going on around them because they are trying to make sure they are in control of their environment. But, this can place even more stress on the body.

Trauma rewires the brain, which can make it much harder to control impulses and even mood. The slightest thing can cause an intense shift in mood, and in many ways, those who endure trauma become hypersensitive to their environments.

Overstimulation is real, especially in the case of trauma. Because someone who is traumatized is already carrying an immense amount of pressure within them, even the slightest thing can cause that pressure to release. Unfortunately, when released, it can come through in fits or outbursts of rage.