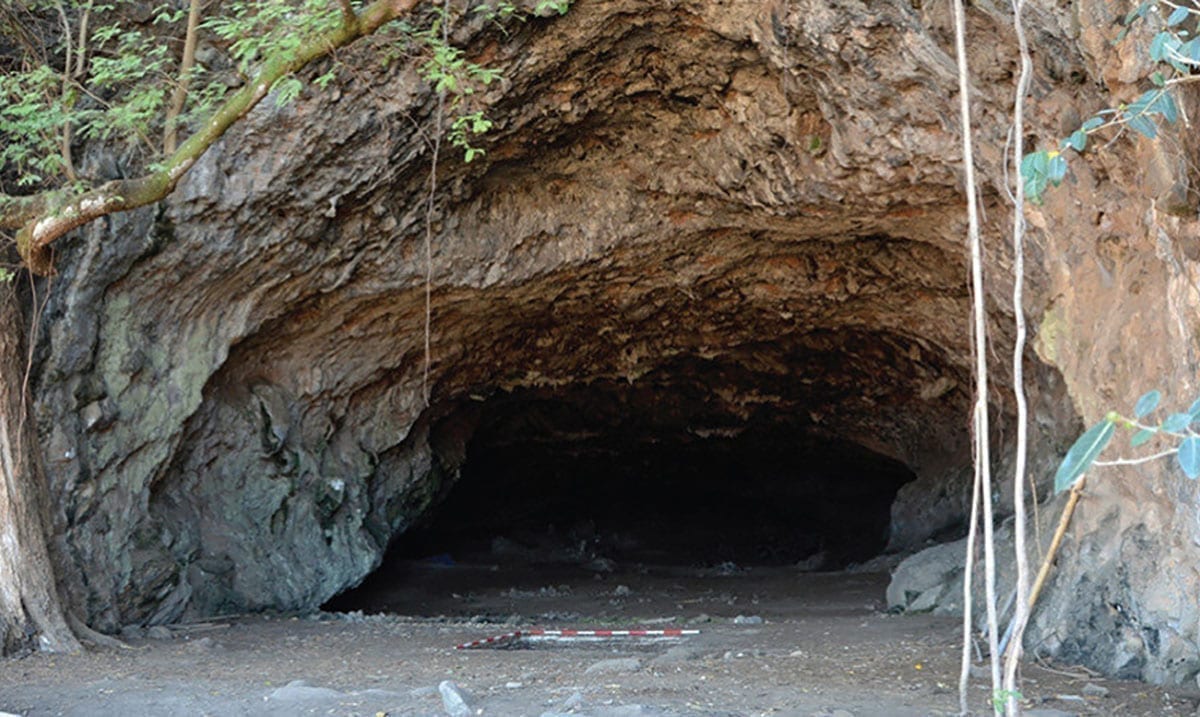 By Gerald SinclairNovember 4, 2020No Comments

As of late, it seems archaeologists from ANU have found something quite interesting. These researchers have managed to uncover a rare child burial that is well over 8,000 years old.

This kind of thing is like nothing we have ever seen before and it really brings a lot to the table. The more it is studied the more we can learn about the people of the past and their practices when it comes to the dead. The child in this specific ‘grave’ was according to ANU between the ages of 4-8 and was put to rest during some kind of ceremony.

Phys.org wrote as follows on this find:

Lead researcher Dr. Sofia Samper Carro said the child, aged between four and eight, was laid to rest with some kind of ceremony.

“Ochre pigment was applied to the cheeks and forehead and an ochre-colored cobble stone was placed under the child’s head when they were buried,” she said.

“Child burials are very rare and this complete burial is the only one from this time period,” Dr. Samper Carro said.

“From 3,000 years ago to modern times, we start seeing more child burials and these are very well studied. But, with nothing from the early Holocene period, we just don’t know how people of this era treated their dead children. This find will change that.”

Notably, the child’s arm and leg bones were removed before interment and disposed of elsewhere.

“The lack of long bones is a practice that has been documented in several other burials from a similar time period in Java, Borneo and Flores, but this is the first time we have seen it in a child’s burial,” Dr. Samper Carro said.

The things noted about this specific burial really bring a lot of questions forth. Why were bones removed and how long was this something practiced for? This body overall is quite interesting and analyzing it more will help us better understand just what the person who it once belonged to was like in some ways, genetically at least.

The abstract on a study covering this goes as follows:

Mortuary contexts in geographical and chronological settings such as islands are key to investigating human migration pathways, population replacements, diet, health, occupational activities, belief systems as well as other aspects of social behaviour. Located between Mainland Southeast Asia and the Pacific, Island Southeast Asia is of particular interest in this respect. As yet, however, few complete burials predating the Neolithic have been recovered and described from within this vast region.

This paper presents a sub-adult burial from Gua Makpan, Alor Island, Indonesia, which is dated to the early mid-Holocene. The anatomical description and bioskeletal profile of the remains is complemented by the analysis of mortuary practices. Our results suggest a delayed primary burial or a secondary treatment, where long bone diaphyses were removed prior to interment. The stratigraphical position of the remains indicates that the skeleton was not interred in anatomical position, which supports the hypothesis of secondary treatment of the remains.

It is interesting to note that even adult bodies found by these researchers elsewhere were smaller in comparison to what we would have in this day and age. While only time will tell just what this child burial reveals, many are on edge in anticipation. I for one am wondering deeply myself what else may end up being found.