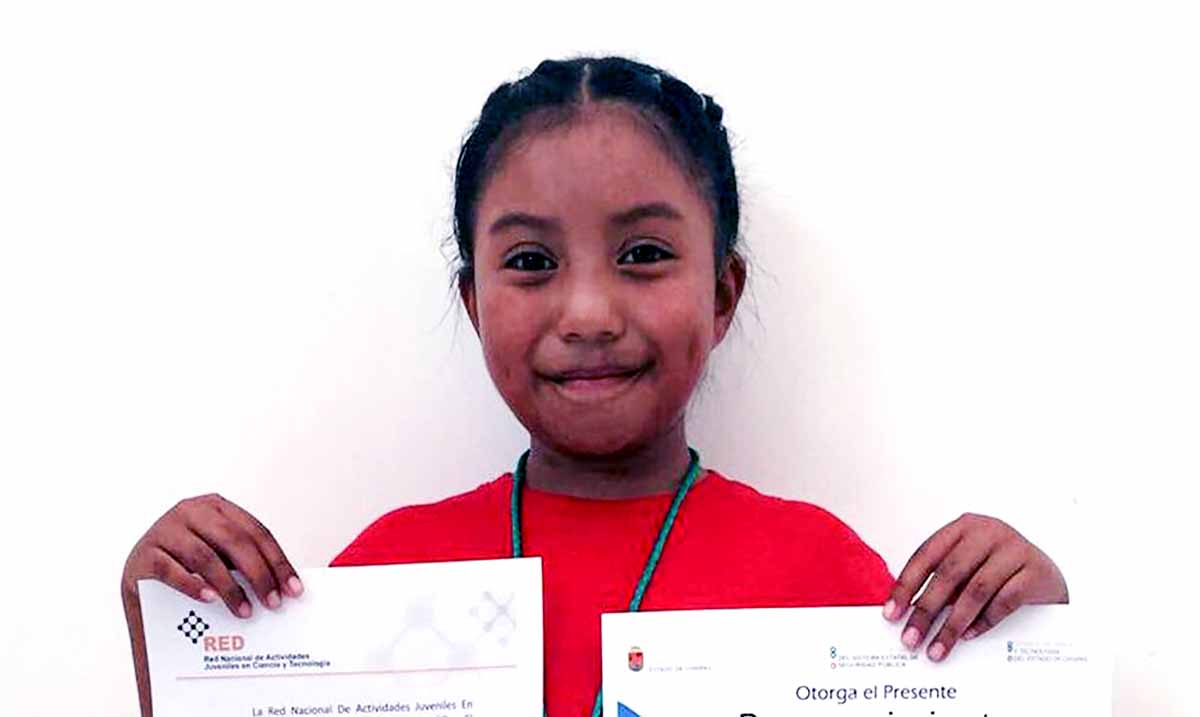 By Gerald SinclairSeptember 15, 2019No Comments

Sometimes children are capable of amazing things and this little girl is a great representation of that. If you assume only life-changing inventions come from adults, you’re dead wrong and need to see what this fantastic little lady has created.

Just from looking at Xochitl Guadalupe Cruz Lopez you might assume she is your average girl. She lives in Mexico, plays soccer, and is just roughly ten years old at the moment but there is something that sets her apart from everyone else. She is a child genius who was the first child to win a distinguished science prize from Mexico’s NAU for her inventions the solar water heater. She invented this solar water heater when she was just eight years old and from there has progressed a lot throughout the years.

Xochitl has been creating ever since she was 4 years old according to The Epoch Times and was even in the UNAM Adopt a Talent Program. This is not the first prize or the last she has won but it is definitely one of the more prominent, to say the least. She even created her own perfume at age 7.

Regarding her marvelous creation this little girl told Mexico News Daily as follows:

“In San Cristobal, it’s very cold most of the year so if people shower with cold water they can get sick with respiratory illnesses and constantly have to go to the doctor.”

“I want to help with my knowledge because there are a lot of poor people here.”

” I used the glass doors of a broken cooler to create a greenhouse effect.”

This interesting heater has the ability to heat ten liters of water between 35 and 45 degrees Celcius and is installed on the roof of her home itself. Her mother is very proud of her and says that even she is able to learn so much from her genius daughter. She is actually working with her brother to make improvements to the heater itself and hopes to create more for others if ever possible.

She hopes that by working with these heaters she can prevent those nearest her from cutting down as many trees. She told El Universal that her next step will be to try and install some of these heaters in the homes of the indigenous communities in Chiapas. This she hopes will keep many from getting sick and while it is an expensive project, she wants to try and help others in any way she can.

What do you think about all of this? I for one cannot wait to see what more this little lady does. She is clearly way ahead of her time and going to do great things.