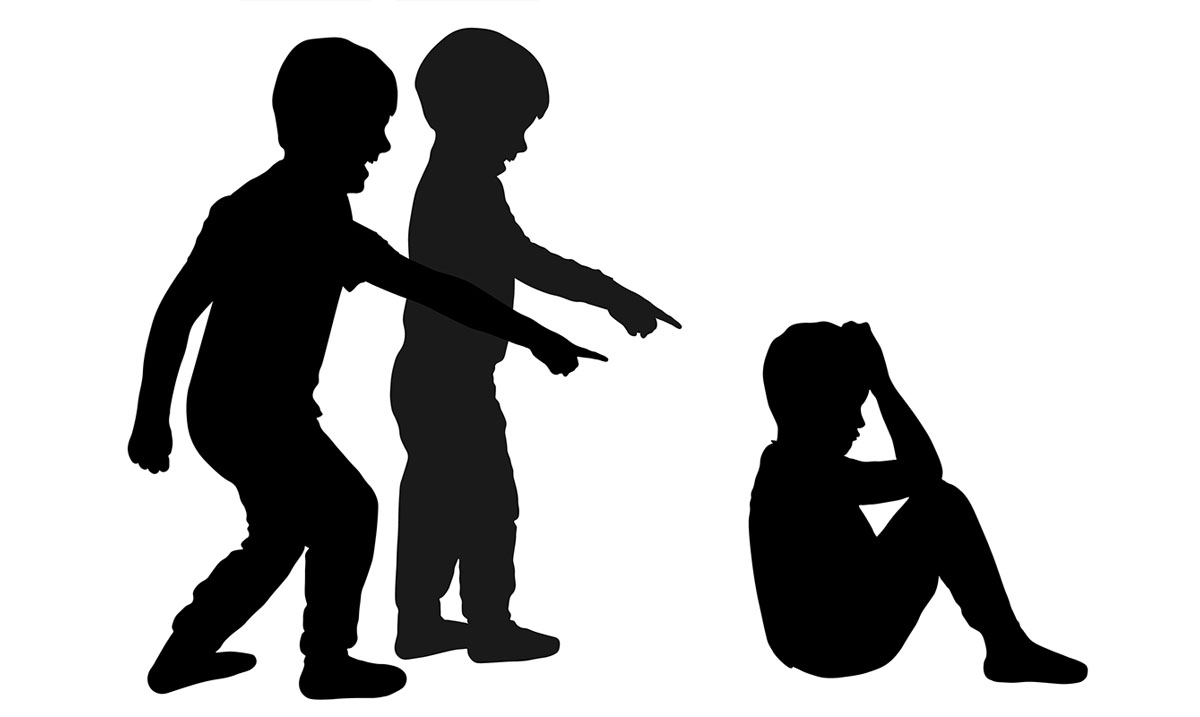 8 Ways To Help A Child Who Gets Teased

Now, don’t get me wrong, I am not in the business of beating kids up, but when I say my blood boiled when my daughter came home from school and told me her classmate Ezra called her stupid and fat, I mean my blood boiled. It was all I could do to not let my daughter see how angry I felt.

Not only that, but it took me back to a time in my childhood when kids would make similar remarks to me, and it made my heart break for my daughter because I could feel her pain.

Unfortunately, bullying happens all the time in schools, on the internet, and pretty much everywhere. I am thankful my daughter felt comfortable enough with me to tell me, rather than hiding it like a lot of kids do. And while there were several ways I wanted to handle it, I chose to take some expert advice instead of acting from an emotional or impulsive place. Here are 8 ways to help your child if they are being teased.

1. Prepare them with some empowering phrases to help them stand up for themselves.

In my case, with my daughter being called fat and stupid, I empowered her with some quick responses for the next time that little boy called her a name. (After I called their teacher and informed them of what was happening.) Because my daughter is not fat or stupid, one of the phrases I told her to use is “No, actually I’m not. You are just trying to get a rise out of me. And it won’t work.” Another tactic that is encouraged for her is to just walk away. That little boy honestly isn’t worth her time.

2. Help your child find something they are good at.

Because she was feeling down in the dumps about herself after being teased, I decided to help her find something to put her in a better mood. She wanted to try out a dance class, so we signed her up. As it turns out, she is good at dance and enjoys it so much. She hasn’t thought much of the bullying since she’s been so focused on her dance routines.

3. Encourage them to ask for help.

The first thing I told my daughter was the next time it happened, no matter how embarrassed she may be or no matter what those other kids said, to go tell someone. There is no sense in some kid harassing my kid at school. She doesn’t have to deal with that, and she won’t be made to.

When your little one is trying to talk to you, listen. I suppose the reason why my situation was made easier was that my daughter told me and I listened. I assume a lot of kids try to tell their parents and are brushed off.

Make sure your child realizes that what is happening is bullying or teasing or whatever the case may be. Label the behavior and encourage them to as well.

6. Coach them to not react when being teased.

The whole reason a bully does what they do is that they want a reaction. They feed off of it. Remind your little one that the more they react (by getting upset, arguing with the bully, etc) the more the bully is going to feel empowered to continue.

Tell your child when the bully is saying mean things to them to imagine their words hitting them like balls, but bouncing off because they are wearing armor. This might sound strange, and you can honestly word it however you wish, but the gist is to get them to imagine that the words simply bounce off or dissolve or disappear when they reach your child.

8. Show them how to turn things around.

Show your child how to take a bullying remark and turn it into a compliment. An example would be if a bully is making fun of your kid’s clothes, instead of getting upset, teach them to say, “Thank you for noticing my new clothes.” Oftentimes, this will confuse the bully-making them less likely to continue.