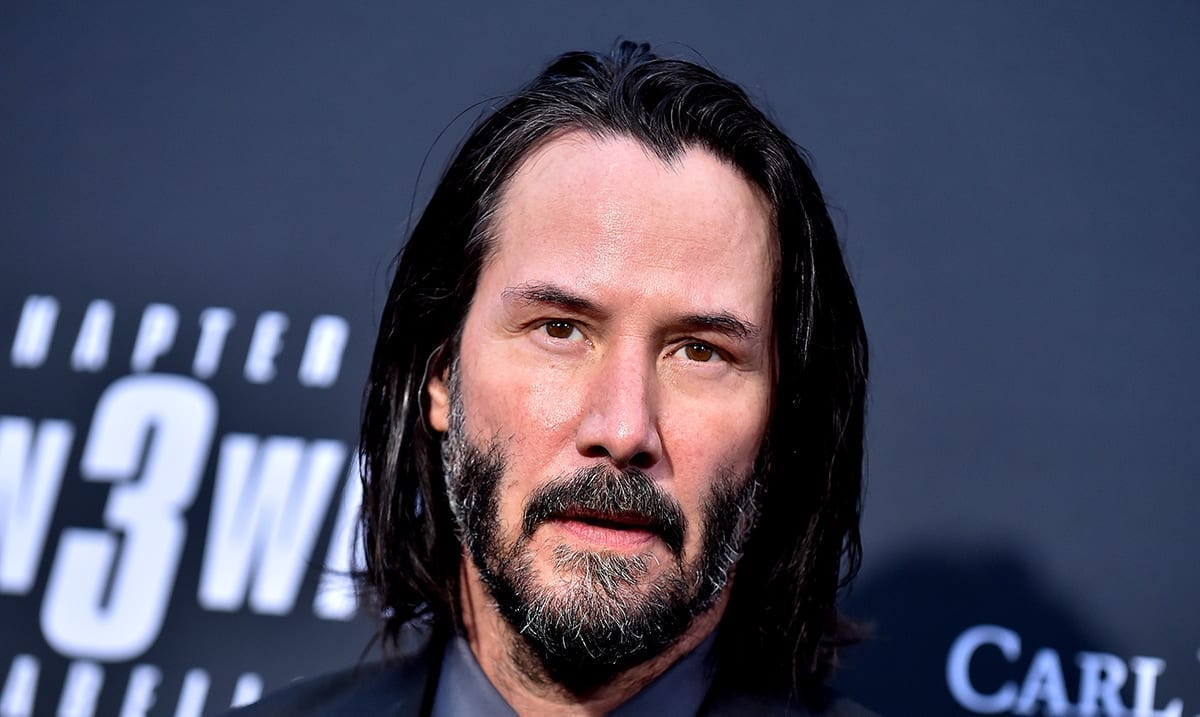 By Gerald SinclairJuly 31, 2020No Comments

Keanu Reeves for some reason has managed throughout the years to remain someone the public overall loves. While he is extremely wealthy he seems to live a somewhat modest life and well, in general, it seems he tries to give back as much as possible.

Reeves unlike most celebrities still acts and feels like your average person and I think that is part of the reason why so many seem to adore him. I recently stumbled across an older Reddit post that went over how much of a hero Reeves was and honestly, some of the things shared in the replies there blew me away. While we don’t know for sure if all of these stories of people’s encounters with Reeves are true, I’m going to share some of the best ones below.

These are people’s ‘real-life’ accounts of their experiences with Reeves and well, they will make you love him even more than you already do. Do you think he actually did all of these things? I honestly wouldn’t put any of them passed him. Now, while the last few might not come from Reddit, they are also worth noting and show just how amazing this man is as well.

1. He helps those who are having car trouble.

“A friend of mine told me that she was once stranded on the side of a highway outside LA when her jalopy broke down. She had no cell phone (that was before most people had cell phones) and no way to call for help. Then a nice black Porsche pulls over and as you can guess, it was Keanu. He tried to help her jump-start the car and when it didn’t work, he called AAA for her. When they towed her car, he offered her to drive her home, which she accepted. He drove about 50 miles out of his destination just to drive her home. She told me she hoped he would hit on her but he didn’t, he was just a gentleman, dropped her at her house, gave her his phone number and told her to call him if she needed further help.” – lovemyax

2. He tends to express gratitude for even the smallest workers and even buys them lunch.

“Back in the late 90s and fresh out of college I got my first job as an assistant prop designer on the set of Chain Reaction (Keanu was a supporting actor with Morgan Freeman). EVERY DAY for the last few weeks of filming, Keanu treated the stagehands and “grunt workers” (including myself) by taking us out for free breakfast and lunch. He was genuinely a very nice guy to work with.

Since then, I’ve worked on about 30 different sets and have never met an actor as generous and friendly as him. Most actors I’ve seen and worked with are total douches who always think they are better than us. Keanu on the other hand, at the very least, was socially approachable and definitely kindhearted.

That was one example (that involved me directly), but (on the same set), I remember him going out of his way to give my friend a ride to the repair shop to pick up his car… I’ll write more as I remember, but it’s been a while.” – bo2dd2

3. He’s always described as generous and kind, no matter who you ask.

“I realize this is a second-hand story, but it is in keeping with the other anecdotes I’ve read on this thread so far so I thought I’d share. I have a friend who moved to L.A. from Arkansas and works as a wedding photographer. She ended up running with a circle of friends that included Keanu. These friends would get together and go out for drinks every couple of weeks. When I asked what he was like, she bursts out in flowery praise saying that he was one of the nicest, most generous people, a good listener, and was laid back enough that he’d invite people over to his house. I was filled with disbelief until she showed me a group photo. This made an impression on me because my friend is not what you would call a “mover and shaker” or the L.A. type. At the time she was just a very overweight twenty-something from Arkansas trying to get her shit together and recover from some bad past experiences. He’d had obviously made a big impression on her because she was very protective of his person.” – biscuitsucio

4. He brightens everyone’s mood when he’s around.

“Comment probably won’t be seen since I’m so late on this…..but:

My brother works at a coffee shop in New York, it’s got pretty alright coffee but the real draw is that they roast their own beans and all the beans are sucked through pneumatic tubes into a machine that grinds and brews all at once. It’s a bunch of bells and whistles and doesn’t necessarily make for the best coffee ever. Anyway, Keanu comes into the store and orders a coffee, asks my brother how the whole system works, and immediately after he finishes, he pauses, looks surprised, and says ‘Whoa.’ It was perfect. And it seemed like he was actually interested and impressed by the fancy nature of the coffee shop.” – [deleted]

5. He gave a set builder in need roughly twenty grand.

“A family friend builds movie sets, doesn’t design, is one of the poor dudes that just builds. Anyways he worked on the set for the Matrix and Keanu heard about family trouble he was having and gave him a $20,000 Christmas bonus to help him out. He also was one of the only people on the set that genuinely wanted to know people’s names, would say hello and mean it, and would talk to people as they were his peers and not below him just because they were practically making nothing to build a set. I’ve never heard anyone say Keanu is douche, seems like the nicest person in Hollywood from a second-hand experience.” – Kahi

6. He may have bought the special effects crew from The Matrix Harley’s for Christmas.

“I had a few friends working special effects jobs on the Matrix movies, he bought all of them fucking HARLEYS for Christmas during the shoot for the second one.

One of those guys, Paul, said that Keanu was the most sincere, humble, and lovely dude he’d ever met. Said he eschewed contact with the cast in favor of hanging out with the crew, was the only guy the martial arts coaches respected out of the whole cast and was the bravest man he’s ever met. That scene in the first Matrix film, the assault on the office tower lobby – Keanu turned down earplugs for all the charges blowing everywhere taking “bullet holes” out of pillars, walls, etc, just for authenticity. When he turns and hides behind a pillar which explodes with bullets hitting it on both sides, Paul said “the entire crew was about 15 meters away, with ear protection, and all flinching anyway when the charges blew – Keanu just took it like a complete badass”.

EDIT: I remembered, Paul also told me that Keanu once explained to him why he was getting so many action roles. He had injured himself at some point and had fused vertebrae in his upper back or neck, so when he turned his head, his shoulders and chest tended to follow, because of his limited flexibility. “It makes me look dynamic, rather than disabled” was his explanation.” – [deleted]

7. He’s been recorded giving up his seat on the subway which is something most would not consider.

8. One time (and likely more) he was spent time with a homeless man because he wanted to.

There is a photograph of Reeves that goes around quite often of him sitting with a homeless man just sharing the moment. Reeves back in roughly 1997 when this was taken sat with this man and treated him like an old friend. They shared snacks and talked for as long as Reeves could.