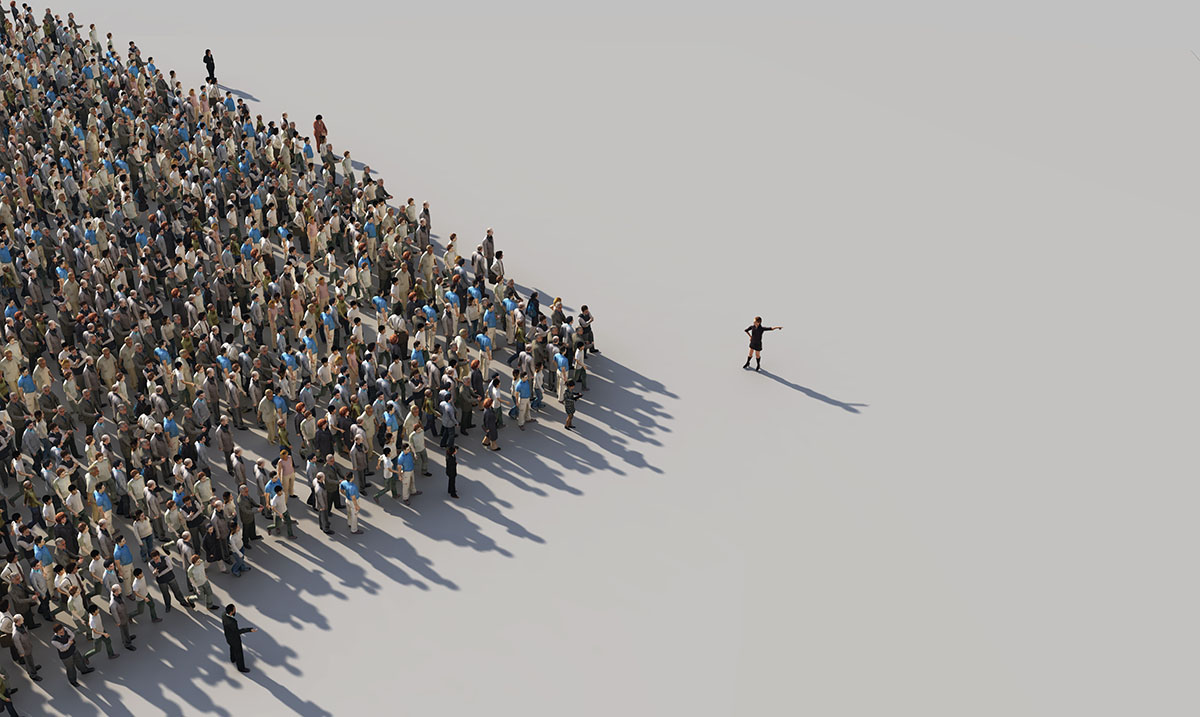 8 ‘Red Flags’ That Prove You’re a Better Leader Than You Realize, According to Science

Before you begin shaking your head hear me out. While many of these traits may seem negative, they have scientifically proven traits of a strong leader. Far more often than not, we have the wrong idea of how things work. But, as long as we continue to learn and understand the reality, the more we can improve.

Below, I’ve listed 8 ‘red flags’ that most people assume to make them less of a leader when in reality, they make them a better leader.

While it might seem counterproductive to start slowly, it helps you on your way to a successful outcome. When two researchers, Jonathan Freedman and Scott Fraser went door to door asking if they could put up a sign on people’s front lawn that said, “Drive Carefully,” only 20% would agree.

When they asked if they would put up a 3-inch sign, more people agreed. They later went back, and when they did 76% of people agreed to let them put up the sign. See what I mean?

There is a time and a place to speak quickly, such as an auction. However, when you are over a team, a study carried out by the Personality and Social Psychology Bulletin found that you should only speak fast if your audience is inclined to disagree with you. When trying to persuade a team, speaking slowly gives them time to think about what you have said, and also consider their own opinions. Because they have a combination of their own bias and your reasoning, they are more likely to come to terms with what you have to say.

3. You admit the negative possibilities.

When we explain something to others in an attempt to persuade them to do something, we often feel the need to leave out the negatives. However, to do so is to figuratively shoot yourself in the foot. University of Illinois professional Daniel O’Keefe explains that when you share the negatives and the positives, you are far more likely to persuade them.

Many people believe the harder you work, the better you are. And while hard work isn’t bad, it’s also necessary to take time off. A recent study found that when leaders put their all into the time they had and then shut their minds off to work during their off-hours, they had greater leadership success.

5. You motivate with praise versus incentive.

A study carried out by Professor Norihiro Sadato that focused on social rewards found that motivation through praise is just as effective if not more effective than showering workers with extra cash. The reason for this is known as the Pygmalion Effect. When you praise someone, it lights up the same area as a cash reward, and additionally, it gives them a label they are likely to want to live up to.

While charisma is a good trait of a fine leader, it takes much more than that, says a 2020 study published in the Journal of Business and Psychology. In the study, when allowed to choose their type of leader, most participants chose a leader who was hands-on over charismatic.

Most people envision a leader who simply leads, however, research has shown that having a competent boss is one of the biggest influencers of total job satisfaction from employees. So, if you like to work in the trenches alongside your employees, it’s likely they consider you to be a great leader.

8. You aren’t always a morning person.

Another thing that most people assume is that a good leader should be charismatic from the moment they enter the office. However, if you jump right in and you aren’t ready, studies show that you may not have the enthusiasm needed to persuade. So, if you are a morning person, go for it, but if you pick up steed later, take time until the afternoon to voice your presentation.