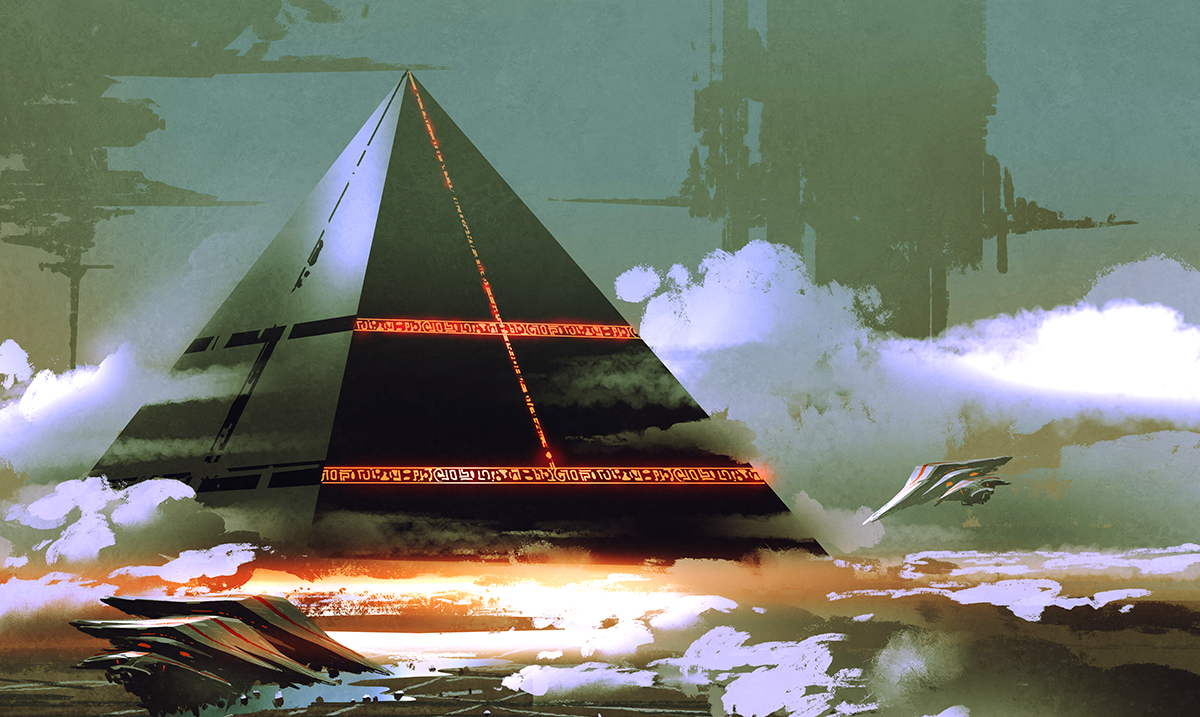 You might not believe in aliens but chances are you’ve heard a lot about them. Theories about aliens and their influence over our world are something that will never die out.

There are tons of different places and things in this world that could be summed up by ‘blaming aliens’ when you actually break them down. Below I am going to go over some of the most interesting ancient sites that many believe even now were created by something or someone not of this world. Have you heard about any of these before?

7 Ancient Sites That Are Thought To Have Been Built By Aliens:

These are straight white lines etched into the desert. While they might seem random or meaningless they join together in some peculiar ways. They create several different animals and are thought to be messages from aliens here to their ships above. These drawings are at least two millennia old and are without a doubt unexplainable.

While the pyramids are well known many don’t take the time to think about how they were created. At almost five thousand years old rock and things of the sort should not have been movable at least not on the scale that was done to create such amazing things. How the Egyptians managed to pull this one off is something we will wonder about for years to come.

There have been lots of theories about alien involvement and are documentaries about it all over the web. Perhaps there is more to it than you might think.

This ancient city in Mexico is well known for its temples and was built over two thousand years ago. It is something many find to be otherworldly in general and could have been built by many different cultures, not just one. Considering how old it is and how advanced the entire thing is in itself, many believe it had to have some kind of extraterrestrial influence.

Yes, there is a strange face on Mars. It made headlines when it was first noticed and is still the topic of a lot of conspiracies even now. This face was first spotted back in 1976 and seems to have been created by someone or something, somehow. Many believe aliens built this face on Mars and we truly know nothing about it.

That being said, using a higher resolution camera, the face doesn’t seem to be present at all. Depending on who you are this either feeds into the conspiracy or breaks it apart. What do you think about the face on Mars? You can click here to learn more about it.

The Sacsayhuaman is basically a fortress, it is made out of giant stones and took a crew of 20-30,00 men 60 years to complete. It almost looks as if something from a fairytale and is a literal work of art. It is thought that it must have been created through ancient people working with those from outside of our world. While no such link can be proven, the future may reveal more than you think.

Stonehenge is in England and consists of a lot of stones that make up some kind of circle. It is not something we know much about and its meaning is something many ponder over even now. The stones seem to be aligned with solstices as well as eclipses and are quite unique. This one also comes with tons of different origin theories one of which being aliens. You can click here to learn more about all of these different theories.

Easter Island is also a complete mystery. The whole place is full of large stone figures that look like faces. No one knows who made them, how they got where they are, or anything else.

They are said to have been created by the Rapa Nui people but realistically, they should not have been capable of such back in that time period. These figures are over a thousand years old. Many believe something or someone from another planet may have played a big part.