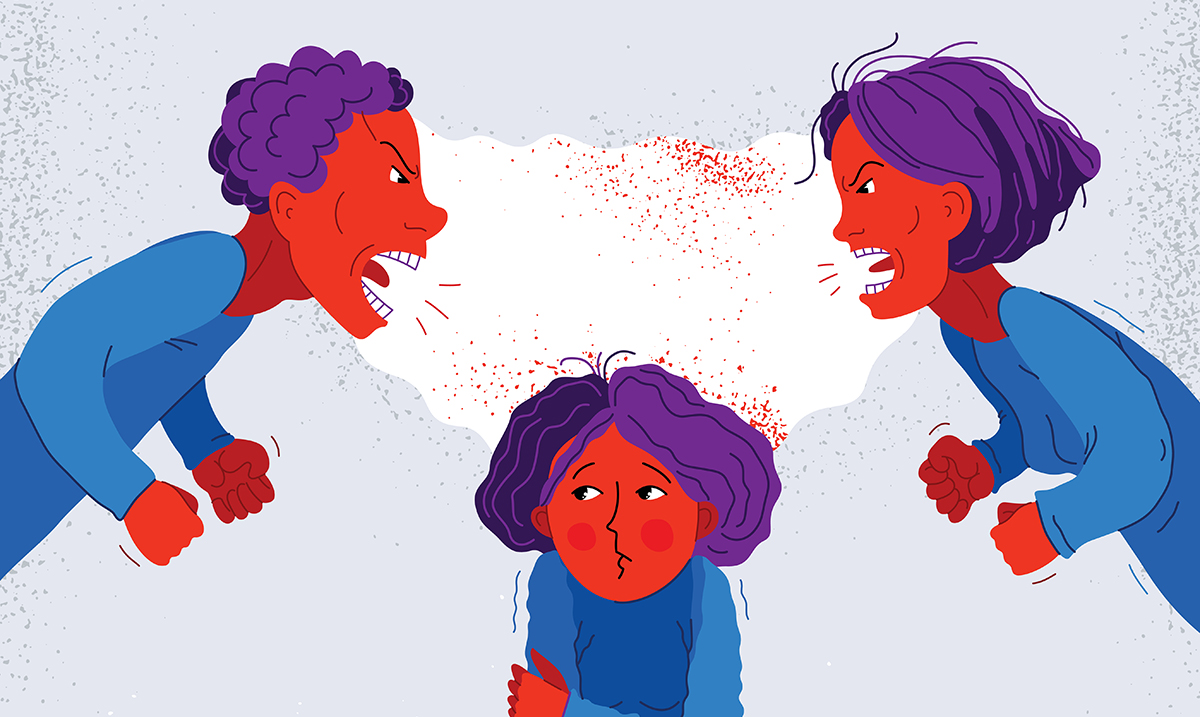 7 Things Parents Should Never Do To A Child

Most parents have the best intentions, and while that cannot be said for all parents, no matter how good your intentions are, you can still make a mistake that causes detrimental harm. If you look back to your childhood, it’s likely there were moments in which your parents messed you up.

Much like anyone else, parents do not always know best. Even when they believe at the moment that they do, there will be moments in which they royally mess up. In some cases, some parents are just flat-out toxic and don’t care whether or not their actions cause their kids harm. Chances are, no matter if your parents meant to mess you up, or if they simply didn’t care, the results can end up just the same.

So, what are these traumatic mistakes made by parents that end up leaving their children in shambles? Here are 7.

1. Scolding them harshly when they make small mistakes.

Everyone makes mistakes, especially small people who are developing, growing, and learning. While it’s one thing to scold a child who is purposefully acting out, it’s another to scold them over a small mistake. When you do so, you are enforcing the mindset that they should be perfect and without error. In turn, they are going to end up anxious and with low self-esteem.

Another way to mess your child up is to constantly criticize their every move. While you may have the best intentions, you are causing them to constantly agonize over every choice and every move they make. In turn, they may struggle with their actions and obsesses over every action.

3. Fighting in front of them.

Everyone argues this is true. And for many of us, we have experienced our parents arguing in front of us. Unfortunately for some of us though, who witnessed our parents get into knock-down drag-outs, the results can be traumatic.

E. Mark Cummings, a psychologist from Notre Dame, has published hundreds of papers about parents fighting in front of their kids. Kids notice and pay attention to their parent’s emotions, and witnessing them fighting leaves them worried, anxious, and depressed. Additionally, Cummings says that the damage can last a lifetime.

Some parents may live by the “Do as I say, not as I do,” mindset, but this doesn’t work. Children are like sponges, who absorb everything going on around them. When their parents take up bad habits but expect them to do differently, they are heading towards failure. If you want your child to exhibit good habits, you also have to exhibit good habits.

5. Being their friend and not a parent.

As a child, I always had friends that were buddy-buddy with their parents. Their parents would let them drink, go off with boyfriends/girlfriends at a young age, and would talk to them about everything. There were no boundaries or rules. There were moments in which I was jealous, as my mother was strict. But looking back, I am happy my parents did not act like my friend, and instead acted as parents.

Dr. Sue Hubbard who is the host of The Kid’s Doctor radio show explains that it’s crucial to set boundaries and to act as a parent. As the rate of alcohol and drug abuse continues to rise, Hubbard explains that “part of that may be because parents want to be their child’s friend rather than the parent. It is often easier to say yes than no, and parents seem to turn a blind eye at times to the use of alcohol and drugs (especially weed) in their own homes. The scary part of this: Alcohol is the leading cause of death among teenagers.”

Additionally, studies have shown that parents who tend to lean towards a relaxed parenting approach, pretty much allowing the kids to parent themselves end up causing their children to be stunted emotionally, and intellectually.

It’s one thing to try to show and encourage healthy eating habits, and another to adhere to strict and even unhealthy food rules. For example, some parents may say, “You cannot leave the table until your plate is empty,” but when they do so, they are teaching their child to ignore their hunger and satiety cues, leading to unhealthy eating behaviors well into adulthood.

For parents on the go, especially in modern times where unhealthy and junk eating is nearly glorified, it may be tempting to stock up on convenience junk foods for your children to eat. However, family meals are important, because they work as lessons on healthy eating habits and are also crucial for bonding. Bypassing this by skipping healthy family mealtimes and replacing them with random junk grabs is only going to destroy your child’s health and set them up for poor eating habits later down the line.