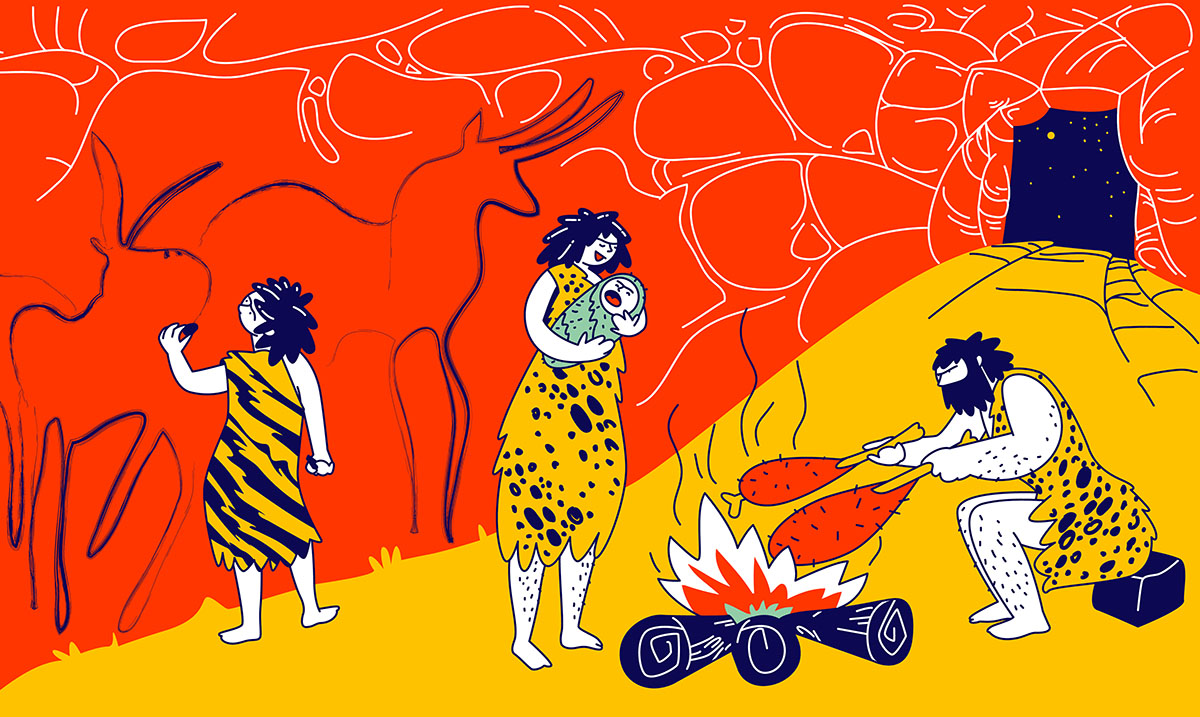 I think a lot of the time, when we think of ancient techniques, we think of them as antiquated and out of place in modern times. However, these prehistoric parenting techniques are still valid.

Actually, not only are they valid, they are quite useful. When you think about it, it just goes to show that some things never change. While a lot has changed in regards to parenting, I believe there are just some concepts that are instinctual to use for a reason: they work.

For some of these, if you really wanted to grasp at straws, I suppose you could say that the medium has changed, but when it comes down to it, it’s still the same general idea. While prehistoric kids may have listened to tribal drums, modern kids have access to music through apps like Spotify. Regardless, the point is the same. No matter how much time passes, some things won’t ever lose value.

1. Breastfeeding was a must with baby-led weaning.

According to one study, Stone Age mothers would breastfeed their children much longer than modern moms, even up until the ages of 3-4. Some studies have speculated that because of this, their brain development and immunity were likely better than in modern times.

2. Keeping them busy with art.

In modern times, mamas bring home coloring books and crayons or use drawing boards to produce art with their kids. While this may seem like a modern practice, it actually isn’t. Various cave drawings have led experts to believe that prehistoric kids were also given access to art as well.

We have various forms of community play in modern times, from school recreation times to parenting co-ops and parks and community centers. While this may seem like a modern concept, it actually goes back to the Stone Age, when children were placed together to build their toys and play with them. For older kids, this time was used to forge weapons.

Infants and babies don’t like being left alone, so oftentimes new mommas carry their babies close while they complete their tasks. This isn’t anything new, though, because there is a ton of evidence that supports pre-historic parents carrying their infants with them everywhere they went.

5. Elders pitch in to help with kids.

This is unfortunately one thing that could be wearing away as time goes on. Many modern kids don’t get to enjoy the fullness of a family, complete with elder caregivers. But, that doesn’t mean it’s any less important now than it was back then. Even in the Stone Age, people knew that the wisdom passed from elders was something completely necessary for their culture to thrive.

6. Bottles are used to help feed the baby.

This one shocked me! But some of the first baby bottles were made from clay! Even crazier, is that these bottles date back over 5,000 years ago!

While many corporal punishment enthusiasts may view positive parenting as a new ‘woke’ ideology- it actually goes back to the Stone Age. Several studies have shown that Stone Age parents were much more likely to be into attachment parenting style behaviors than anything else. So, kids were held, hugged, loved, and carried instead of being beaten and spanked.