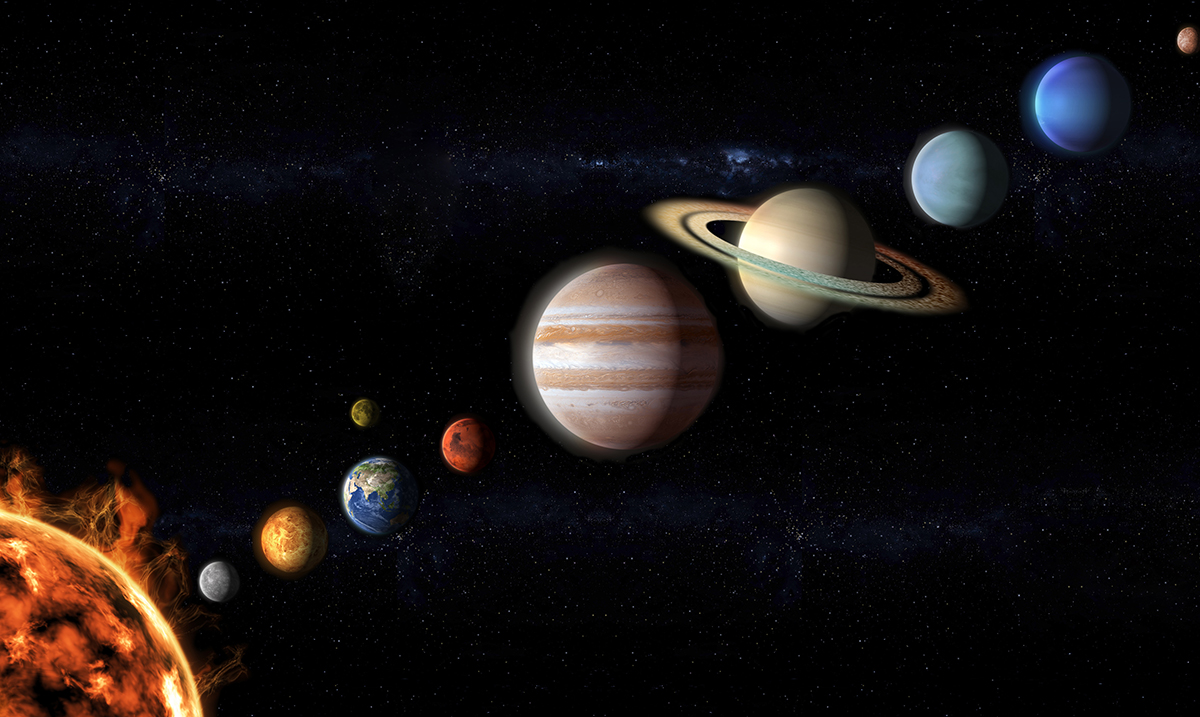 5 Planets, 2 Large Asteroids, And The Moon To Align In The Sky This Week

By Harley MansonDecember 11, 2021No Comments

Beginning on the 6th-10th (today) we have been able to see three planets in the night sky, however, as of the 12th, two more will join in, making for a beautiful parade of planets. Additionally, the crescent moon will seemingly be in alignment with the planets, making an even better show.

And since the moon will only be a crescent, it should make for easier viewing for the show.

According to Fox4 Kansas City, this is the timeline of events.

On Dec. 6, the crescent moon will appear near Venus within 3 degrees in the early evening sky. Venus is the brightest planet.

On Dec. 7, the crescent moon and Saturn are about 5 degrees apart. Saturn is a fainter planet with gold color. If conditions are right, you can see its rings with a telescope during twilight, and may even see its largest moon, Titan.

On Dec. 8, the moon approaches close to Jupiter, our largest planet. With clear conditions and a telescope, you may be able to see its four largest moons.

On Dec. 10, look for the moon, Jupiter, and Saturn forming a nice row in the sky.

Beginning on December 12, just two days from now, Venus, Saturn, Jupiter, and the moon will all be visible with the naked eye. However, if you want to see, even more, you can see Neptune, Uranus, Ceres (a dwarf planet), and Pallas, which is a large asteroid, with the help of a telescope.

Additionally, beginning on the 13th and 14th, the Geminid meteor shower is going to peak, and it’s thought to be the best meteor shower of them all. This particular meteor shower will be best viewed in the late hours of the night (technically the early morning) around 2-4 AM. During its peak, the Geminids can produce around 150 meteors per hour, but likely a little less. Regardless, the asteroids it produces are beautiful, bright green flecks of light.

Needless to say, this is going to be a spectacular month for skywatching, and you don’t want to miss the show!