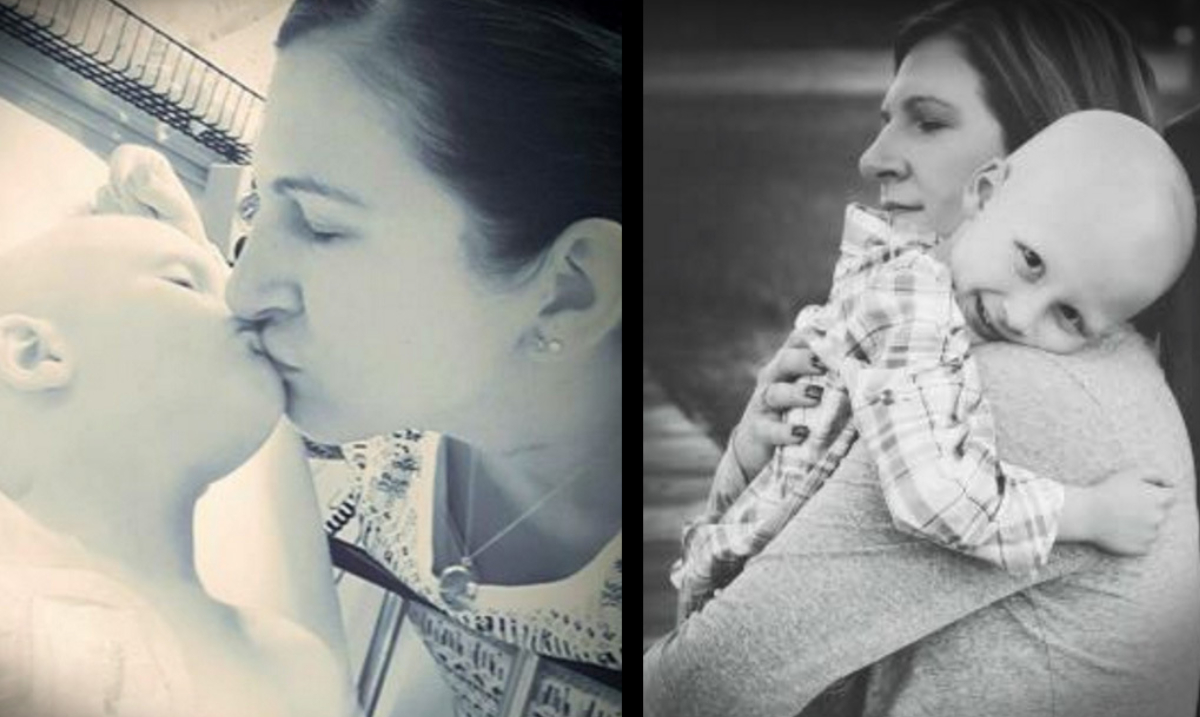 If you are looking for a completely feel-good story, then this may not be for you. However, that truly depends on your idea of a happy ending, because honestly, while this is heart-wrenching, it is also quite sweet.

Some people, perhaps the best people, are born good, and as the great Billy Joel sang, ‘Only the good die young.’ And this sweet boy proves it.

Even at the young age of four, Nolan Scully wanted to be the best of the best. It was his dream to be a police officer and to serve his community like his firefighter father. Sadly, young Nolan was diagnosed with a rare soft-tissue cancer at the age of three. And from the time he was diagnosed with rhabdomyosarcoma, his family endured the most painful of journeys.

To give him his wish, before his passing, the local police department made his dreams come true, by making him an honorary police officer. Since that day, he will forever be known as Sgt. Rollin’ Nolan.

Across the world, young Nolan had the support of many, with various doctors working to bring him back to health and to make him well.

Unfortunately, they later found out the news they had been dreading since they heard the diagnosis.

“We were sat down with his ENTIRE team. When his Oncologist spoke, I saw the pure pain in her eyes. She had always been honest with us and fought alongside us the whole time. But his updated CT scan showed large tumors that grew compressing his bronchial tubes and heart within four weeks of his open chest surgery. The Metastatic Alveolar Rhabdomyosarcoma was spreading like wildfire. She explained at this time she didn’t feel his Cancer was treatable as it had become resistant to all treatment options we had tried and the plan would be to keep him comfortable as he was deteriorating rapidly.”

They had all wished that this news would never go, but his mother, Ruth, decided she had to have the strength for Nolan to let go. And Nolan, being the strong, and gentle boy that he was, had absolutely no fear of what was to come. Instead, he promised his mother right before he finally let go, that he would wait for her in heaven.

Ruth shared her last conversation with her sweet boy:

Mom: Poot, it hurts to breathe, doesn’t it?

Mom: You’re in a lot of pain aren’t you baby?

Mom: Poot, this Cancer stuff sucks. You don’t have to fight anymore.

Mom:: No Poot!! Is that what you have been doing?? Fighting for Mommy??

Nolan: To keep me SAFE! (With a big grin)

Mom: Honey … I can’t do that anymore here. The only way I can keep you safe is in Heaven. (My heart shattering)

Nolan: Sooooo I’ll just go to Heaven and play until you get there! You’ll come, right?

Mom: Absolutely!! You can’t get rid of Mommy that easy!!

Nolan: Thank you, Mommy!!! I’ll go play with Hunter and Brylee and Henry!!”

After giving his mother permission to go take a quick shower, he closed his eyes and went to sleep. Soon after he went into a coma, but when his mother laid down beside him, he woke up long enough for her to hold him and sing to him until he passed.